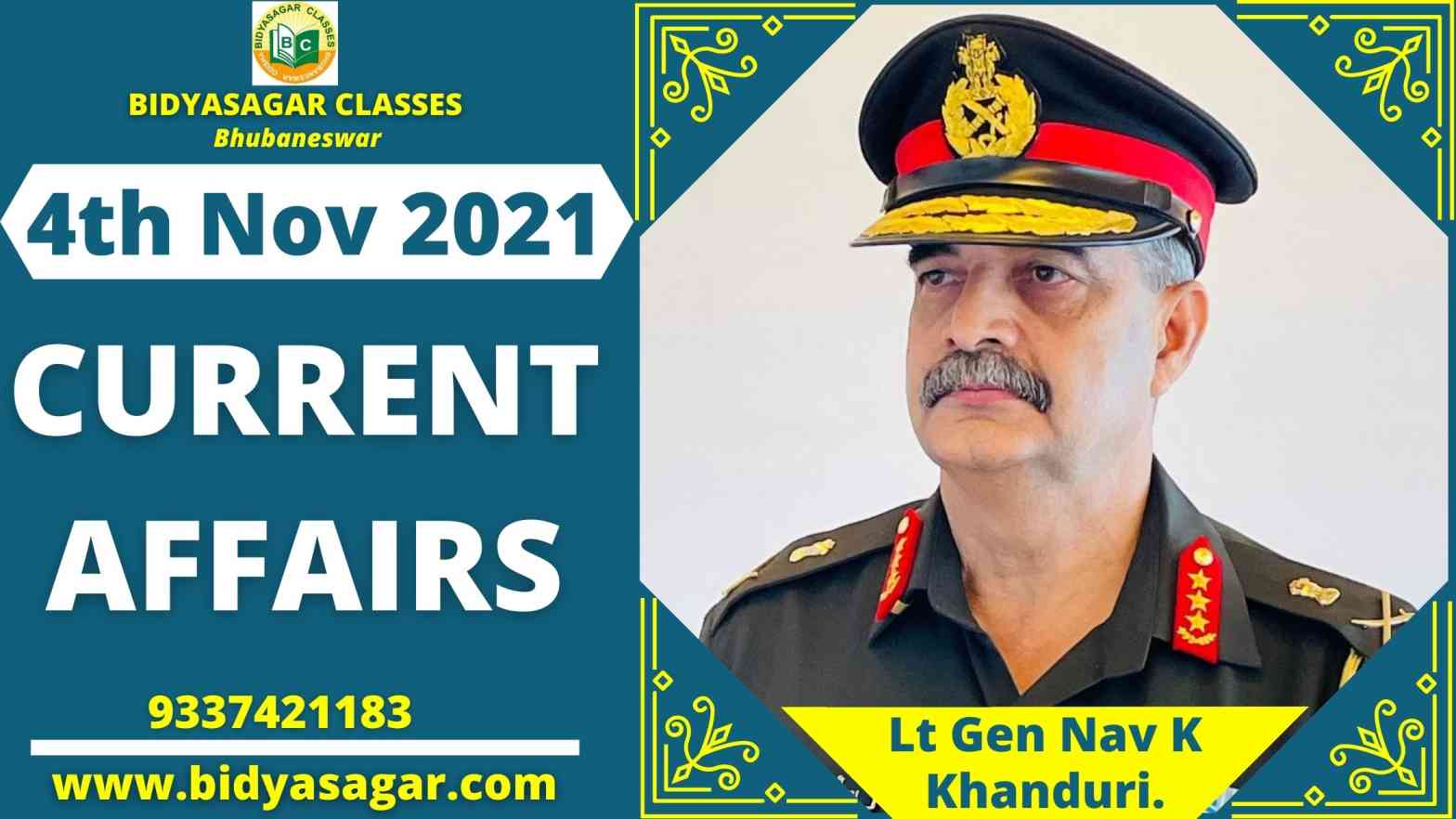 In this article, we will discuss all the important current affairs of 4th November 2021 in detail.

1. PM Modi announces the launch of the ‘Infrastructure for Resilient Island States’ initiative for the world’s most vulnerable countries.

2. In the Thoubal district of Manipur, the government has launched Go to Village 2.0.

4. The Senior Women’s National Football Championship will be held in Kerala.