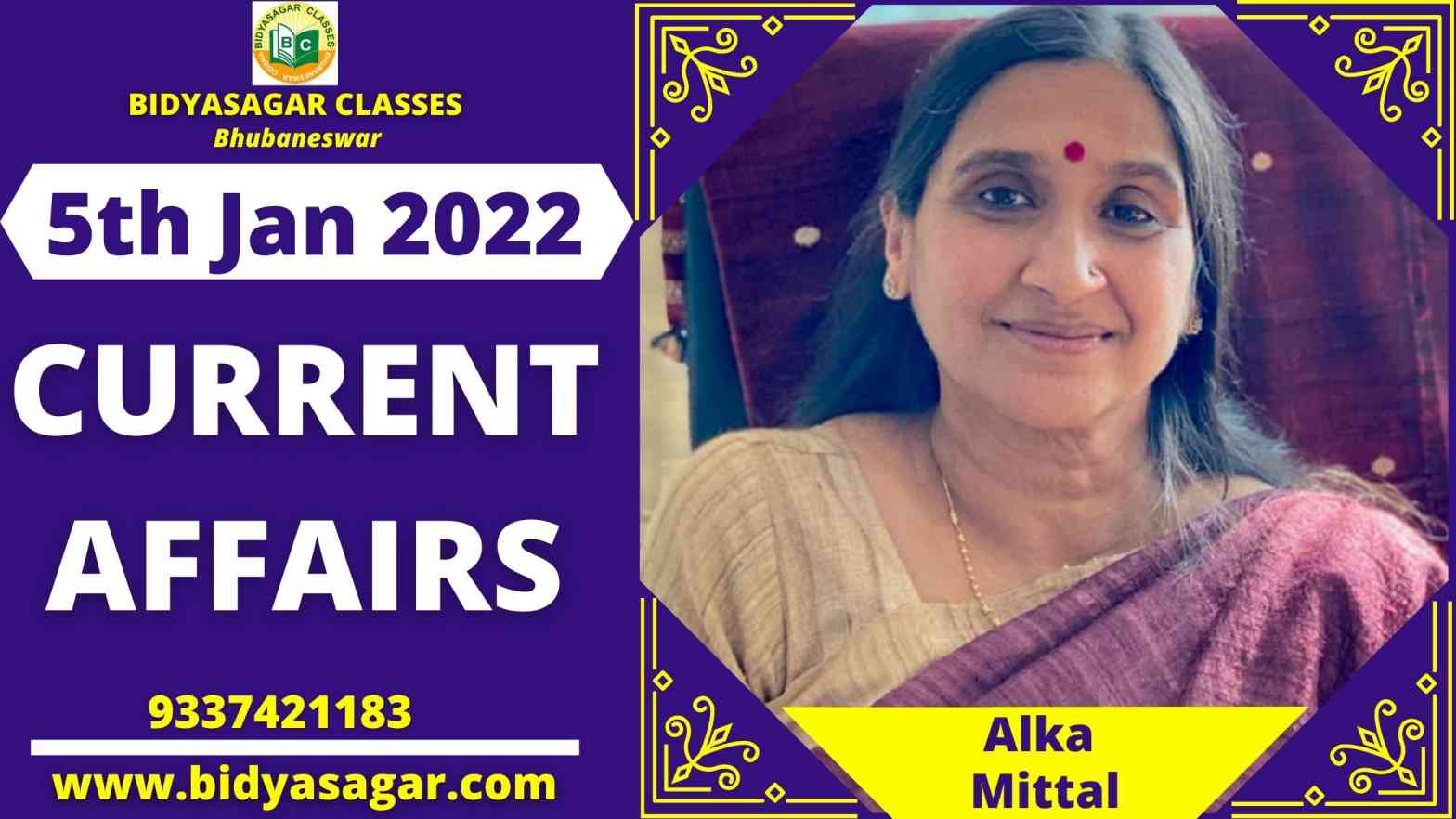 In this article, we will discuss all the important current affairs of 5th January 2022 in detail.

2. Telangana was the state with the most ODF villages.

5. Apple became the first corporation in the world to reach the $3 trillion mark. M-Cap

6. The Reserve Bank of India has designated Airtel Payments Bank as a scheduled bank.

9. The Reserve Bank of India (RBI) has released a framework for facilitating small-value digital payments in the offline mode.

11. G Asok Kumar has been named Director-General of the National Ganga Cleanup Mission.

13. Harpreet Chandi became the first woman of colour to walk to the South Pole alone and unassisted.

14. Viktor Saneyev, a three-time Olympic gold medalist in the Triple Jump, has died.