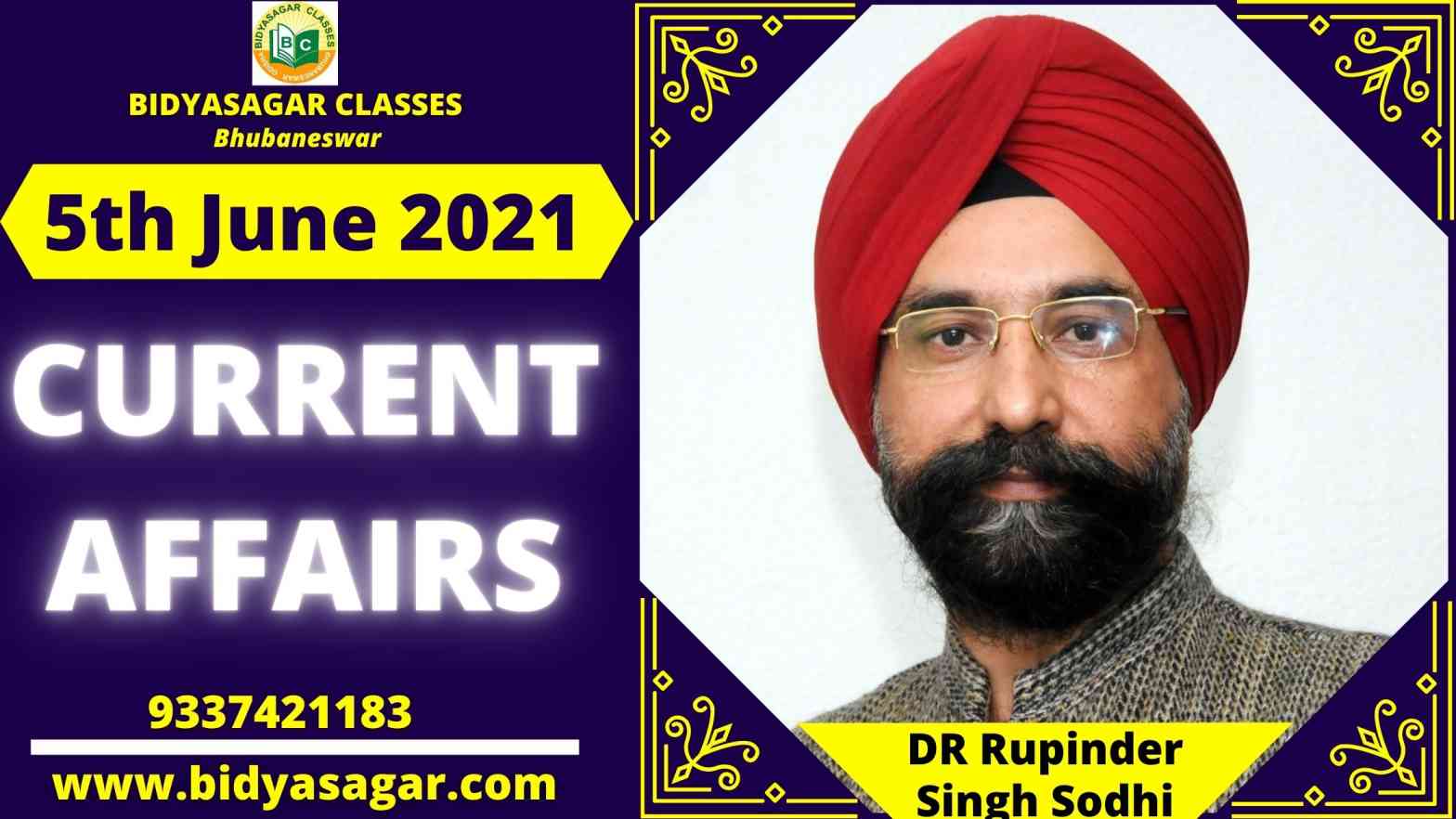 In this article, we will discuss all the important current affairs of 5th June 2021 in detail.

3. Gujarat’s Vishwamitri river project has been approved by the National Green Tribunal.

4. To enhance digital learning, the Lt Governor of Ladakh has launched the YounTab initiative for students.

5. The government has increased the validity of the Teacher Eligibility Test (TET) from 7 to Lifetime.

6. Along the LAC, China instals an integrated air defence system.

10.Wipro is the third Indian IT company to have a market capitalization of Rs 3 trillion.

11. The first-ever APAC cybersecurity council has been established by Microsoft.

13. Paresh B Lal is the new India Grievance Officer of WhatsApp.

14. Dr. Vinay K Nandicoori has been named Director of the CCMB.

15. RS Sodhi of Amul has been elected to the board of the International Dairy Federation.

16. Sandhayak, an Indian Navy hydrographic survey ship, has been decommissioned. After 40 years of dedicated service,

17. The government has launched a WhatsApp app called X-Ray Setu to detect COVID-19 patients in locations where RT-PCR tests are not available.

19. Anerood Jugnauth, the former President of Mauritius, has died.