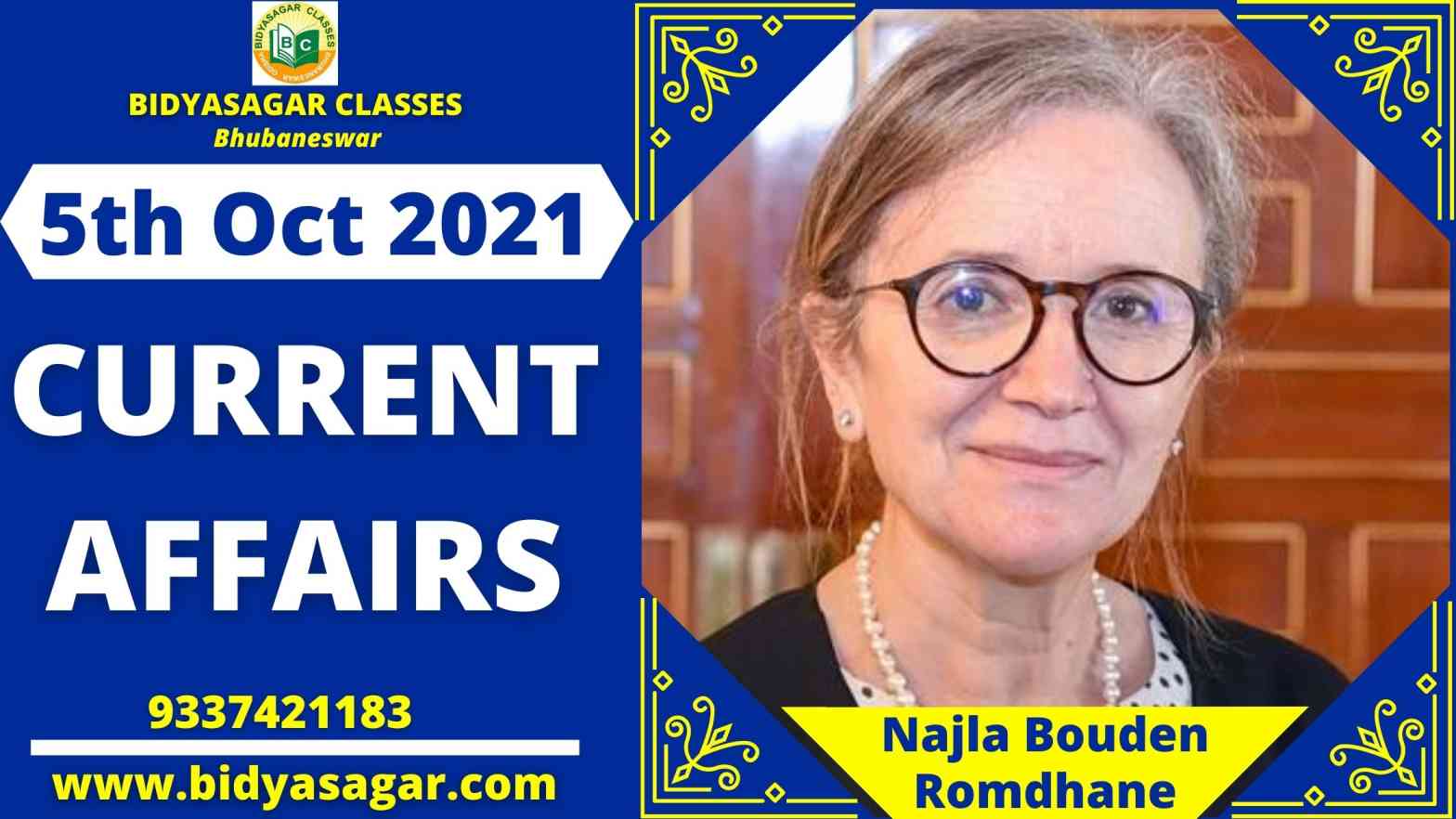 In this article, we will discuss all the important current affairs of 5th October 2021 in detail.

1. The government has approved a budget of Rs 7234 crore to implement integrated farming in all gramme panchayats by 2023: Agriculture Minister of Karnataka

2. The government has extended the Credit Guarantee Scheme for Subordinated Debt until March 31, 2022.

5. The India Pavilion was unveiled at the Dubai Expo 2020.

6. During the first quarter of this fiscal year, bank credit increased by 5.8% over the previous year.

7. The Asian Infrastructure Investment Bank (AIIB) has approved a loan of USD356.67 million for the expansion of the Chennai Metro Rail System.

10. A co-lending arrangement is signed between U GRO Capital and IDBI Bank.

12. Manipur’s government and Tata Technologies have teamed up to enhance technical education and foster innovation.

14. B C Patnaik takes over as LIC’s managing director.

16. Colonel Mamady Doumbouya has been sworn in as Guinea’s interim president.

20. David Julius and Ardem Patapoutian, both from the United States, will split the award for Medicine or Physiology in 2021.