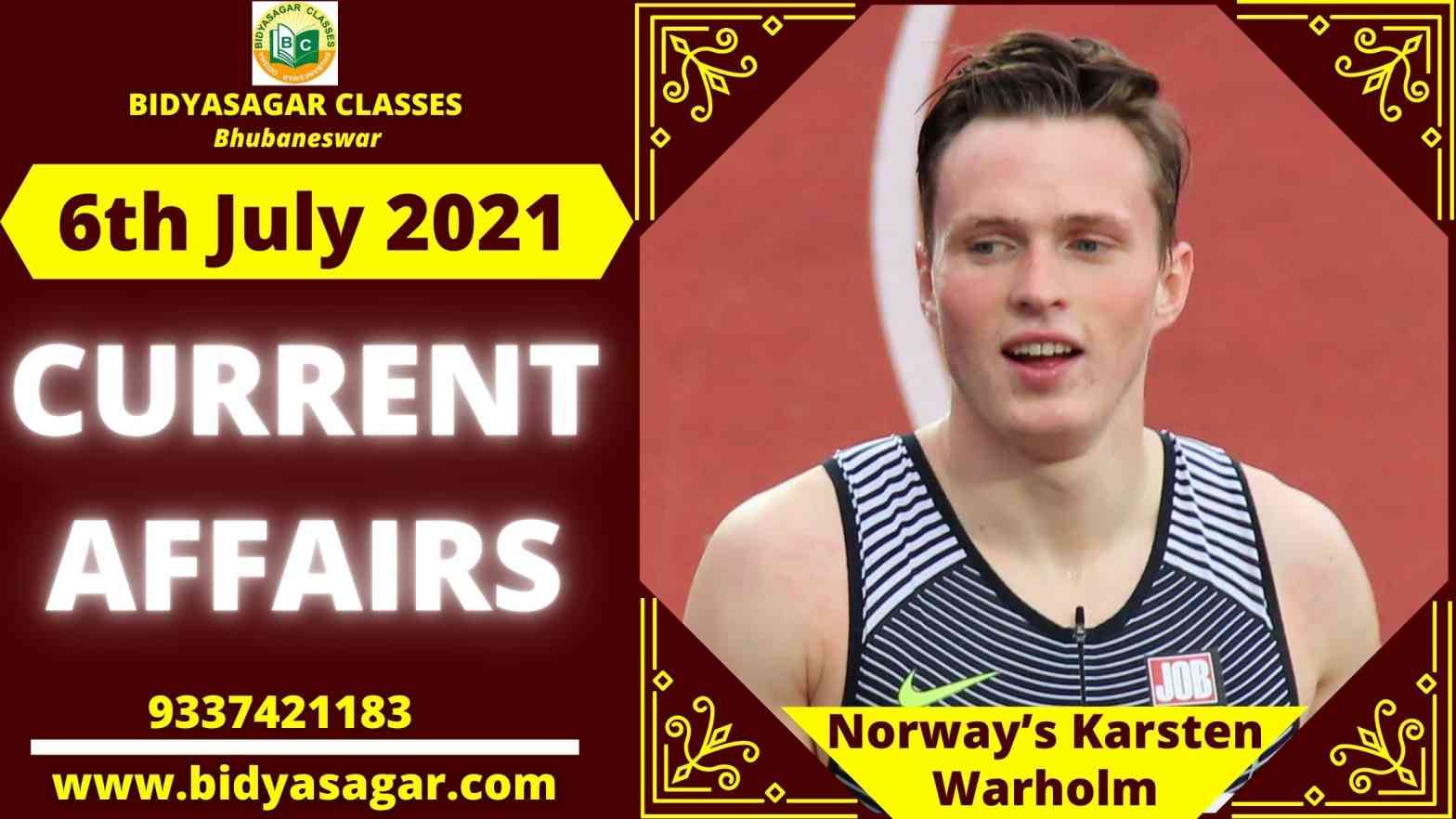 In this article, we will discuss all the important current affairs of 6th July 2021 in detail.

4. LG Manoj Sinha has launched the LGSDF programme for engineering, management, and other J&K graduates.

6. In Leh, the Parliamentary Standing Committee launches an investigation into several educational institutes.

7. The 52nd International Film Festival of India will take place in Goa from November 20 to November 28.

8. The Tourism Ministry has signed a Memorandum of Understanding with Yatra.Com to strengthen the hospitality and tourism industries.

9. The CBDT has extended the deadline for filing manual tax forms for international remittances.

10. Sirisha Bandla is the second woman from India to fly into space.

11. In Italy, the Indian Army Chief dedicates a War Memorial to Indian Soldiers.

12. Flipkart and PhonePe have teamed up to digitise cash-on-delivery payments.

14. In the first quarter of this fiscal year, India achieved its highest-ever merchandise export of 95 billion dollars.

17. Sanath Jayasundara, a former performance analyst of Sri Lanka Cricket, has been banned for seven years by the International Cricket Council (ICC).

22. Invest India has been named the most creative Investment Promotion Agency for the year 2021.

23. Sushant Singh and Shruthi Rao’s book “India To The Rescue”