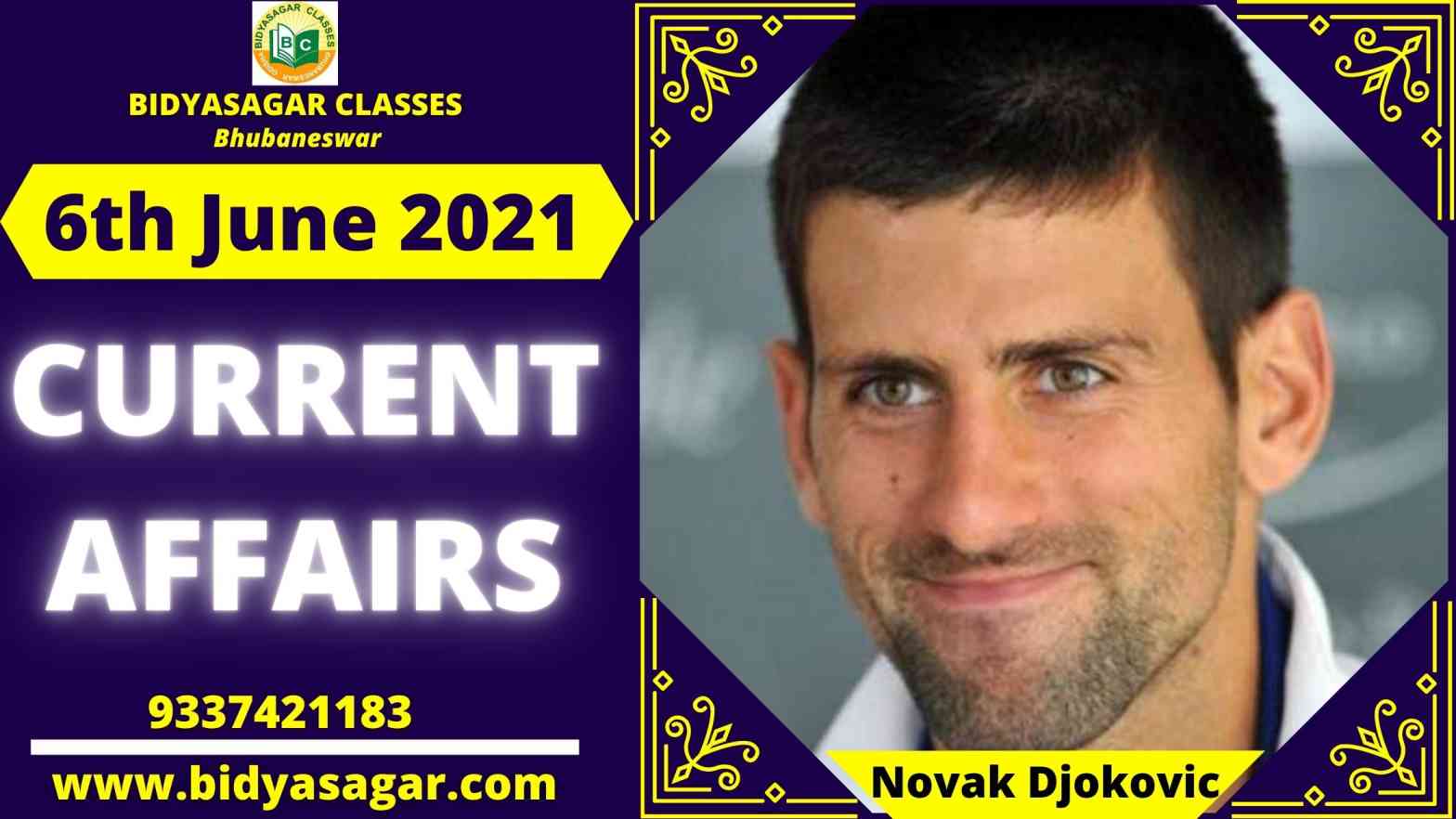 In this article, we will discuss all the important current affairs of 6th June 2021 in detail.

1. On the occasion of WED 2021, Prime Minister Modi inaugurates three E-100 ethanol dispensing stations in Pune as part of a pilot project.

3. The Chief Minister of Bihar has announced a 33 percent reservation for female students in engineering and medical institutes.

4. MAPS will be implemented by the Maharashtra government to provide jobs and training to the state’s youth.

9. ICICI Bank and SWIFT have teamed up to deliver instant cross-border inward remittances.

11. Bill Gates and the European Union have pledged a $1 billion investment in green technologies.

16. Thomas Vijayan, an Indian-origin photographer, has been named Nature TTL Photographer of the Year 2021.