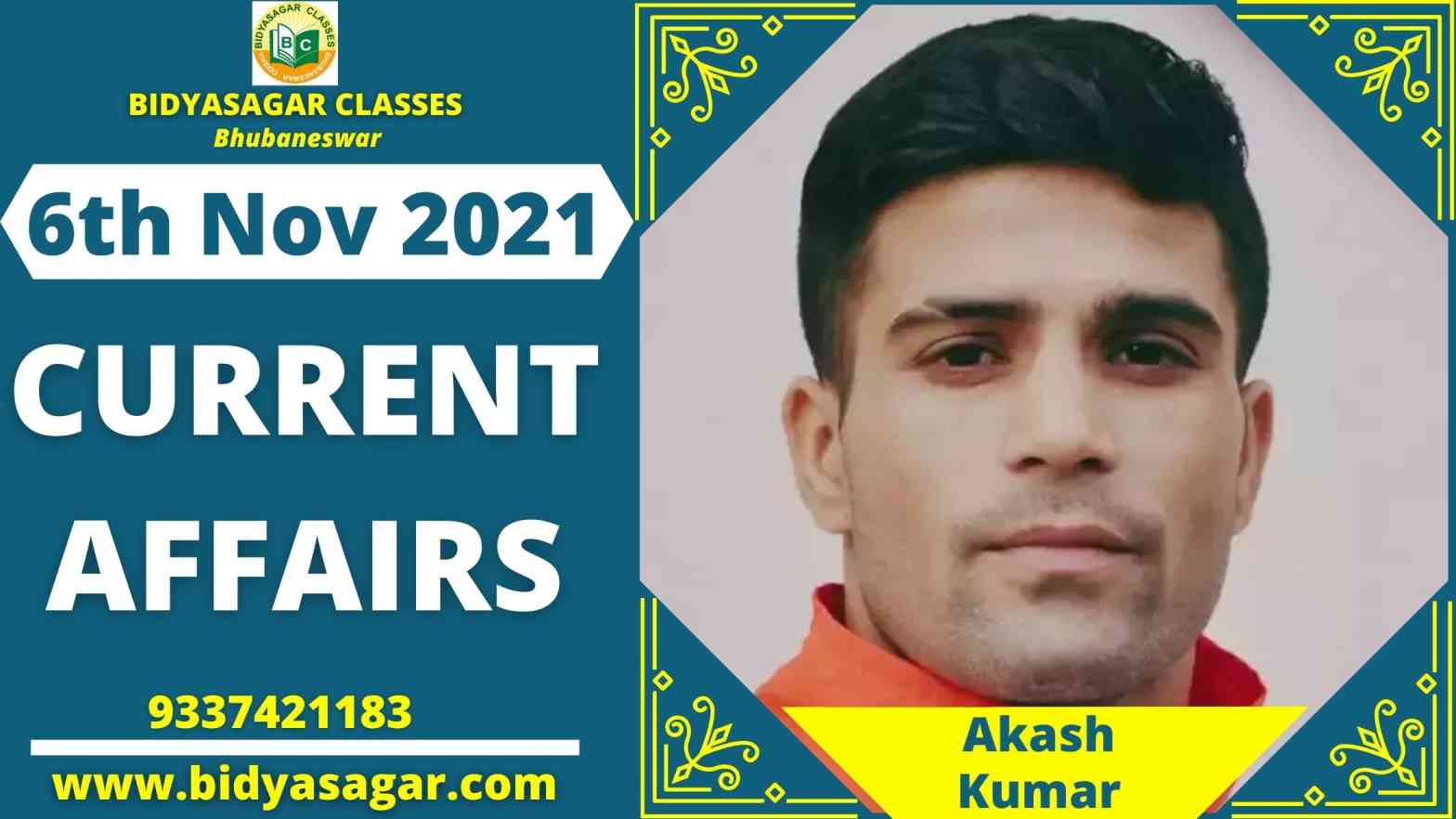 In this article, we will discuss all the important current affairs of 6th November 2021 in detail.

3. The United Kingdom has approved the world’s first oral tablet to treat Covid-19.

5. The QS World University Rankings for 2022 have been released.

6. ‘SafeCard,’ a tokenization solution from PhonePe, has been unveiled.