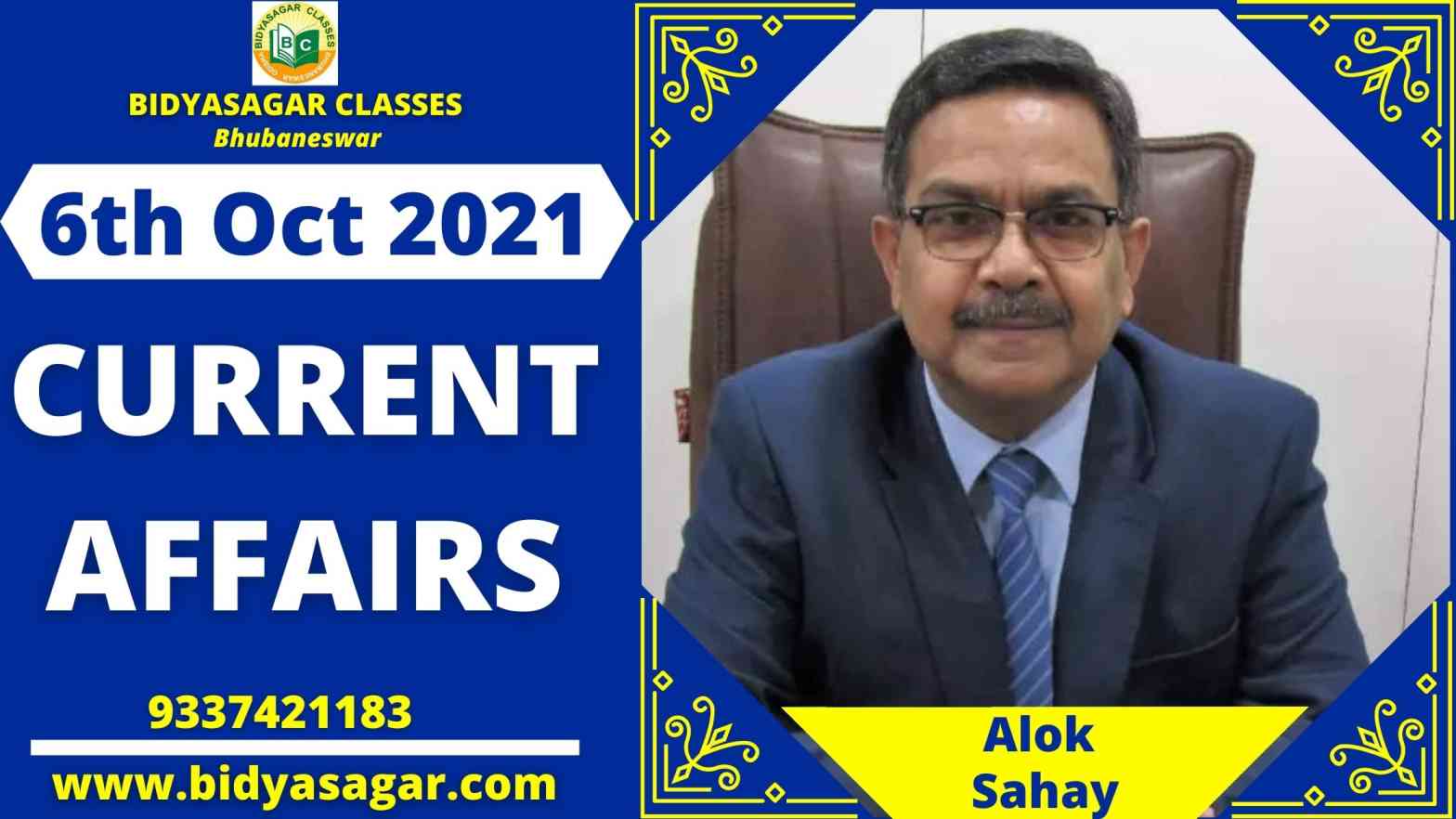 In this article, we will discuss all the important current affairs of 6th October 2021 in detail.

1. In the current fiscal year, the government receives a dividend of Rs. 1,426 crore from Coal India Limited.

2. The Tax Inspectors Without Borders (TIWB) programme in Seychelles was launched in collaboration with India.

3. The ICMR’s drone-based vaccine delivery concept, i-Drone, has been launched by the Centre.

4. Mansukh Mandaviya, the Minister of Health, releases UNICEF’s publication “The State of the World’s Children 2021.”

5. From 2022, Sikkim will prohibit the sale of packaged mineral water.

6. ‘Operation Sajag’ is launched by the NW Delhi Police.

8. India and Japan are both developing countries. JIMEX is a three-day bilateral maritime exercise held in the Arabian Sea.

9. The World Bank has approved a loan of USD 150 million for Tamil Nadu.

10. SBI and the Indian Navy have launched the NAV-eCash card.

11. To encourage innovation, NITI Aayog has partnered with Amazon and Intel.

14. The Indian Steel Association has selected Alok Sahay as its Secretary-General and Executive Head.

15. The “Meltwater Champions Chess Tour” is won by Magnus Carlsen.

16. Aishwary Pratap Singh Tomar, a shooter from India, breaks the world record on her way to gold in the Junior World Championships.

17. Scientists from Japan, Germany, and Italy were awarded the Nobel Prize in Physics.

20. Arvind Trivedi, the actor who played Ravan in the Hindu epic Ramayan, has died.