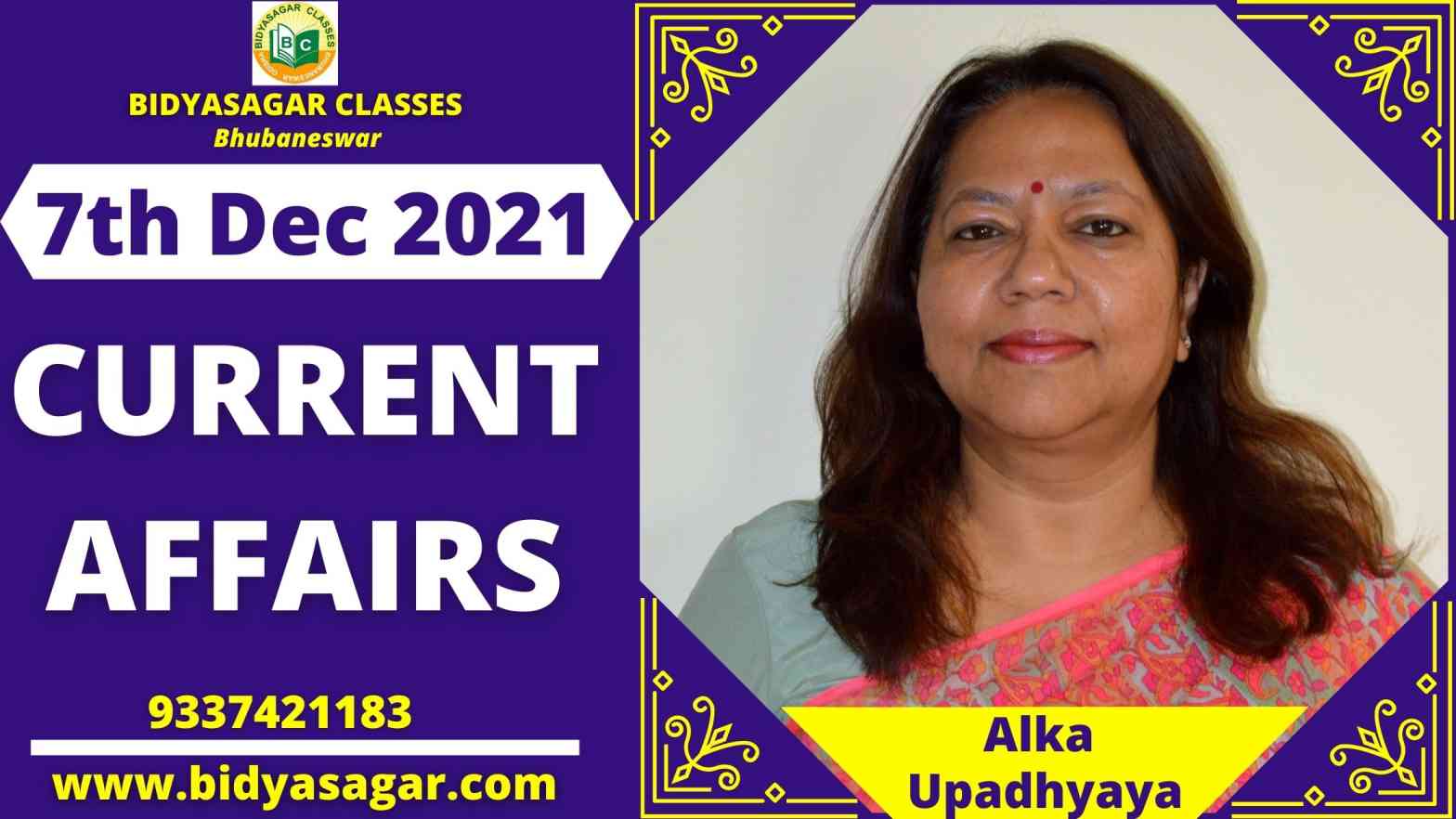 In this article, we will discuss all the important current affairs of 7th Dcember 2021 in detail.

1. SRESHTA, a scheme for the socioeconomic upliftment of SC students, has been launched by the Minister of Social Justice and Empowerment.

2. The Centre has launched a scheme to protect and preserve India’s endangered languages.

3. At Kadhdhoo Island, India and the Maldives will commence a joint military drill.

4. The word ‘perseverance’ was coined by the Cambridge Dictionary. 2021’s Word of the Year

5. PNB has launched an Android app for employees who are differently abled.

6. Paytm has partnered with Amazon Web Services to offer its startup toolkit to entrepreneurs.

9. Adama Barrow has been re-elected. In The Gambia’s presidential election, President Adama Barrow easily won a second term, with thousands of supporters rejoicing and opponents challenging the results.

13. In a tumultuous Saudi Arabian Formula One race, Hamilton wins for the third time in a row.

14. Argentina has won the Junior Hockey World Cup after defeating Germany 4-2 in the final.