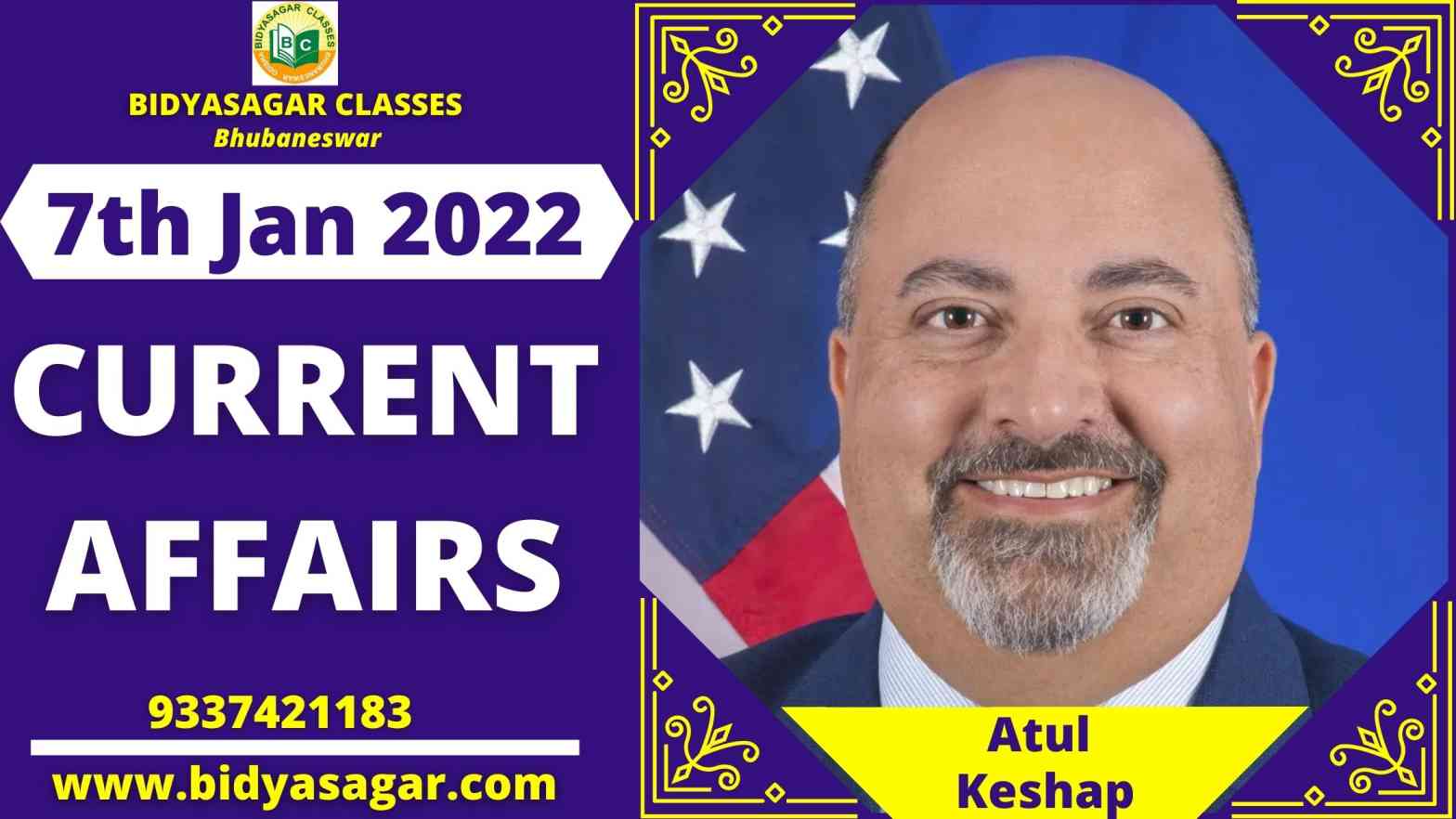 In this article, we will discuss all the important current affairs of 7th January 2022 in detail.

2. In Hyderabad, Sarbananda Sonowal lay the foundation stone for the International Yoga Academy.

4. The theme of National Science Day 2022 was unveiled by Jitendra Singh.

6. NTPC is planning to buy a 5% interest in Power Exchange India Limited.

8. The ‘#BahaneChhodoTaxBachao’ campaign was launched by SBI General Insurance.

9. Atul Keshap has been named president of the United States-India Business Council (USIBC)

11. Chairman of the Commission on Agricultural Costs and Prices, Vijay Paul Sharma, has been reappointed (CACP)

12. India took part in the ‘Sea Dragon’ 2022 exercise in the Western Pacific, which was held in Guam.

14. Dhirendra Jha has written a new book named “Gandhi’s Assassin: The Making of Nathuram Godse and His Idea of India.”

15. Neil Nongkynrih, the founder of the Shillong Chamber Choir, died.