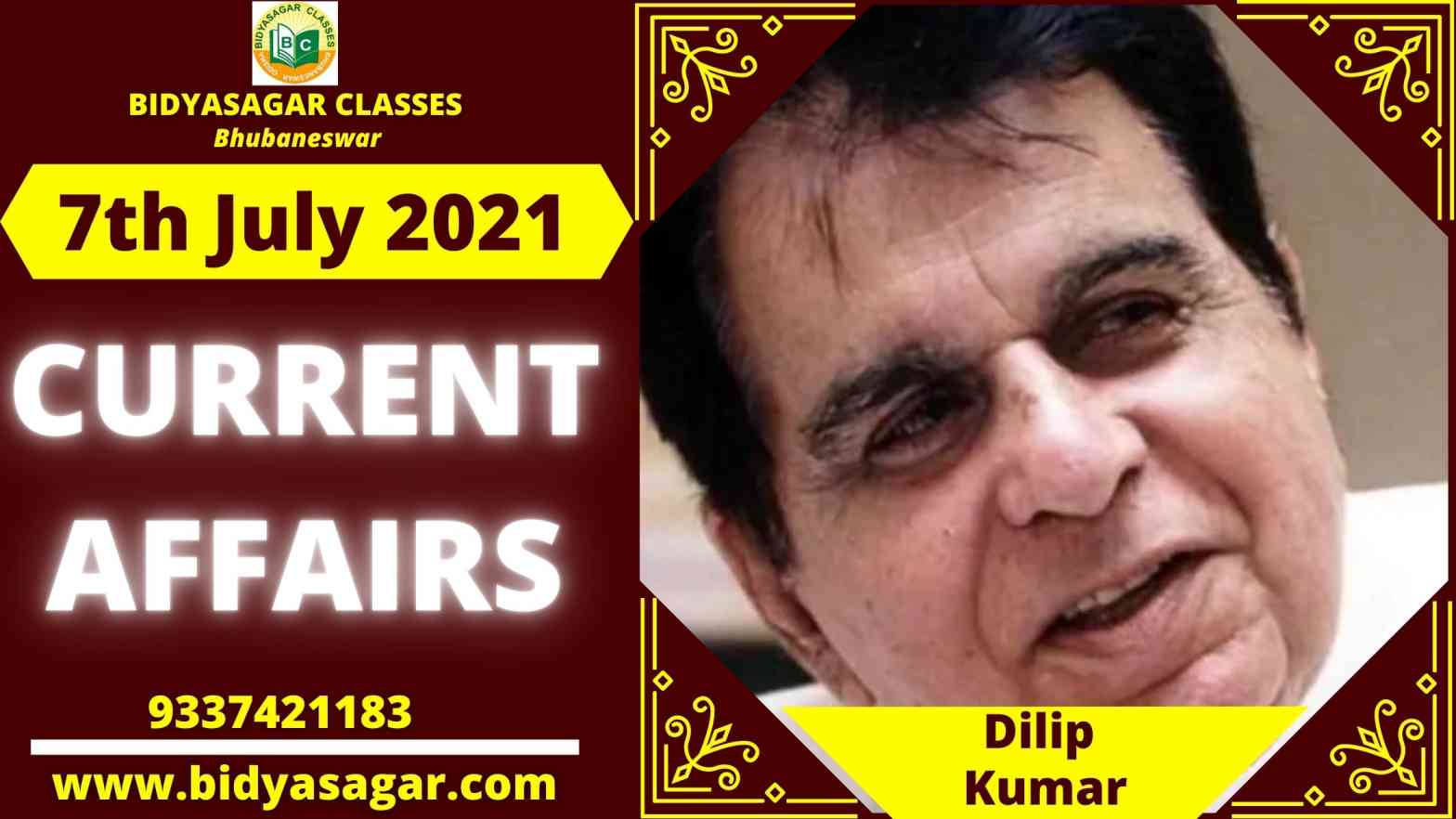 In this article, we will discuss all the important current affairs of 7th July 2021 in detail.

3. The Delhi government has launched a financial assistance programme for Covid victims’ families.

4. In December 2021, the first unit of the Rampal Maitree Power plant will be commissioned.

8. Harsh Vardhan and Ramesh Pokhriyal, both ministers, have resigned ahead of a cabinet reshuffle.

11. Names in the World of Aviation Korean Air was named Airline of the Year in 2021.

12. The J&K government has approved the posting of geo-tagged images via the ‘PROOF’ mobile app.

15. Richard Donner, the director of “Superman,” has died.