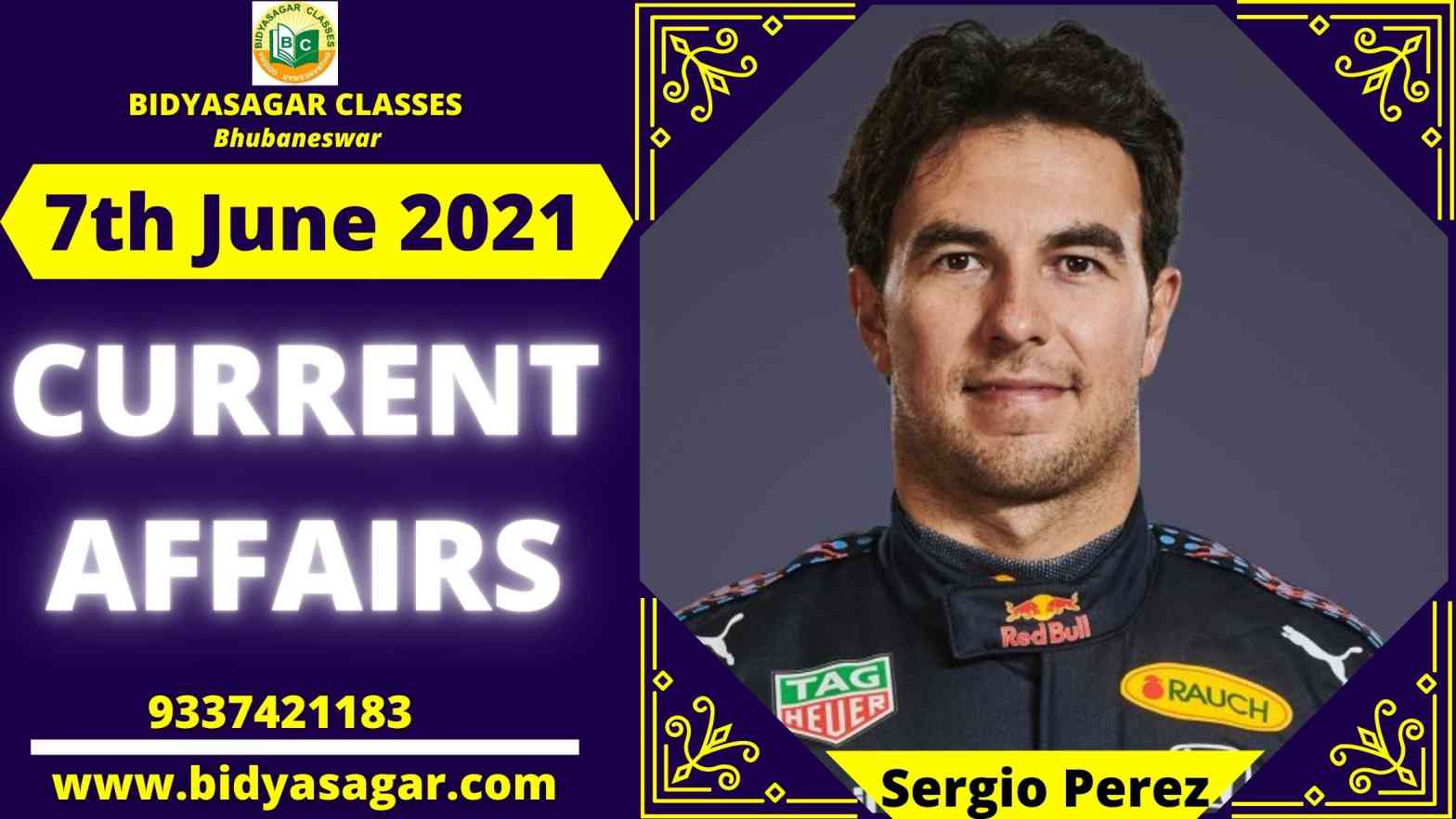 In this article, we will discuss all the important current affairs of 7th June 2021 in detail.

1. Kerala has launched the Knowledge Economy Mission in order to increase job opportunities.

4. The Pradhan Mantri Garib Kalyan Anna Yojana has been extended by the government until Deepawali.

10. Ranjitsinh Disale has been named to the World Bank’s Education Advisory Board.

11. Vishwavir Ahuja’s re-appointment as MD of RBL Bank has been approved by the RBI.

13. Sergio Pérez is the winner of the Azerbaijan Grand Prix in 2021.

14. Thomas Vijayan of Kerala was named Nature TTL Photographer of the Year 2021.