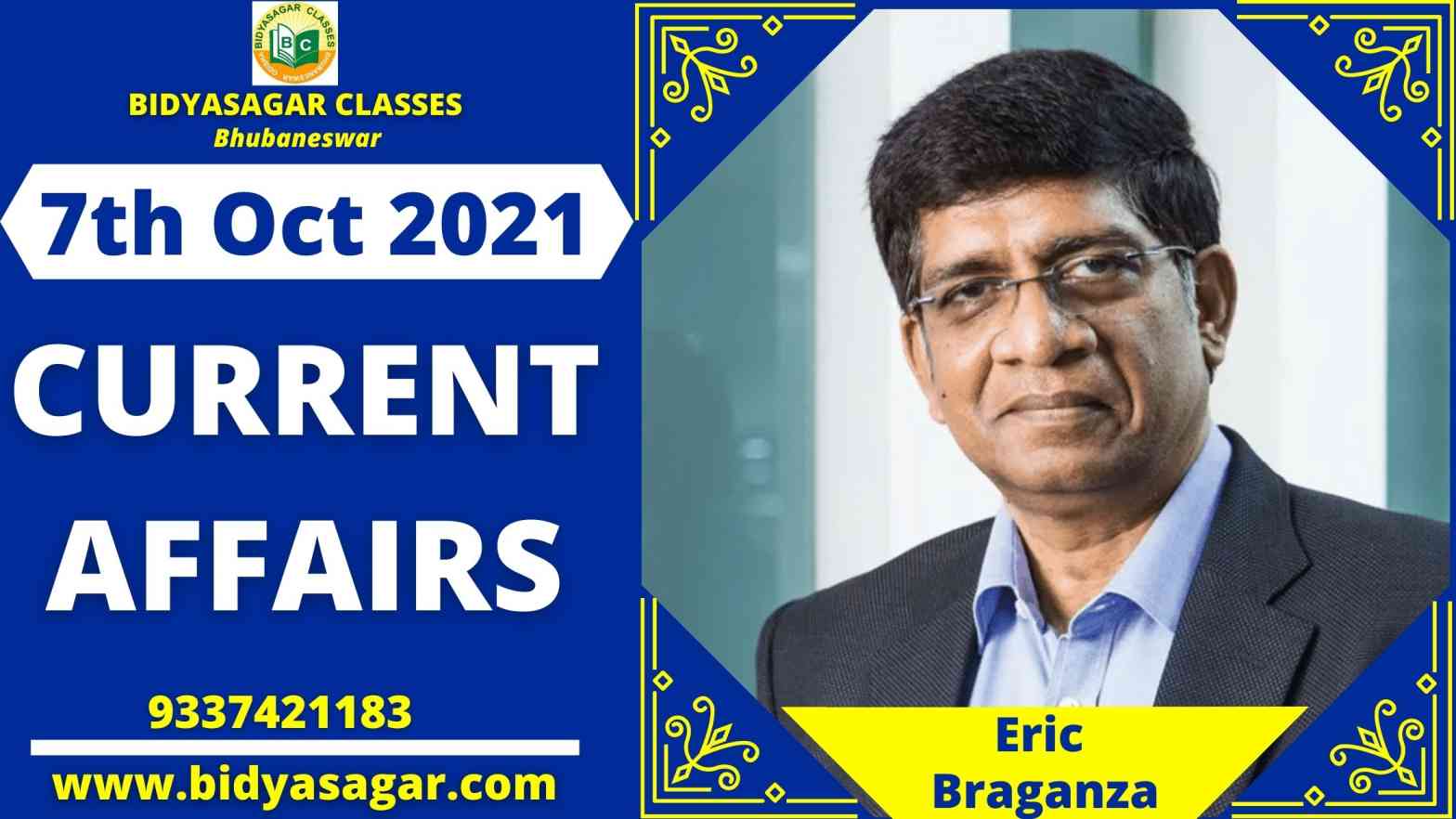 In this article, we will discuss all the important current affairs of 7th October 2021 in detail.

2. The government plans to build 75 Science, Technology, and Innovation Hubs specifically for SCs and STs: Jitendra Singh is a Union Minister.

3. The Cabinet authorises a Rs 4,400-crore plan to establish seven mega textile parks, as well as a Productivity-Linked Bonus for railway staff.

11. Kotak Mahindra Bank is the first private sector bank to be licenced to collect both direct and indirect taxes.

12. The Reserve Bank of India awards NARCL a licence under the Sarfaesi Act.