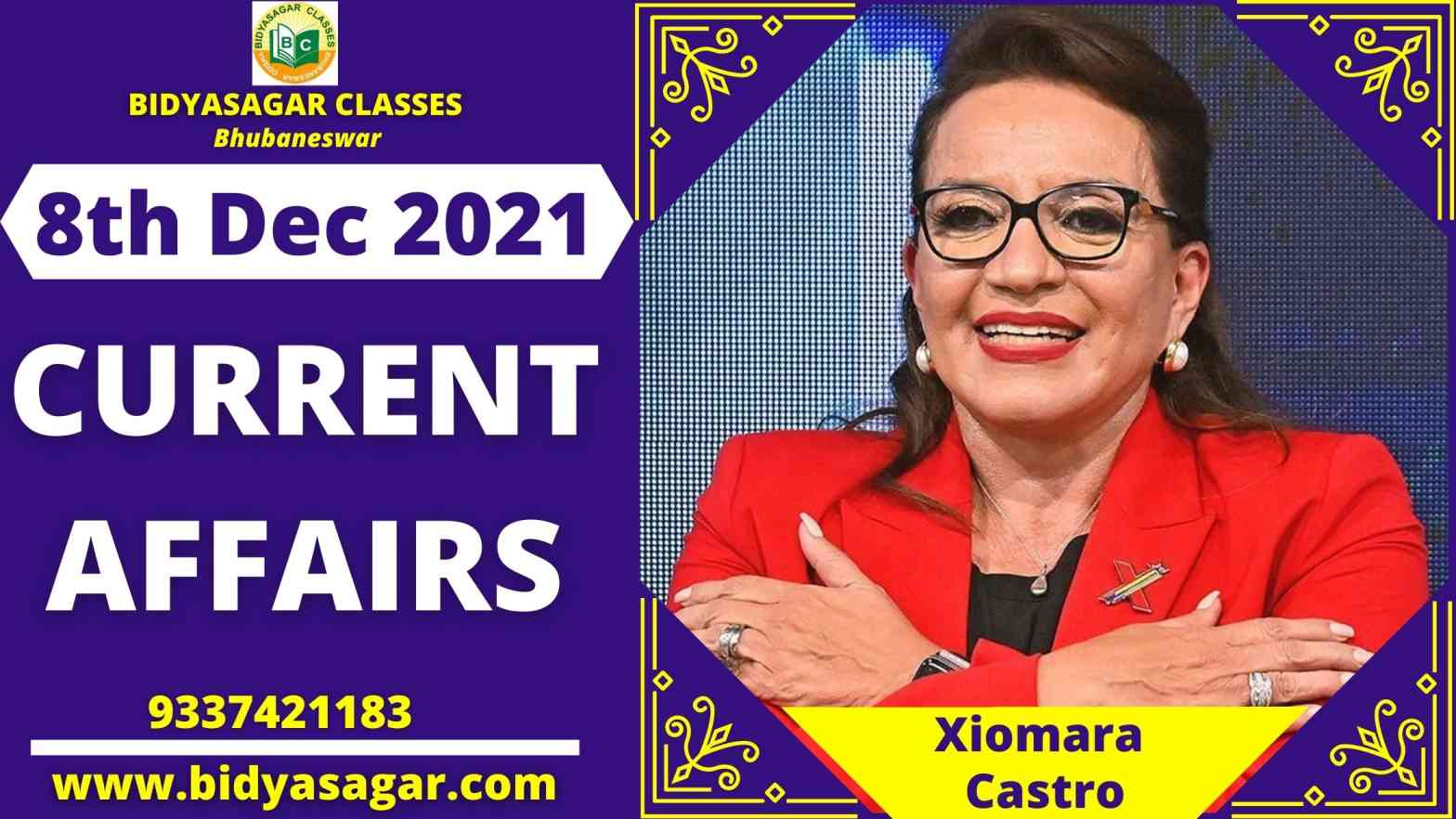 In this article, we will discuss all the important current affairs of 8th Dcember 2021 in detail.

1. Pune will hold a combined military drill with countries from the BIMSTEC region.

2. The Kazhuveli Wetland has been designated as Tamil Nadu’s 16th Bird Sanctuary.

3. Gambia’s President, Adama Barrow, was re-elected for a second term.

4. Ittira Davis has been appointed as the new MD and CEO of Ujjivan SFB.

7. PayPhi has launched a RuPay tokenization service for Indian businesses.

8. Sanjiv Mehta, chairman and managing director of Hindustan Unilever Limited (HUL), will take over as president of the Federation of Indian Chambers of Commerce and Industry (FICCI) after the association’s 94th annual general meeting.

9. Former CEC Arora has been appointed to the advisory board of an international democratic organisation.

12. Russia defeated Croatia to win the Davis Cup for the third time.

15. At Home In The Universe, a book chronicling a poor boy’s journey from a town in South India to the pinnacle of corporate success and personal spiritual growth spanning over six decades, has been released in Mumbai.

17. Bipin Rawat, the Chief of Defence Staff, and his wife died in an IAF chopper crash in Tamil Nadu.