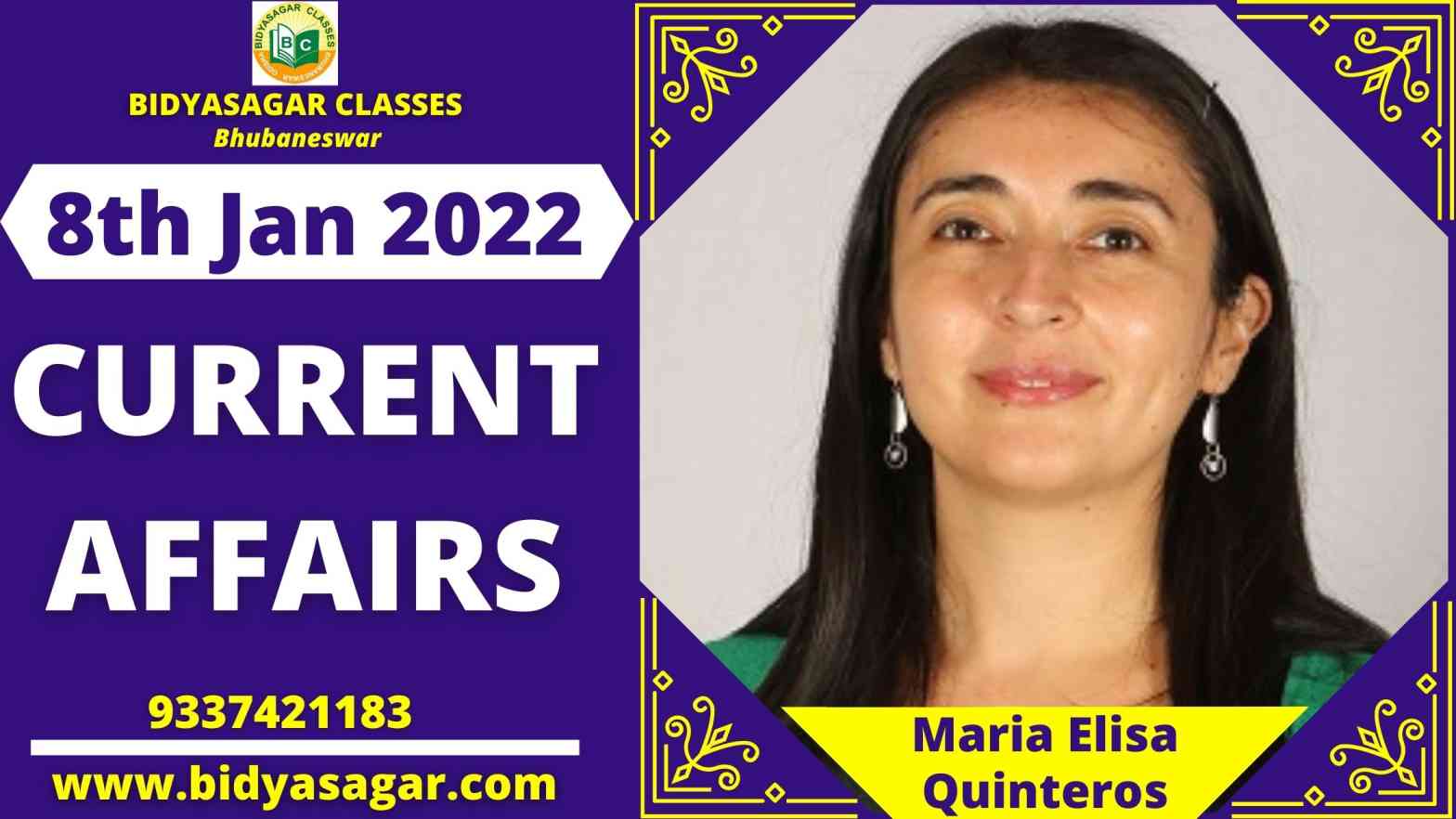 In this article, we will discuss all the important current affairs of 8th January 2022 in detail.

2. To assist farmers and beekeepers, KVIC has launched a “Mobile Honey Processing Van.”

3. The Department of Public Instruction and Information Technology (DPIIT) and the Ministry of Commerce have collaborated From January 10 to 15, the Startup India Innovation Week will be held.

4. India and five other countries have begun a joint anti-submarine exercise with the United States.

6. The RBI has increased the deposit and other funds requirement for non-financial small enterprises by 50% to Rs 7.5 crore.

6. In FY22, the Omicron spread will lower GDP growth by 10 basis points, according to India Ratings.

8. Jhulan Goswami, a cricketer, has been appointed as an ambassador for LLC.

9. Maria Elisa Quinteros is the new president of Chile, according to the country’s constitutional convention.

11. The SKOCH award goes to the Forensic Science Laboratory for its efforts to combat crime against children.

11. Dhirendra Jha’s new book “Gandhi’s Assassin: The Making of Nathuram Godse and His Idea of India”

12. Neil Nongkynrih, the founder of the Shillong Chamber Choir, has died.

13. Sidney Poitier, the first black man to receive an Academy Award for Best Actor, has died.