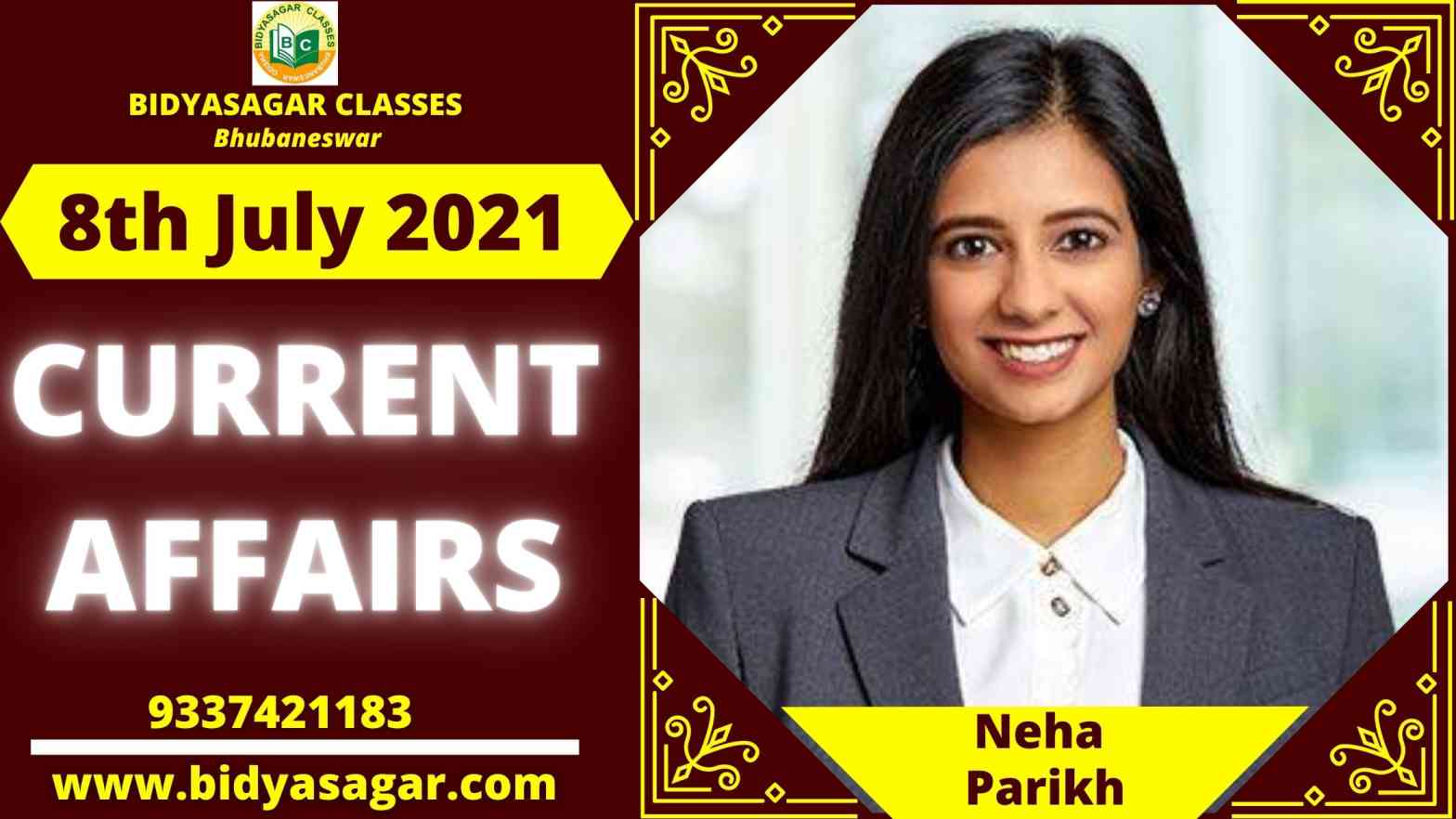 In this article, we will discuss all the important current affairs of 8th July 2021 in detail.

1. The government has established a 25-member development committee for the cement industry.

2. The Department of Public Enterprises has been reassigned to the Ministry of Finance.

5. In Jaipur, India’s second largest cricket stadium will be built.

6. In Africa, the world’s first 3D-printed school opens its doors.

7. PayU has teamed up with WooCommerce to help small businesses get digital faster

8. Mastercard and Razorpay have launched a recurring payment system.

9. FlexiLoans.com and GooglePay have partnered to give quick loans to SMEs. FlexiLoans.com, a digital lending platform focused on SMEs, has announced a partnership with Google Pay to provide flexible loans to their merchant base.

10. Creditas Solutions and HDFC Bank have teamed up to develop a Digital Self-Service Credit Portal.

11. Tech Mahindra and StaTwig have teamed up to bring ‘VaccineLedger’ to the world.

12. Due to a slower recovery and a weaker banking sector outlook, Fitch has lowered India’s growth projection to 10% from 12.8 percent.

17. The Bengaluru International Airport has been inducted into the ACI DG’s Roll of Excellence.