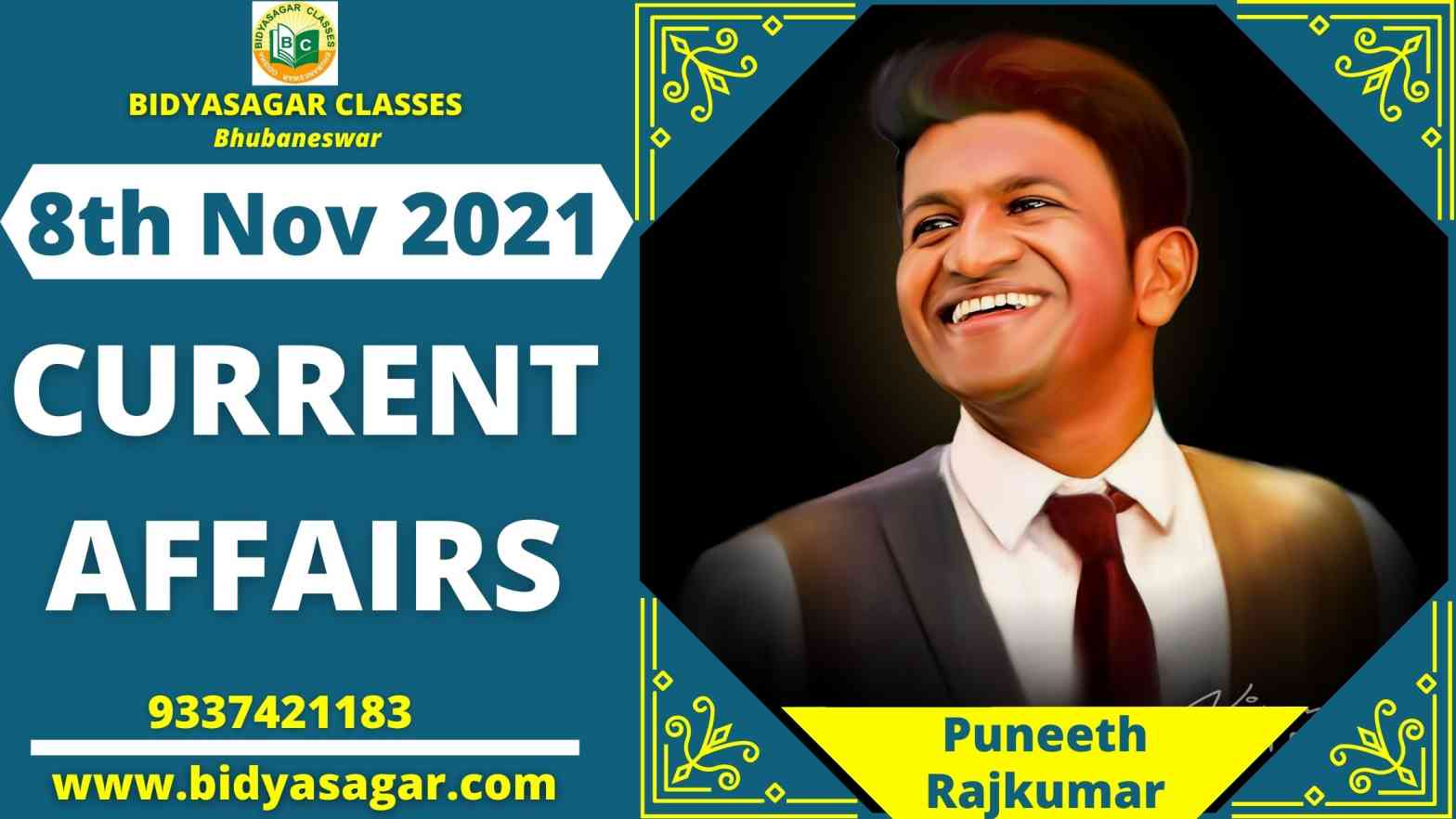 In this article, we will discuss all the important current affairs of 8th November 2021 in detail.

2. Tripura creates the “first-ever” bamboo cricket bat and stumps in the country.

3. The Cabinet of Meghalaya has approved the construction of a new district known as Eastern West Khasi Hills District.

4. For retirees, SBI has launched a ‘Video Life Certificate’ service.

5. For FY21, the Finance Ministry has approved an 8.5 percent return on PF deposits.

6. The parent company of Google has launched an AI-driven drug development company.

9. Mountaineer Priyanka Mohite of Maharashtra will get the coveted Tenzing Norgay National Adventure Award 2020 for her remarkable contribution to the field of land adventure, according to a central government official.

10. The Basavashree Award 2021 will be given posthumously to Puneeth Rajkumar.

13. Radiology Day is a worldwide celebration of the science of radiology.