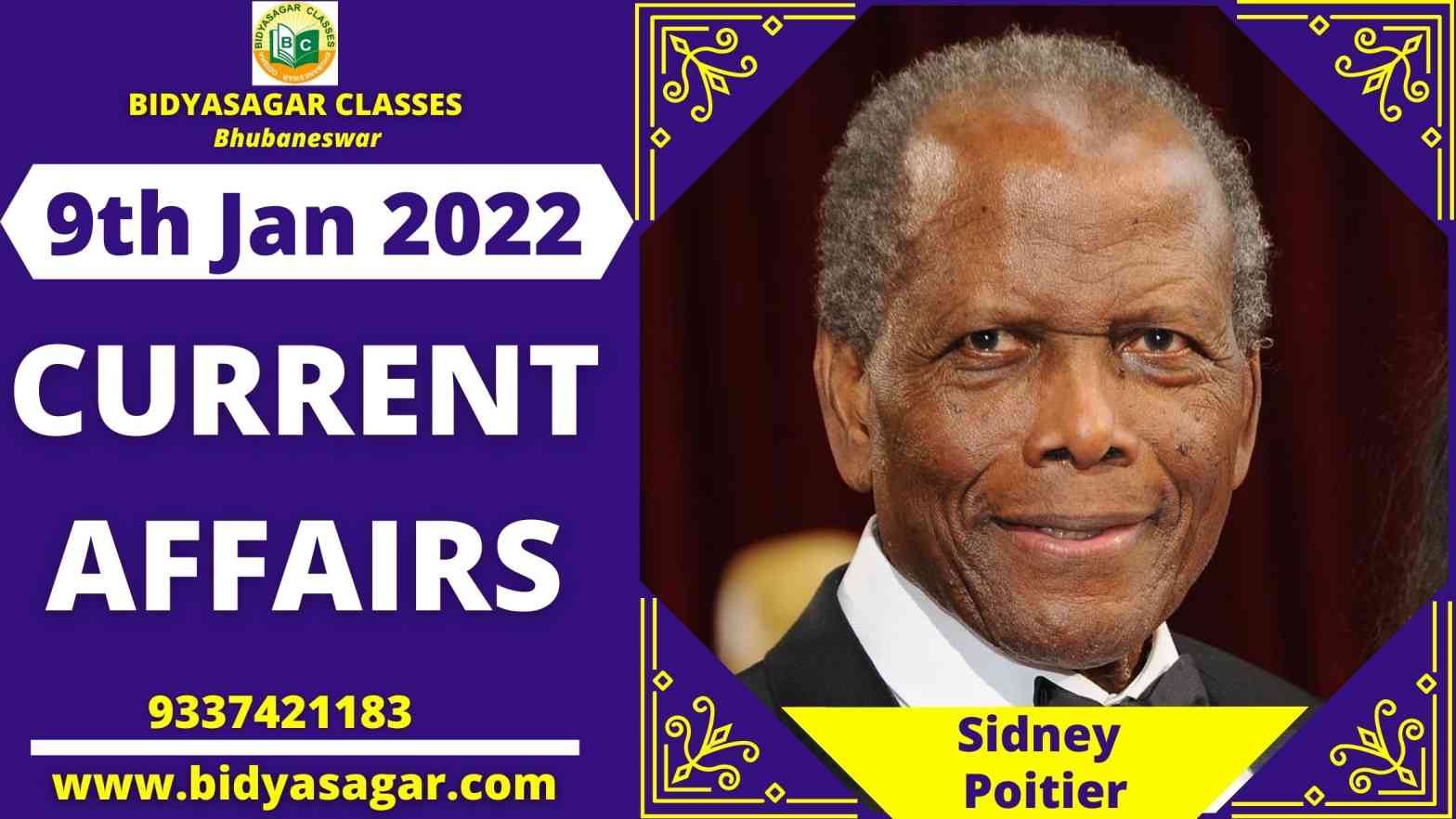 In this article, we will discuss all the important current affairs of 9th January 2022 in detail.

1. At Hyderabad, the 24th National Conference on e-Governance 2021 comes to a close.

2. The Cabinet approved the signing of a Memorandum of Understanding with Nepal for the construction of a bridge over the Mahakali River in Dharchula, Uttarakhand.

3. On the E-shram platform, 20 crore unorganised labourers have registered.

4. Defence Minister Rajnath Singh officially off India’s first multi-dimensional adventure sports expedition in France, which was organised by the National Institute of Mountaineering and Allied Sports.

5. MEA signs an agreement with TCS for the second phase of the Passport Seva Program.

6. Zhang Ming, a senior Chinese diplomat, has been appointed Secretary-General of the Shanghai Cooperation Organization (SCO).

7. The Winter Olympics are on their way. Arif Khan, Md. Incorporated into the Olympic Podium Scheme

8. The 3rd National Water Awards will be held in 2020, with the state of Uttar Pradesh winning first place in the in-state category.

9. Sidney Poitier, the first black man to receive an Academy Award for Best Actor, has died.