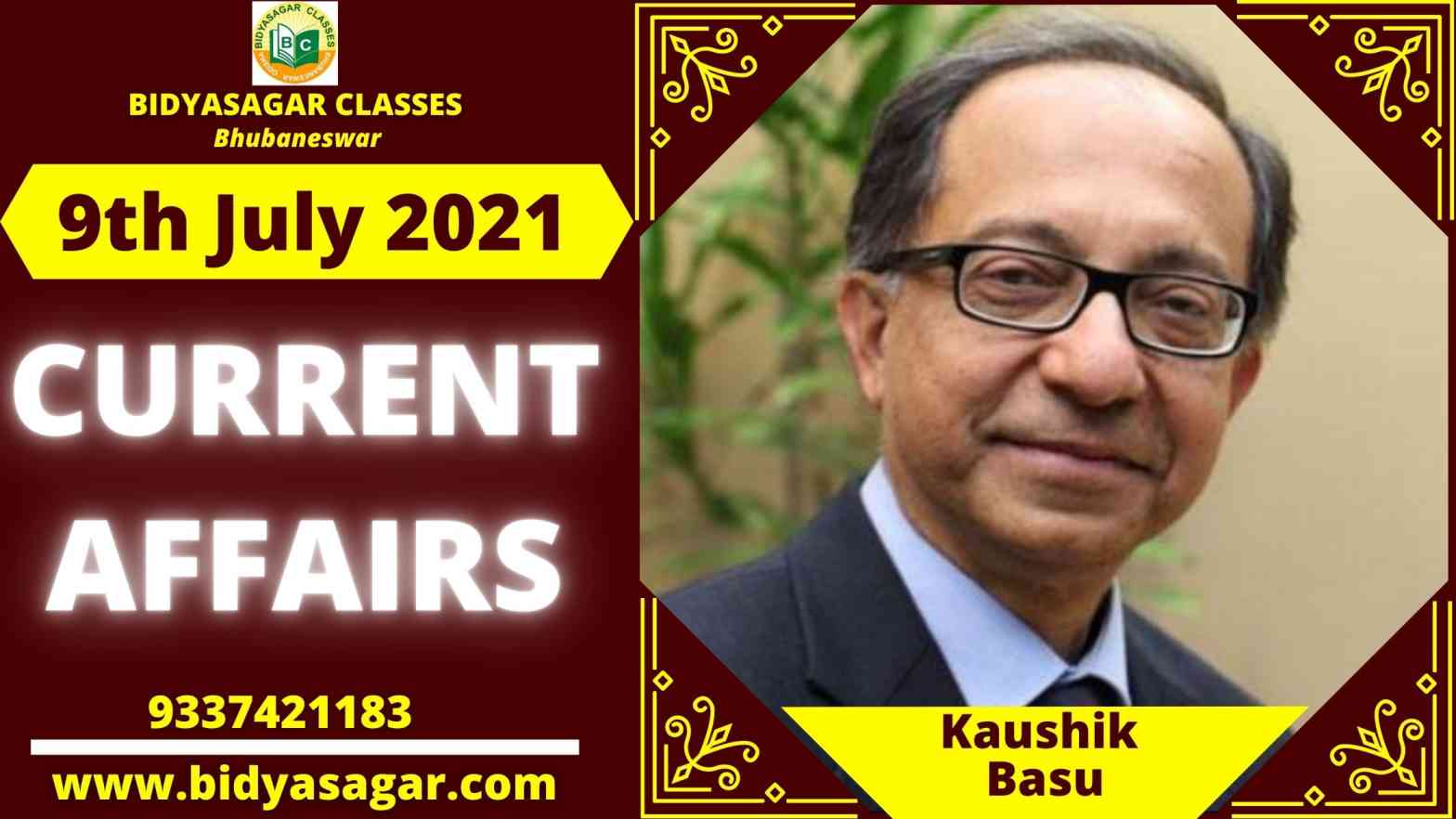 In this article, we will discuss all the important current affairs of 9th July 2021 in detail.

1. The Finance Ministry has released the fourth monthly instalment of the Post-Devolution Revenue Deficit Grant to 17 states, totaling over 9 thousand 871 crore rupees.

3. The Union Cabinet has approved a Memorandum of Understanding between the CCI and the JFTC to promote and expand cooperation in the area of competition law and policy.

4. Ladakh and the Himalayan Forest Research Institute (HFRI) have signed a memorandum of understanding (MOU) for the increase of forest cover in the region.

5. In Gulmarg, the Indian Army has named a firing range after Vidya Balan.

7. According to the OECD, the epidemic cost the world 11.4 crore jobs.

10. To sell insurance products, Bajaj Allianz General has partnered with Bank of India.

11. The Reserve Bank of India has asked banks to switch from LIBOR to alternative reference rates by December 31.

12. Retail and wholesale trade are included in the government’s definition of MSMEs.

13. SIDBI implements a variety of development initiatives for MSMEs.

15. ASCI has teamed up with the Food Safety and Standards Authority of India (FSSAI) to combat false claims in food and beverage advertisements.

17. Manu Sawhney, the CEO of the International Cricket Council, has resigned amid an investigation into his conduct.

19. The Humboldt Research Award has been given to Indian economist Kaushik Basu.