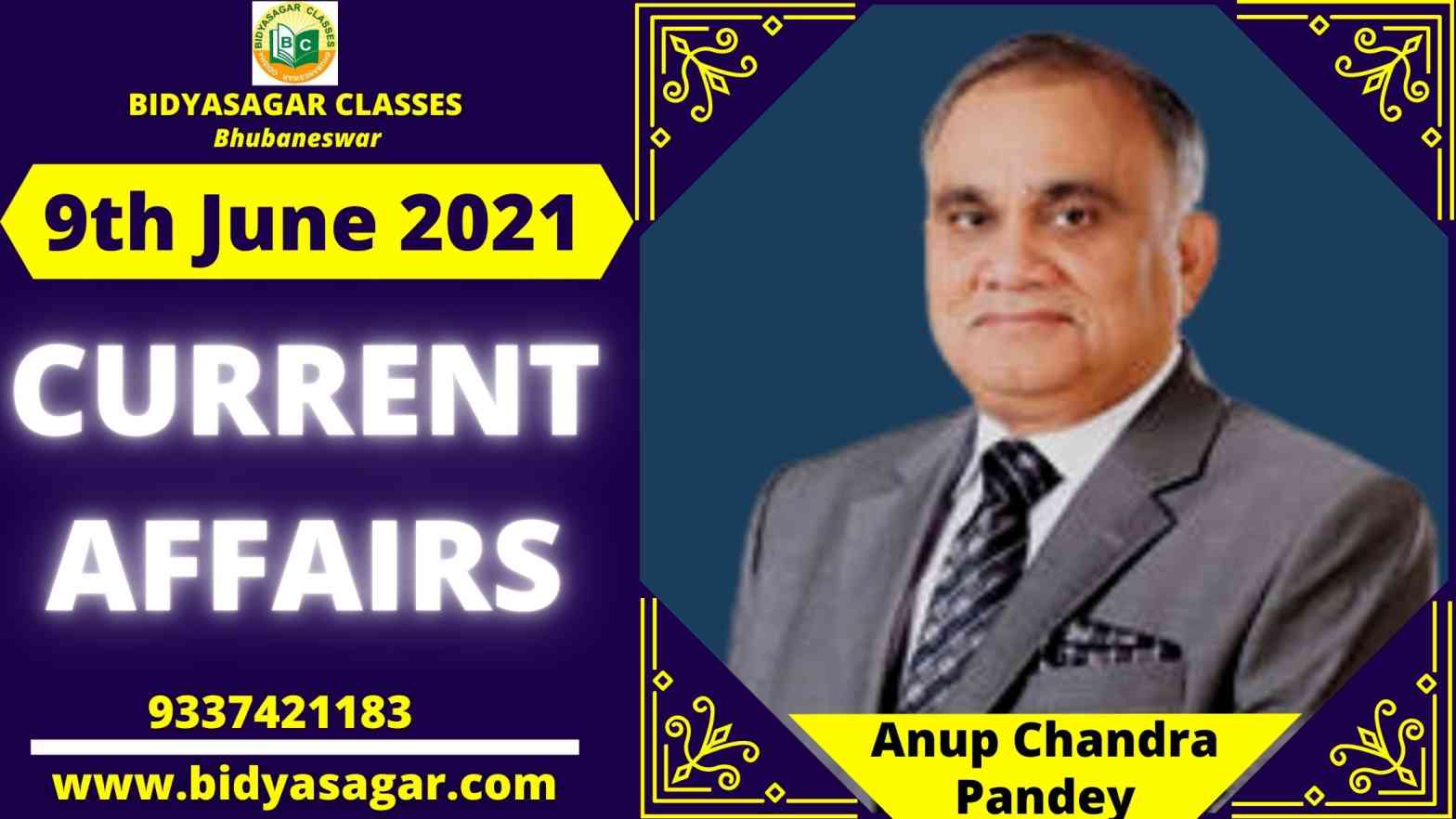 In this article, we will discuss all the important current affairs of 9th June 2021 in detail.

4. In July 2022, the Indian Navy will receive three MH-60 ‘Romeo’ multi-role helicopters from the United States.

5. The NITI Aayog suggests that the Central Bank and Indian Overseas Bank be privatized.

7. India has been elected to the United Nations Economic and Social Council for the year 2022-2024.

8. Abdulla Shahid, the Foreign Minister of the Maldives, was elected President of the United Nations General Assembly for the 76th session.

9. Sanjeev Sahai has been appointed as the new Chairman of the PNGRB, the oil regulator.

10. Hitendra Dave has been appointed as the new CEO of HSBC India Business.