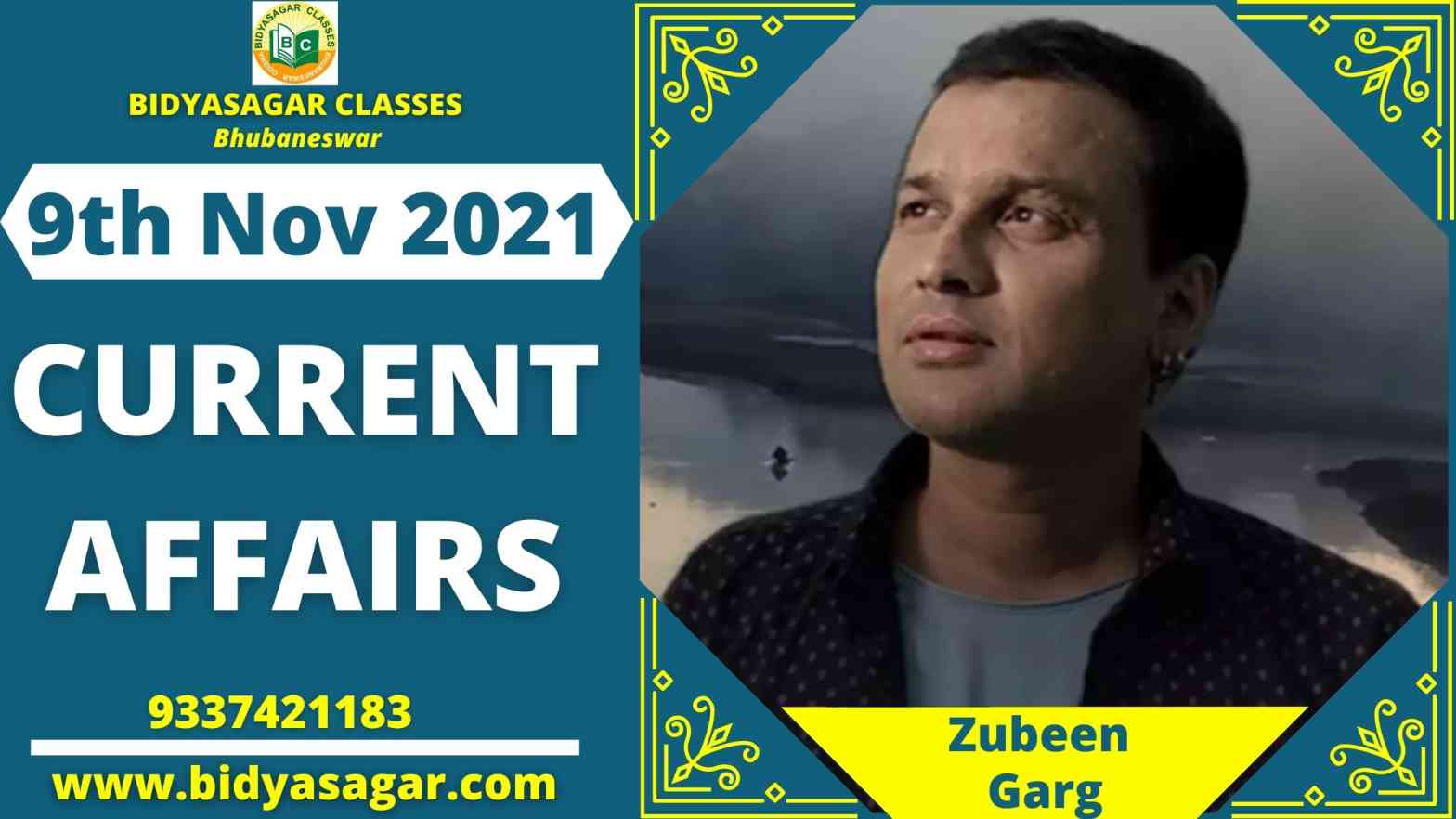 In this article, we will discuss all the important current affairs of 9th November 2021 in detail.

3. The Army has signed an agreement with the University of Kashmir to provide soldiers with distant education courses.

5. Srinagar has been accepted for the UNESCO Creative Cities Network 2021 in the field of crafts and folk arts.

6. Liberty General Insurance and PhonePe have teamed up to offer motor insurance.

7. For local economic development in Kerala, ESAF has partnered with NABARD.

12. In Assam, Bandhan Bank has named Zubeen Garg as their brand ambassador.

15. Aseem Chawla’s latest book, ‘Finding A Straight Line Between Twists and Turns – An Imperfect, Yet Honest Reflections on the Indian Tax Landscape,’ has been released. Chawla is India’s foremost tax lawyer and well-known international tax and policy expert.

16. In Dhaka, a Bangla edition of a book about naval commando operations during the 1971 Liberation War was released.