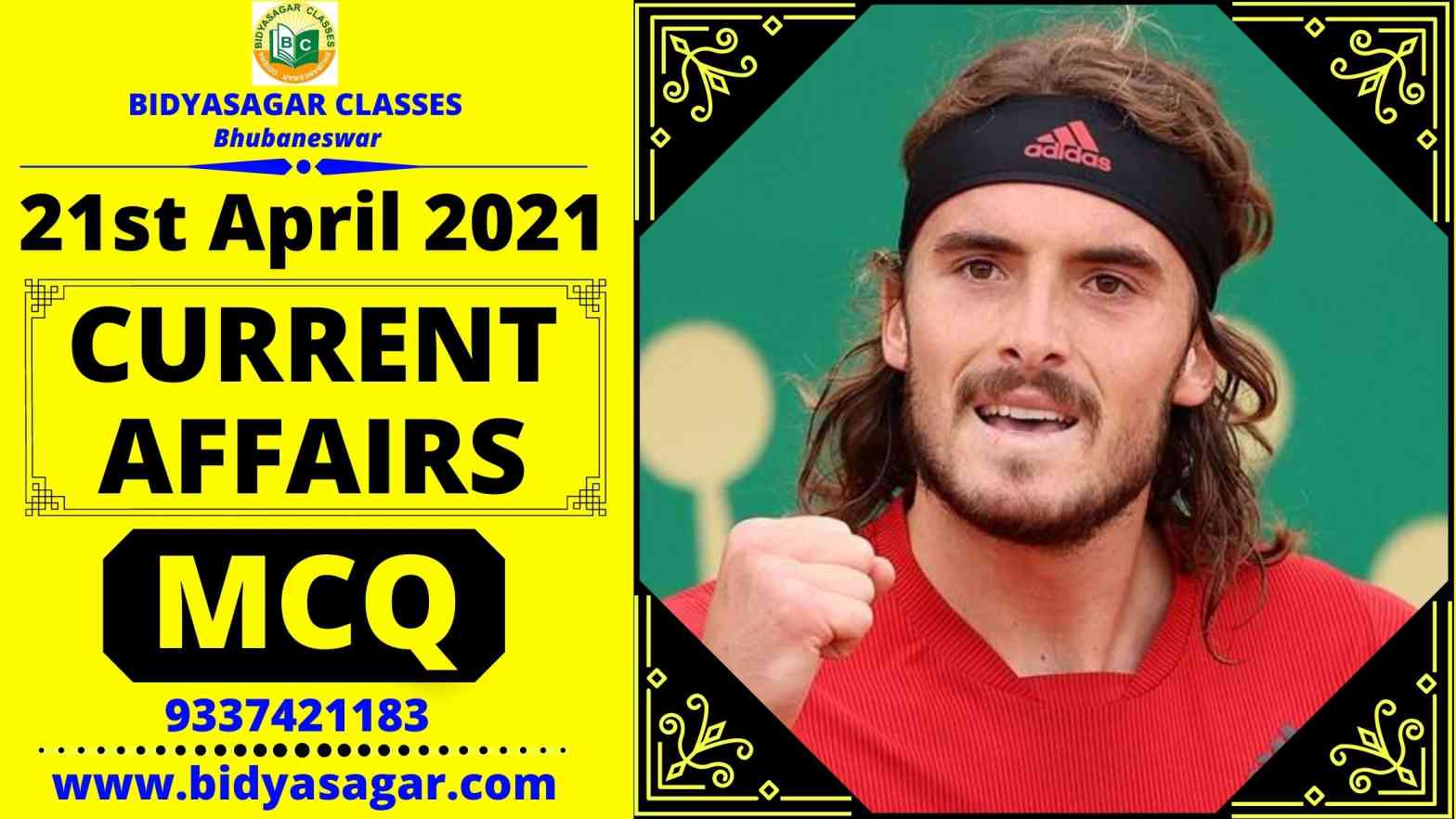 Q7. RBI sets up a committee to review the working of Asset Reconstruction Companies. The panel will be headed by?
(a) Sudarshan Sen
(b) Vishakha Mulye
(c) P N Prasad
(d) Rohit Prasad
(e) Abizer Diwanji

Q12. Which of the following state government reiterated the commitment of the State to achieve the ‘Har Ghar Jal’ target by 2022?
(a) Himachal Pradesh
(b) Uttarakhand
(c) Punjab
(d) Rajasthan
(e) Gujarat

S2. Ans. (e)
Sol. India stands at number 84 on the list, as the Indian citizens can visit Visa-Free or Visa-on-Arrival in over 58 places.

S6. Ans.(b)
Sol. UN Chinese Language Day is observed globally on April 20 every year. The day has been chosen to pay tribute to Cangjie, who is a mythical figure who is presumed to have invented Chinese characters about 5,000 years ago.

S7. Ans.(a)
Sol. The Reserve Bank of India (RBI) has constituted a six-member panel to carry out a comprehensive review of the working of Asset Reconstruction Companies (ARCs) in the financial sector ecosystem. The panel will be headed by former Executive Director of RBI, Sudarshan Sen.

S11. Ans.(a)
Sol. New Zealand is about to become the world’s first country to bring a law into force that demands environmental accountability from financial firms by asking them to report on how their businesses affect climate change.

S12. Ans.(c)
Sol. Punjab State reiterated the commitment of the State to achieve the ‘Har Ghar Jal’ target by 2022 as planned.

S14. Ans.(e)
Sol. The senior BJP leader and former Union Minister Bachi Singh Rawat have passed away. He was a four-time MP from the Almora-Pithoragarh constituency in Uttarakhand. He had served as the Union Minister of State for Science and Technology in the Atal Bihari Vajpayee government.