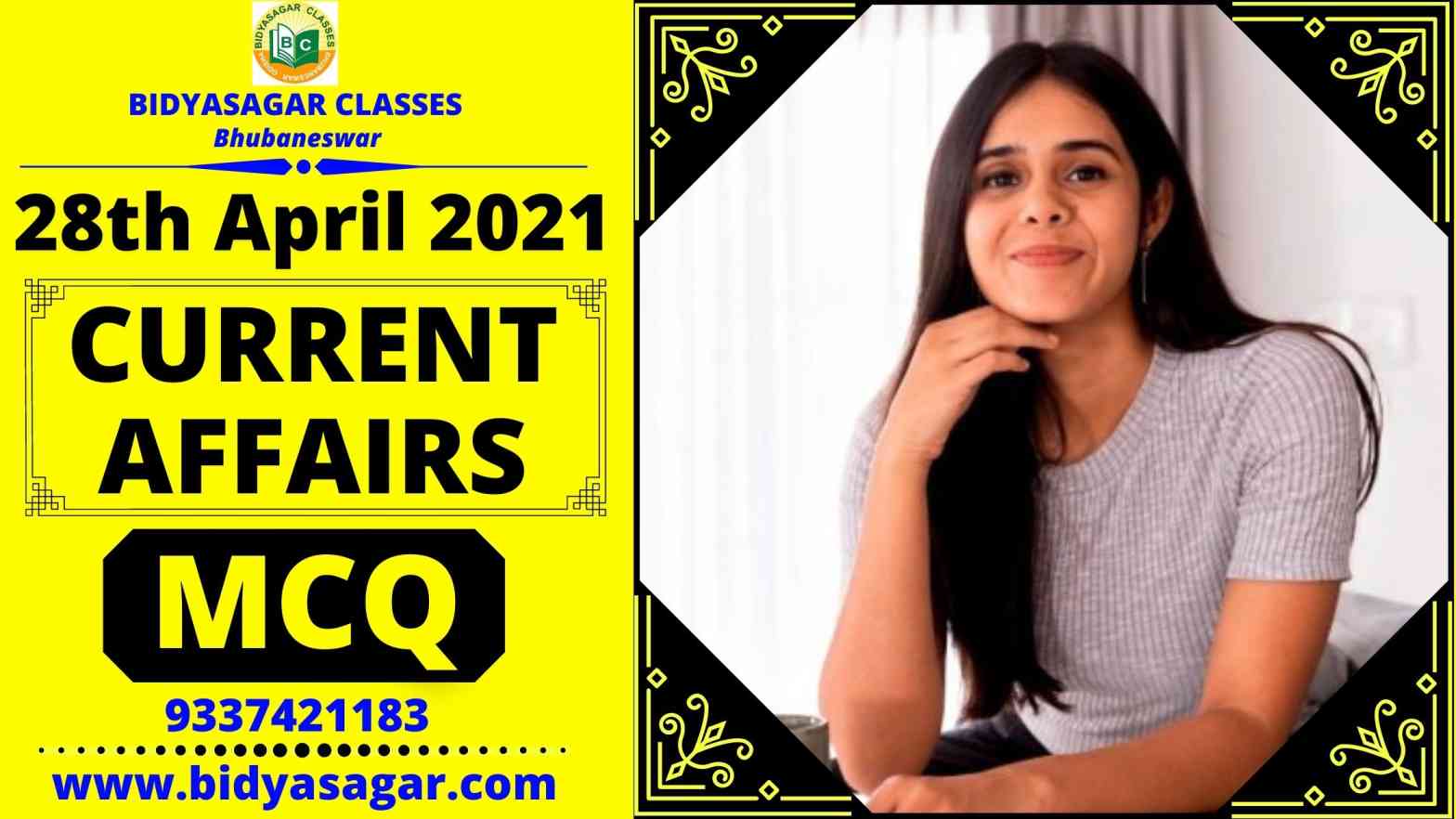 2.Which state cabinet approved a policy to provide jobs on compassionate grounds and economically weaker section (EWS) status to children under Harihar Scheme?

3. Recently India has built infrastructures of three educational institutions in Palpa district of which country?

4. Which country hoped to launch its own orbital station in 2025?

5. As per China’s Central Bank report, India’s demographic advantage to overtake China’s by which year?

6. Who will be representing Delhi and India at the World Cities Cultural Forum (WCCF)?

7. Recently WHO unveiled global immunization strategy to save 50 million lives by which year?

9. RBI imposed ceiling of how much maximum years for tenure of MD and CEO of private bank?

10. Recently the New development Bank issued how much amount of benchmark bond?

13. Which state has inked MoU with Microsoft to skill over 1.6 lakhs unemployed youth and college students?

14. Which state entered into a MoU with the World Trade Center (WTC) recently to promote and facilitate trade and investment in the state?

15. Recently Mahamat Idriss Déby was sworn in as new president of which country?

16. Recently who was appointed on RBI board by the central government?

17. Which Indian women has made it to the Forbes Asia’s 30 Under- 30 in just one year of opening her venture Cosmix?

18. Which country has been awarded with global award for the ICC Development Initiative of the Year?

19. Recently Waman Bhonsle passed away.He was related to the which field?

20.Who is the author of book The Living Mountain?

22. Where is the HQ of World Health Organization?

23. Where is the HQ of New Development Bank?

24. What is the currency of Argentina?

Explanation: The Haryana cabinet approved a policy to provide jobs on compassionate grounds and economically weaker section (EWS) status to children either abandoned or surrendered and turned 18-year-old while living in child-care institutions across state.

Explanation: India has built infrastructures three educational institutions in Nepal’s Palpa district and handed it over in the last two days, the Indian Embassy in Kathmandu announced.

Explanation: Russia’s space agency said it hoped to launch its own orbital station in 2025 as Moscow considers withdrawing from the International Space Station programme to go it alone and build and manage its own floating laboratory that will be launched into orbit by 2030.

Explanation: China’s demographic transition owing particularly to its stricter birth policies has grappled it with the problem of ageing population and dwindling work-force.

Explanation: Delhi Chief Minister Arvind Kejriwal will be representing Delhi and India at the World Cities Cultural Forum (WCCF), according to a statement issued by the city government.

Explanation: A UN-led global immunization strategy was unveiled to reach more than 50 million childrenwho have missed lifesaving jabs against measles and other diseases because of COVID-19 disruption.

Explanation: The Reserve Bank of India (RBI) fixed the tenure of MD, CEO and whole-time director (WTD) in a private sector bank at 15 years and prescribed the maximum age of 70 years for such functionaries.

Explanation: The New Development Bank (NDB) priced its 5-year USD 1.5 billion benchmark bond. This transaction is the third USD benchmark bond offering of the Bank in the international markets.

Explanation: In a major initiative, the state government has roped in Microsoft to take up skill development training for college students and unemployed youth in Andhra Pradesh .

Explanation: The Haryana State Industrial and Infrastructure Development Corporation (HSIIDC) entered into a MoU with the World Trade Center (WTC) recently to promote and facilitate trade and investment in the state.

Explanation: son of the assassinated leader of Chad Idriss Deby Itno is to succeed the presidency in place of his father, according to a charter published by the presidency.

Explanation: The Reserve Bank said the government has appointed Economic Affairs Secretary Ajay Seth on the central bank’s board.

Explanation: Bengaluru-based lady entrepreneur Vibha Harish, CEO and founder of herbal nutrition and plant-based supplement company Cosmix, has made it to the Forbes Asia’s 30 Under- 30 in just one year of opening her venture. At present.

Explanation: Argentina, Brazil, Uganda and Vanuatu were announced as the global winners of the ICC development awards for 2020.The awards are given to members for working to grow cricket in emerging markets in partnership with the ICC.

National-award winning editor Waman Bhonsle passed away at his residence in Mumbai due to age-related issues. He was 87.

Explanation: The Living Mountain is a new story by Jnanpith winner and internationally renowned author Amitav Ghosh, written during the course of the pandemic.

Explanation: World Immunization Week is a global public health campaign to raise awareness and increase rates of immunization against vaccine-preventable diseases around the world. It takes place each year during last week of April(24-30).