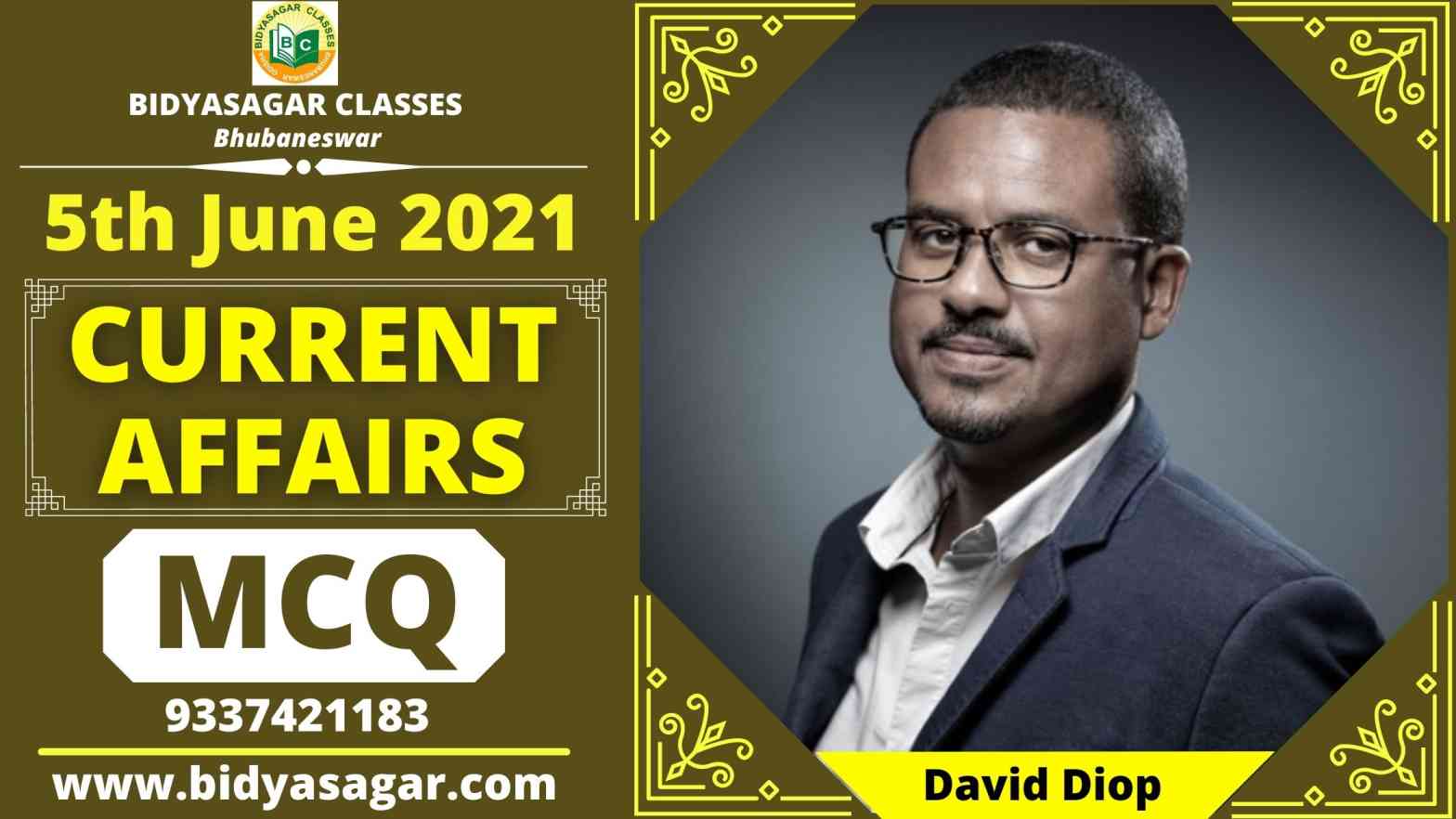 In this article, we will discuss MCQ on important current affairs of 4th June 2021 and their answers with explanations.

2. Which river project in Gujarat has been recently approved by NGT?

3. Who has won the Belgrade Open men’s title?

5. Who has won the International Booker Prize 2021?

6. Which state has topped the Sustainable Development Goals Index 2020-21?

7. Which city has topped in the AIRINC Global Cities Index?

8. Which bank has become the 1st in Asia-Pacific to offer ‘SWIFT GPI Instant’ facility?

9. Who has become the fastest female mountaineer to scale Mt. Everest?

11. When World Environment Day is observed?

12. When is the International Day of Innocent Children Victims of Aggression observed?

13. Who Takes Charge as Deputy Chief of Naval Staff?

16. How many policymakers will be included in the first Asia Pacific Public Sector Cyber Security Executive Council?

18. Who is appointed as Magma Fincorp Chairman?

19. Where is the HQ of Magma Fincorp Limited?

Kerala has topped the Sustainable Development Goals Index 2020-21 with a score of 75 followed by Himachal Pradesh and Tamil Nadu. The index was released by National Institution for Transforming India (NITI).

Bahrain’s capital city, Manama has topped among 150 cities in the AIRINC Global Cities Index for financial attractiveness. Mumbai and New Delhi were the only two Indian cities that managed to find a spot in the index.

Tsang Yin-Hung of Hong Kong has become the fastest female mountaineer to scale Mount Everest. She scaled the world’s highest peak in 25 hours and 50 minutes.

PayTM will launch India’s largest Initial Public Offering (IPO). It aims to raise $ 3 billion from the IPO. PayTM is backed by Softbank under the name of One97 Communications Private Limited.

World Environment Day (WED) is celebrated on 05 June every year around the world. it aims to create awareness and encourage people to take action for the protection of our environment.

The day of 4th June is observed as International Day of Innocent Children Victims of Aggression every year around the world to protect the rights of children.

it will include 15 policymakers from Brunei, Indonesia, Korea, Malaysia, the Philippines, Singapore, and Thailand.

it will include 15 policymakers from Brunei, Indonesia, Korea, Malaysia, the Philippines, Singapore, and Thailand.

On 31st May 2021, Mumbai-based NBFC, Magma Fincorp Limited has decided to appoint Adar Poonawalla as its Chairman.