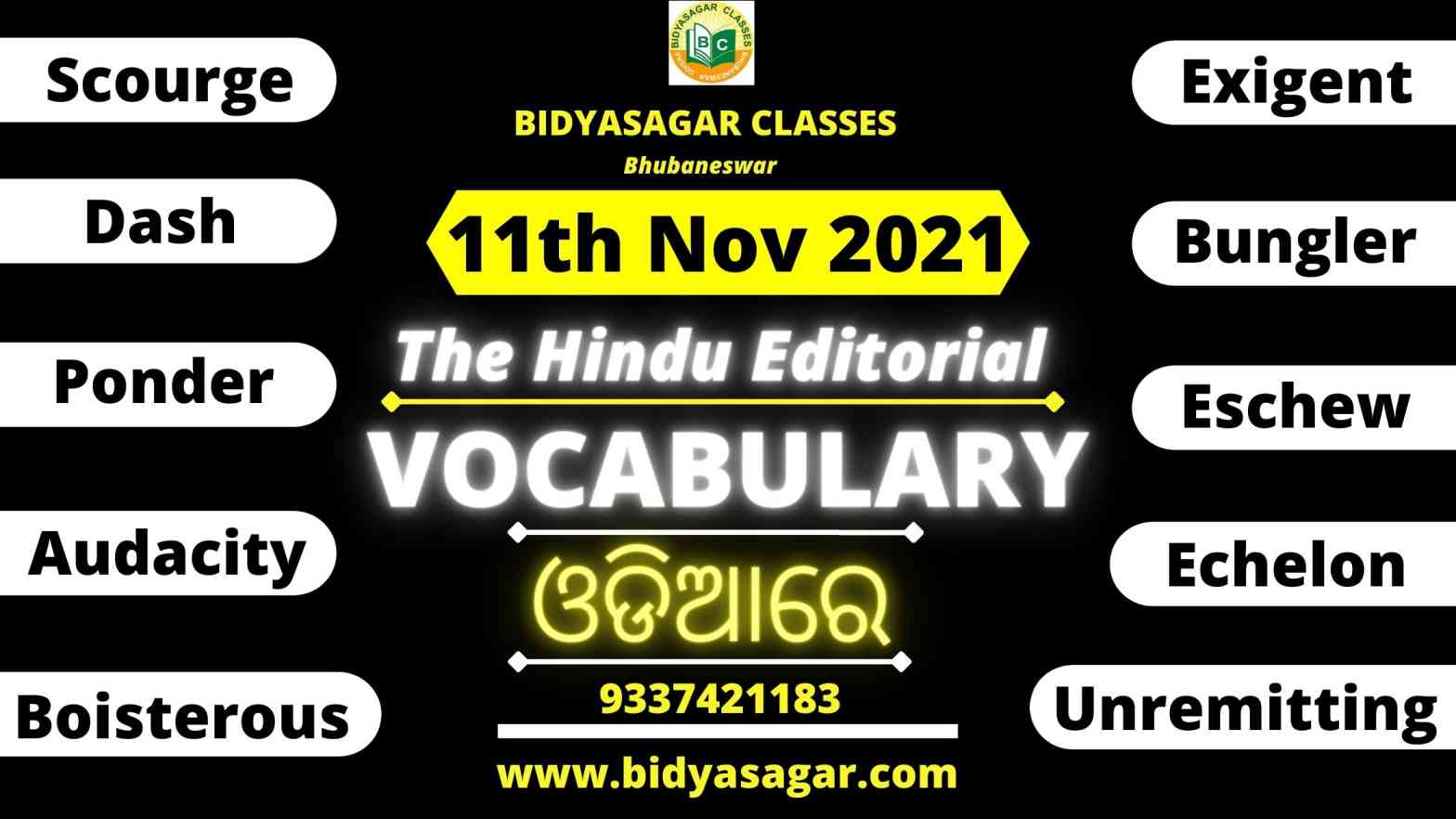 In this article, all the important vocabulary of The Hindu Editorial dated 11th November 2021 is discussed with their meaning, synonyms, antonyms, and usage in a sentence.

Use: I remember having one boisterous boy around the house.

Meaning (English): courage or confidence of a kind that other people find shocking or rude

Use: He had the audacity to blame me for his mistake!

Meaning (English): to think carefully about something, especially for a noticeable length of time

Use: She sat back for a minute to ponder her next move in the game.

Meaning (English): to avoid something intentionally, or to give something up

Use: We won’t have discussions with this group unless they eschew violence.

Use: The dog ran off, and she dashed after him.

Use: Our thanks are due to Bob Lawrence whose unremitting labours have ensured the success of the whole project.

Meaning (English): something or someone that causes great suffering or a lot of trouble

Use: Pop-up ads have been described as the scourge of the Internet.

Antonyms: fail, fall, get the worst of, go down

Meaning (English): a person who does something very badly, in a careless or stupid way

Use: She depicted her fellow investigators as bunglers.

Meaning (English): a particular level or group of people within an organization such as an army or company

Use: These salary increases will affect only the highest echelons of local government.

Meaning (English): needing urgent attention, or demanding too much from other people

Use: She became even more exigent over his pronunciation.