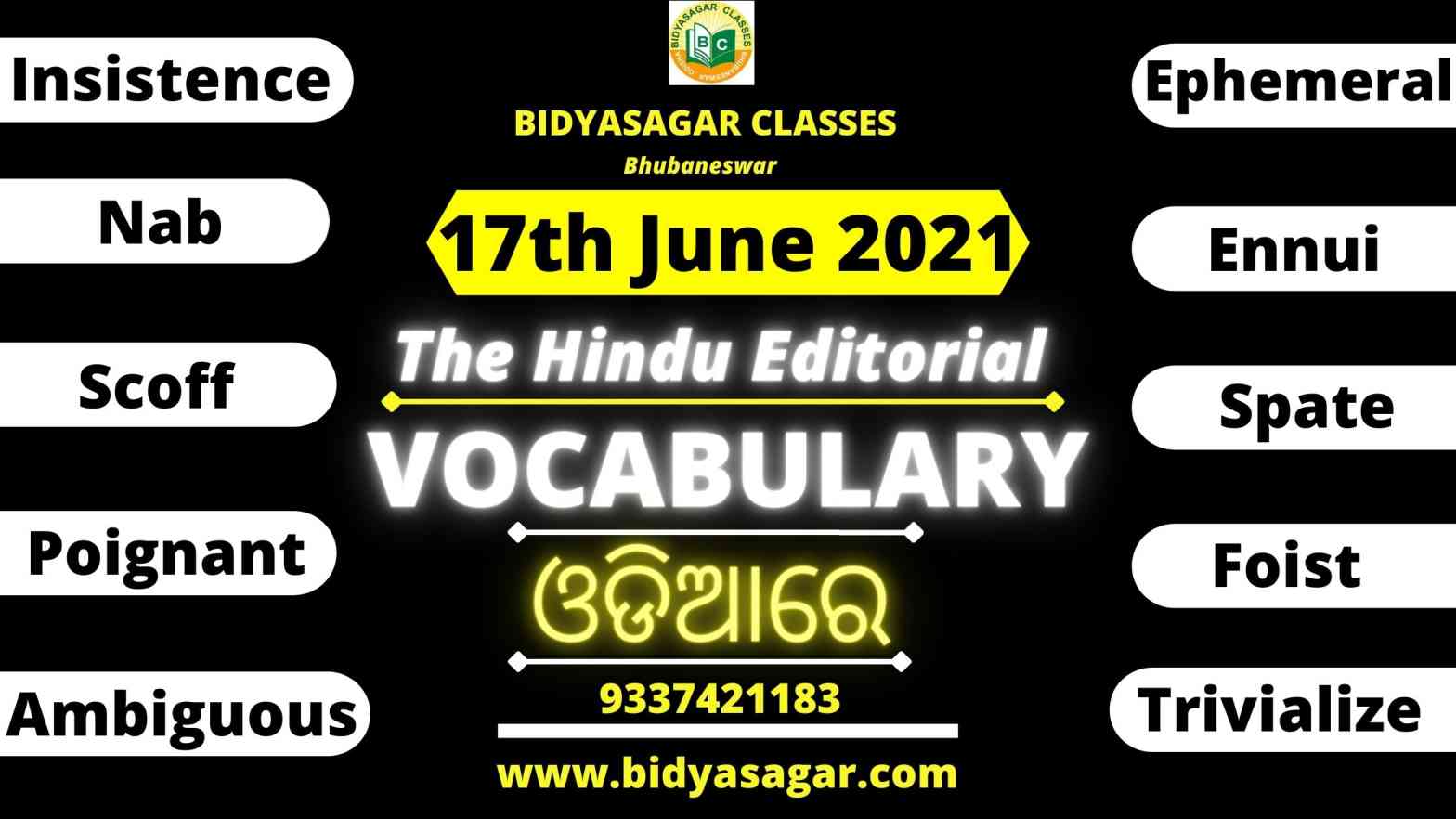 Meaning (English): the fact or quality of insisting that something is the case or should be done

Use: At her insistence, the matter was dropped.

Meaning (English): speak to someone or about something in a scornfully derisive or mocking way.

Use: You are pleased to scoff.

Meaning (English): a large number of similar things or events appearing or occurring in quick succession.

Use: After the storm all the rivers were in spate.

Meaning (English): open to more than one interpretation; having a double meaning

Use: He gave me an ambiguous answer.

Meaning (English): evoking a keen sense of sadness or regret.

Use: I found his speech deeply poignant.

Meaning (English): a feeling of listlessness and dissatisfaction arising from a lack of occupation or excitement.

Use: When they fail to do this, ennui is not far behind.

Use: Most newspapers are of ephemeral interest.

Meaning (English): make (something) seem less important, significant, or complex than it really is.

Use: Don’t trivialize the seriousness of the issue!

Meaning (English): impose an unwelcome or unnecessary person or thing on.

Use: He doesn’t try to foist his beliefs on everyone.

Use: See if you can nab a seat.