The Hindu Editorial Vocabulary of 29th April 2021 by Bidyasagar Classes,Bhubaneswar 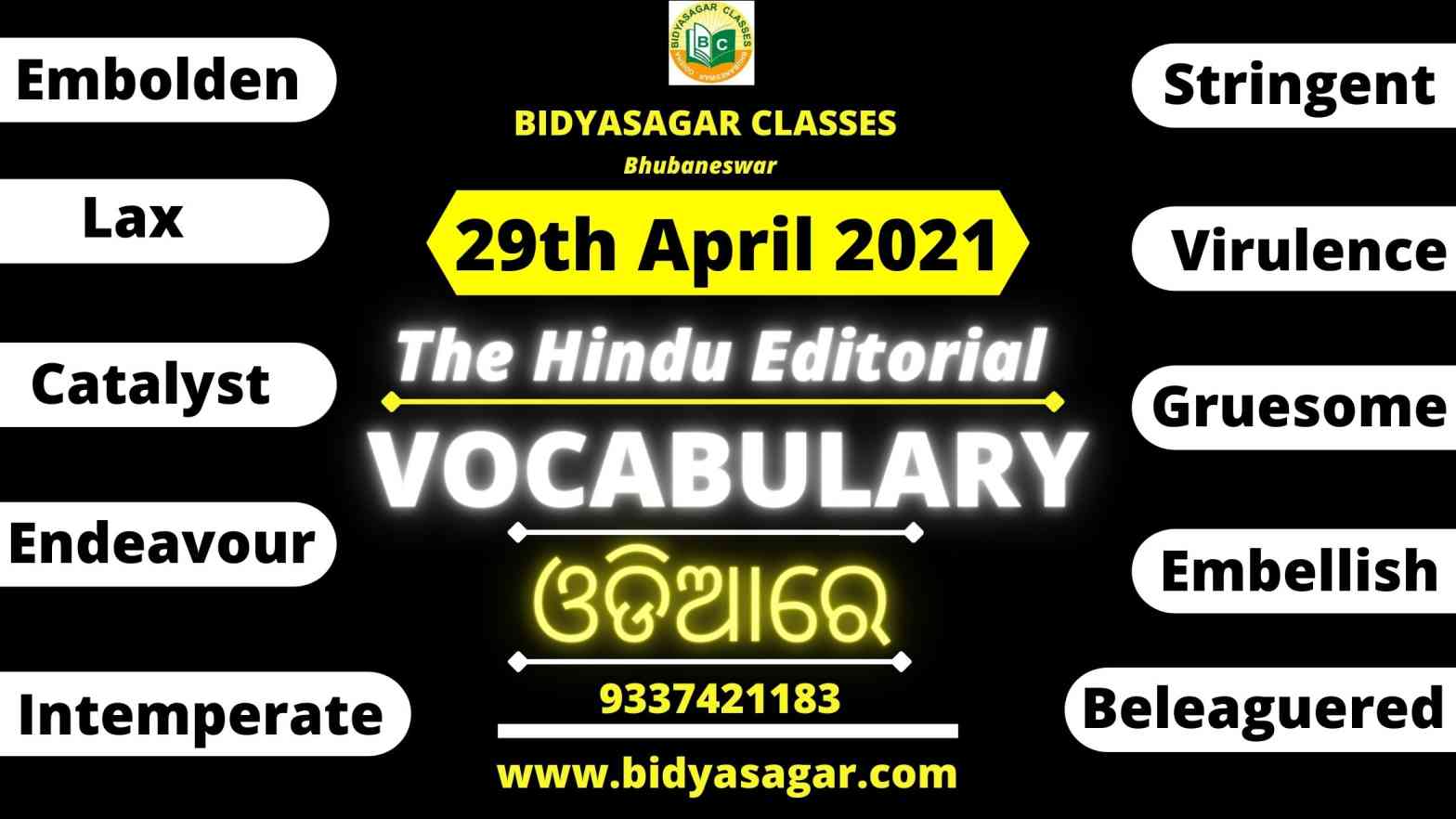 Meaning (English): Give (someone) the courage or confidence to do something.

Use: ‘I felt so emboldened by the solitary lunch experience that I then went and sat in the foyer of the National theatre.’

Meaning (English): Having or showing a lack of self-control

Use: When Barbara drinks, she becomes intemperate and cannot regulate her actions.

Mnemonics: My new CAT caused A LIST (lyst) of things that suddenly changed in my life.

Meaning (English): Something that causes an important event to happen

Use: His caustic expression served as a catalyst to her boredom.

Mnemonics: En+Devote. Devote oneself to achieve something.

Use: In this endeavor, he met with vigorous opponents.

Meaning (English): Not having high standards

Use: Never let go of that privacy or be lax with your security.

Use: He must furnish the proofs, which are collected according to very stringent rules

Use: Eventually, he reasoned, the hungry hoards would overwhelm the beleaguered food supply.

Mnemonics: When he opened his eyes, he found a gruesome sight awaiting him

Use: When he opened his eyes, he found a gruesome sight awaiting him

Mnemonics: emBELLish–we add BELL to the Christmas trees to adorn it

Use: Urban did much to embellish the city.

Use: Urban did much to embellish the city.