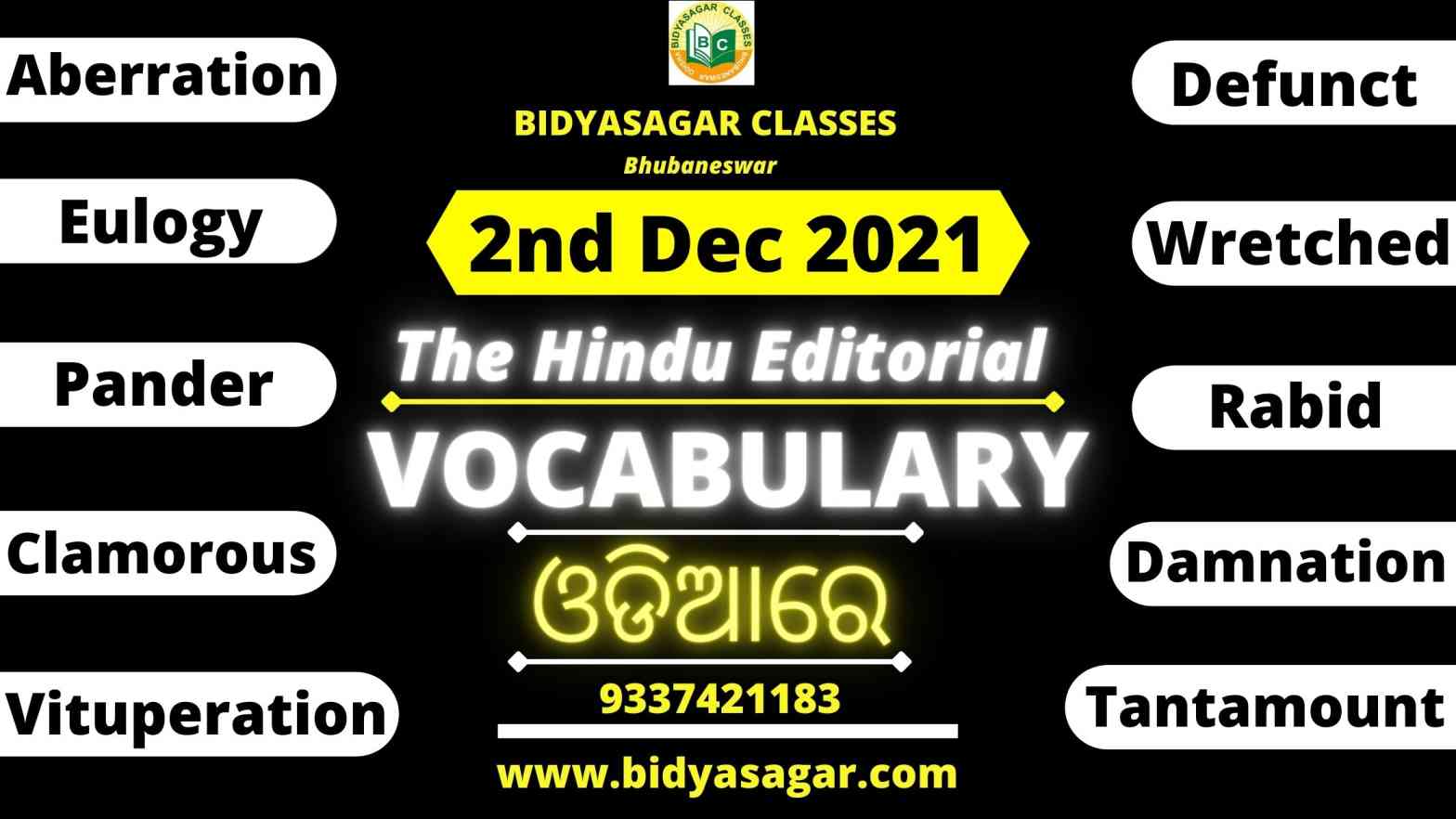 In this article, all the important vocabulary of The Hindu Editorial dated 2nd december 2021 is discussed with their meaning, synonyms, antonyms, and usage in a sentence.

Meaning (English): gratify or indulge (an immoral or distasteful desire, need, or habit or a person with such a desire, etc.)

Use: Don’t pander to such people.

Meaning (English): language that is full of hate, or angry criticism

Use: No one else attracted such vituperation from him.

Use: The meeting began to become clamorous.

Use: A rabid dog bit him.

Meaning (English): being almost the same or having the same effect as something, usually something bad

Use: Her refusal to answer was tantamount to an admission of guilt.

Meaning (English): the act of sending someone to hell or the state of being in hell

Use: He believed that he would be condemned to eternal damnation for what he had done.

Meaning (English): a speech, piece of writing, poem, etc. containing great praise, especially for someone who recently died or retired from work

Use: The song was a eulogy to the joys of travelling.

Meaning (English): a temporary change from the typical or usual way of behaving

Use: In a moment of aberration, she agreed to go with him.

Use: members of a now defunct communist organization

Use: The people live in wretched conditions, with no running water.