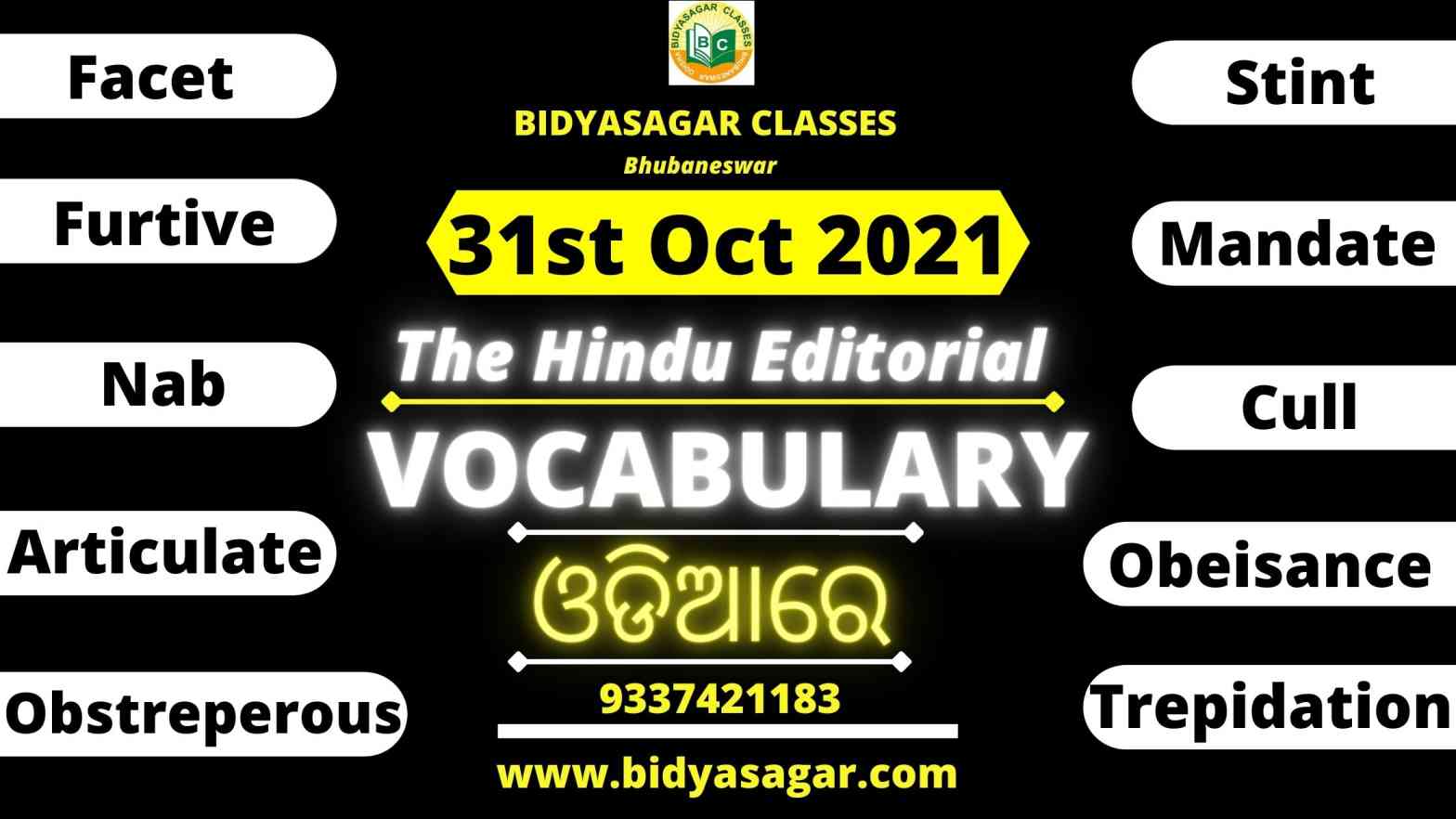 In this article, all the important vocabulary of The Hindu Editorial dated 31st October 2021 is discussed with their meaning, synonyms, antonyms, and usage in a sentence.

Meaning (English): difficult to deal with and noisy

Use: He becomes obstreperous when he’s had a few drinks

Meaning (English): fear or worry about what is going to happen

Use: We view future developments with some trepidation.

Meaning (English): to take something suddenly, or to catch or arrest a criminal

Use: Someone nabbed my apple when I wasn’t looking!

Meaning (English): select from a large quantity; obtain from a variety of sources.

Use: The plan to cull large numbers of baby seals has angered environmental groups.

Meaning (English): able to express thoughts and feelings easily and clearly, or showing this quality

Use:  She’s unusually articulate for a ten-year-old.

Use: He made one or two furtive phone calls.

Use: She conflated the three plays to produce a fresh new work.

Meaning (English): one part of a subject, situation, etc. that has many parts

Use: She has so many facets to her personality.

Meaning (English): a fixed or limited period of time spent doing a particular job or activity

Use: He has just finished a stint of compulsory military service.

Meaning (English): the authority given to an elected group of people, such as a government, to perform an action or govern a country

Use: The president secured the Congressional mandate to go to war by three votes.