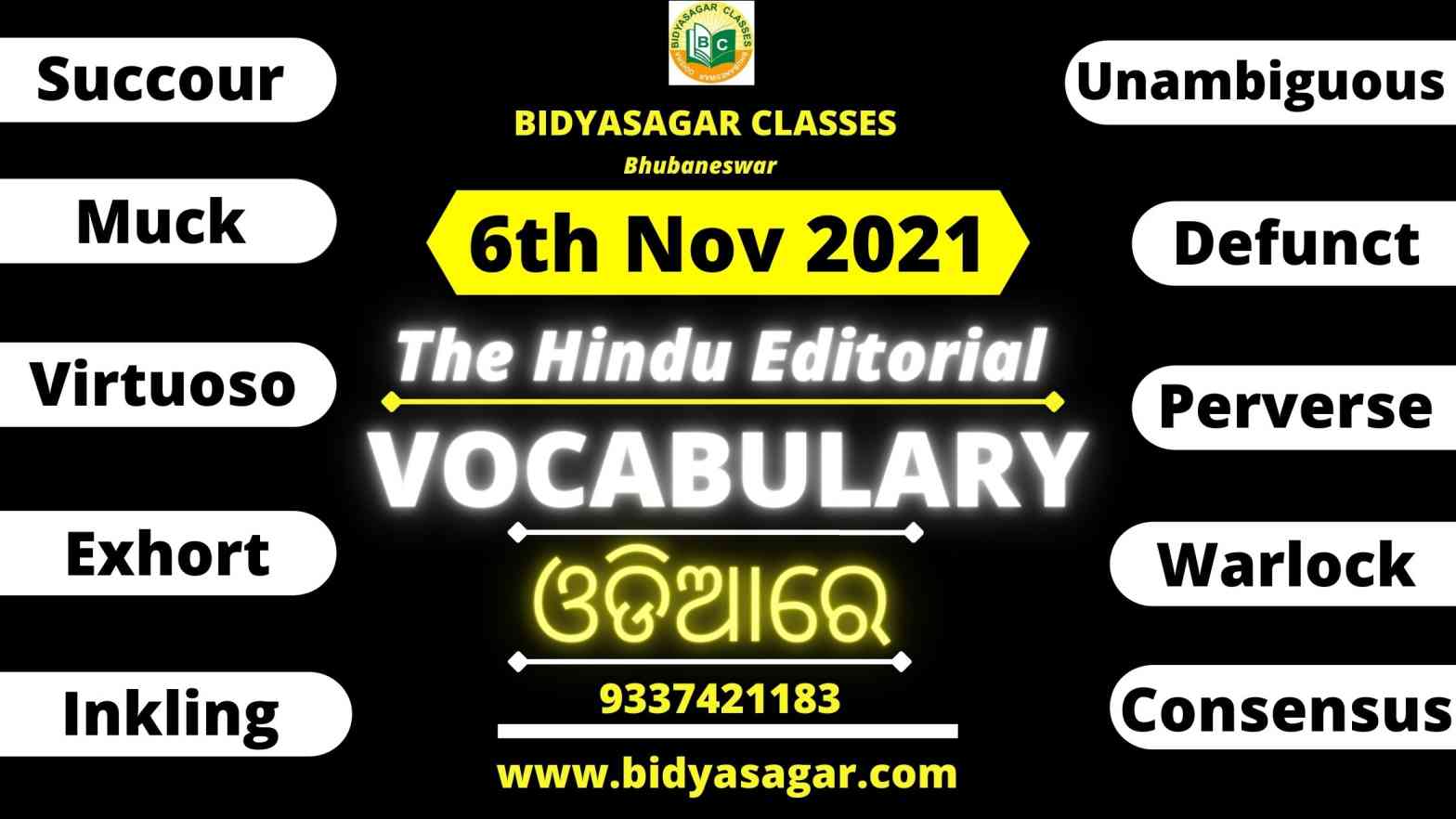 In this article, all the important vocabulary of The Hindu Editorial dated 6th November 2021 is discussed with their meaning, synonyms, antonyms, and usage in a sentence.

Meaning (English): a person who is extremely skilled at something, especially at playing an instrument or performing

Use: Famous mainly for his wonderful voice, Cole Porter was also a virtuoso on the piano.

Meaning (English): to strongly encourage or try to persuade someone to do something

Use: The governor exhorted the prisoners not to riot.

Meaning (English): a feeling that something is true or likely to happen, although you are not certain

Use: He must have had some inkling of what was happening.

Meaning (English): strange and not what most people would expect or enjoy

Use: Jack was being perverse and refusing to agree with anything we said.

Meaning (English): a man who is believed to have magical powers, usually to do evil

Use: A dead warlock does no damage.

Meaning (English): a generally accepted opinion or decision among a group of people

Use: The general consensus in the office is that he can’t do his job.

Meaning (English): mud, dirt, or a sticky natural substance such as animal waste

Use: There was green muck at the bottom of the boat.

Use: members of a now defunct communist organization

Meaning (English): expressed in a way that makes it completely clear what is meant

Use: The minister promised a clear and unambiguous statement on the future of the coal industry.

Meaning (English): the feeling or act of venerating (= very much respecting) someone or something

Use: I cannot find words to express the veneration I feel for those men.