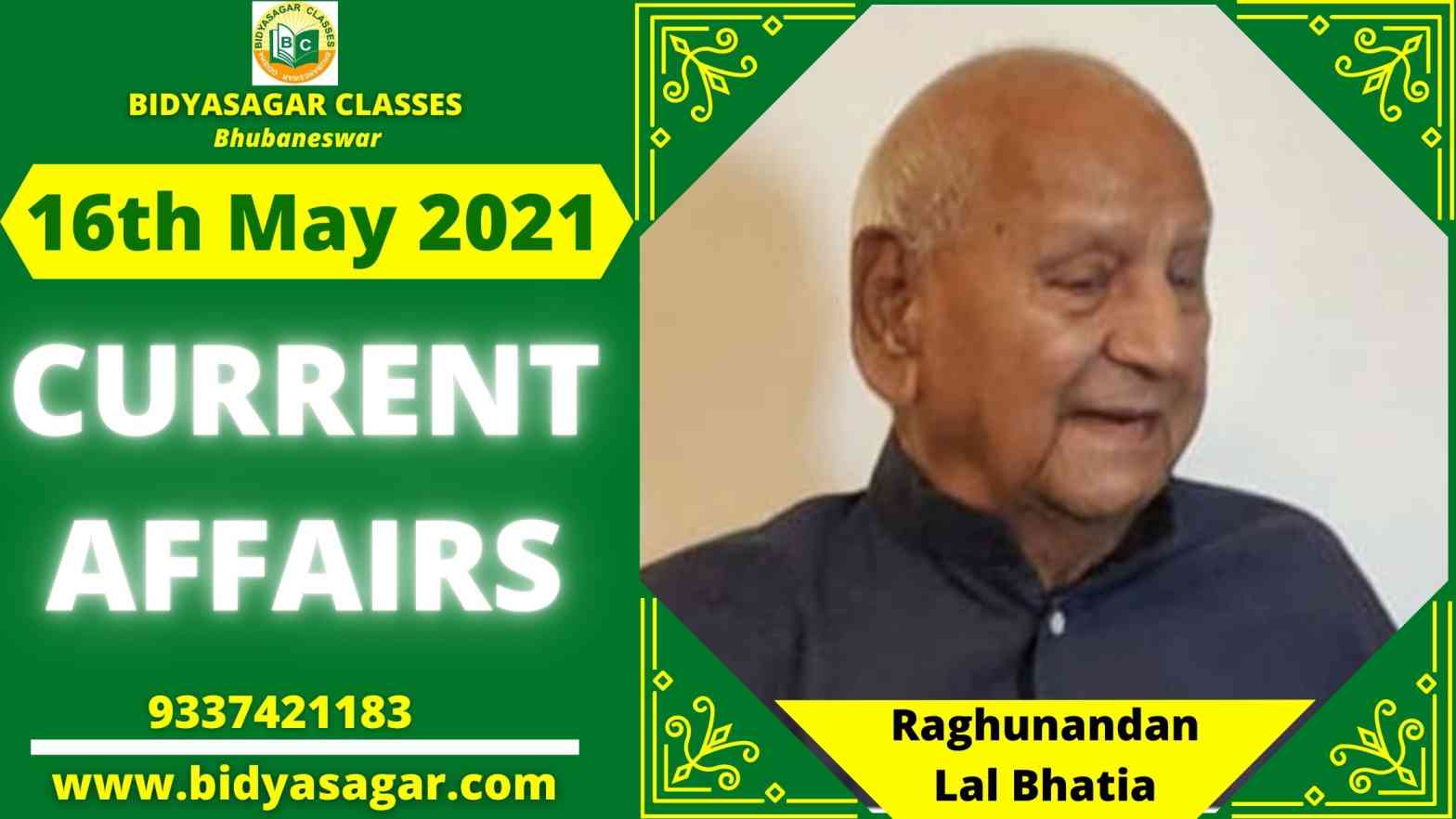 2. In 2021-22, the Union Agriculture Ministry has set aside Rs 2250 crore to help the horticulture sector realise its enormous potential

4. Punjab will become a member of the global COVAX alliance to obtain anti-Covid vaccines

5. The Indian Coronavirus Variant has been designated as a “Global Variant Of Concern” by the World Health Organization.

6. China is the first nation in the world to outlaw synthetic cannabinoids

7. The Reserve Bank of India has removed Lakshmi Vilas Bank from the second schedule of the RBI Act

9. The CovAid platform has been set up to monitor relief efforts in real-time

10. NASA and Axiom have signed an agreement for the first private astronaut flight to the International Space Station.

11. Gunjan Shah, the former CEO of Britannia, is set to become the new CEO of Bata India.

12. New Zealand will host the postponed women’s tournament in October and November 2022, as part of the 2021 Rugby World Cup.

14. Raghunandan Lal Bhatia, a six-time Member of Parliament from Amritsar, has died at the age of 100.