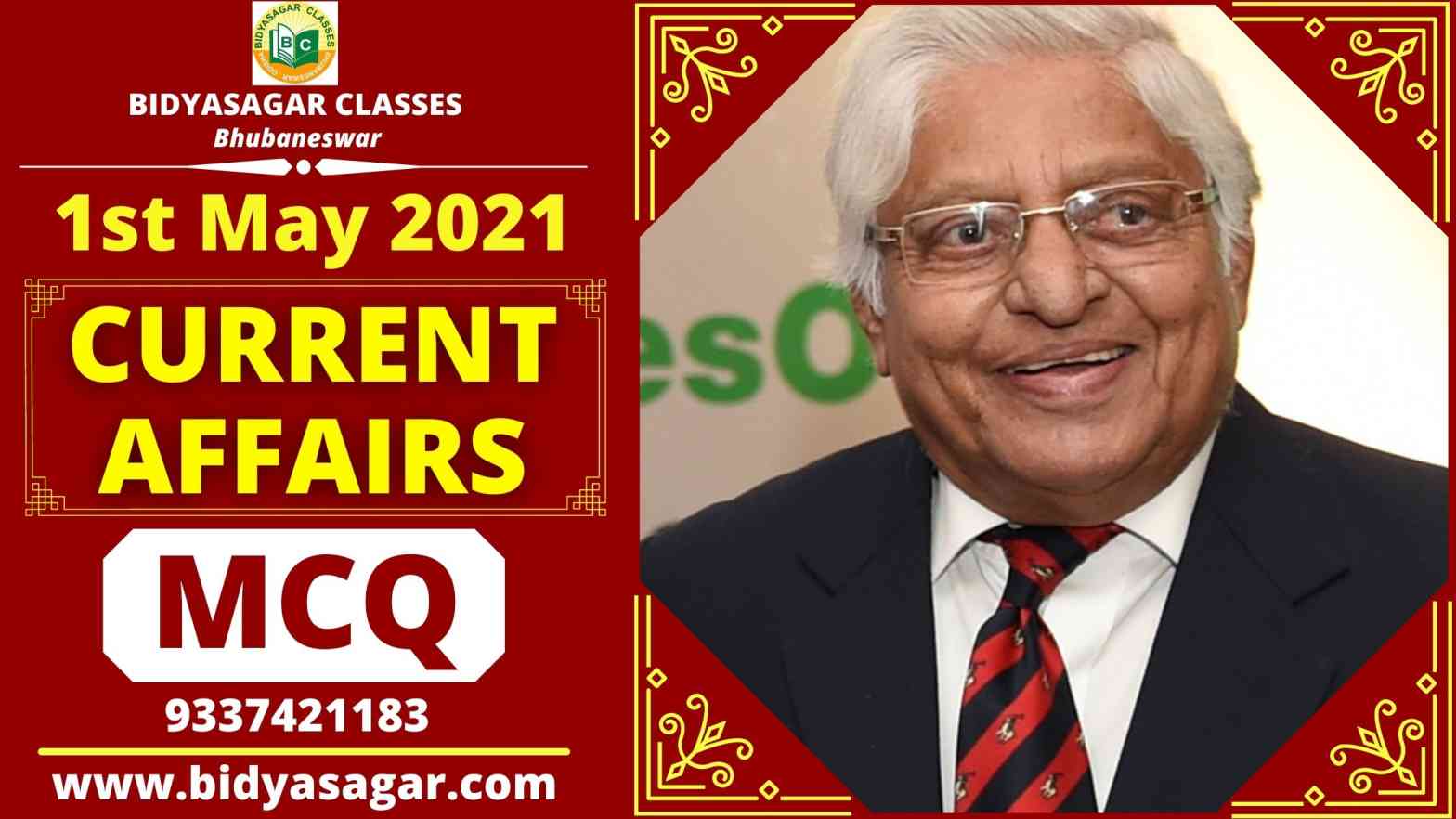 1.How much amount was sanctioned by the centre under the MGNREGA in the current financial year?

3.Which state government launched the Jeevan Amrit Yojana’ scheme to boost the immunity system of citizens?

4. Which Indian minister participated in the BRICS Foreign Ministers meeting on coronavirus through video conferencing.?

5.Which country hosted the eleventh session of Petersberg Climate Dialogue through video conference?

7.How much loan was given by Asian Development Bank for the power sector in rural Maharashtra?

9.Moody’s Investors Service slashed India growth forecast for the calendar year 2020 to how much per cent?

10.Which Company launched the Hydrogen Fuel bus and car project for Leh and New Delhi?

11.Who has been appointed as interim MD and CEO of PNB Housing Finance?

12.Recently who was sworn in as vigilance commissioner?

13.Who has been appointed as the head coach of the USA men’s national cricket team?

14.Who has been appointed as the chairperson of the Public Enterprises Selection Board (PESB)?

15.Recently Central Mechanical Engineering Research Institute has developed Hospital Care Assistive Robotic Device, HCARD. It is based in which city?

17.Recently Rishi Kapoor passed away.He was related to which field?

18.Recently Troy Sneed passed away. He was related to which field?

19.Recently Michael Robinson passed away, He was related to which sports?

20.The biography Sayajirao Gaekwad III: The Maharaja of Baroda’ is based on which personality?

22.Where is the HQ of the Asian Development Bank?

Explanation: The Centre has sanctioned Rs 33,300 crore under the MGNREGA in the current financial year so far to liquidate all outstanding dues of previous years and to meet wage expenditure till June said to Rural Development Minister Narendra Singh Tomar.

Explanation: The eleventh session of Petersberg Climate Dialogue witnessed India along with 30 other countries deliberating over ways and means to tackle the challenge of reinvigorating economies and societies after COVID-19. It was hosted by Germany, and it was co-hosted by the United Kingdom (UK).

Explanation: The Saudi G20 Presidency has welcome the launch of “Access to COVID-19 Tools (ACT) Accelerator”, a landmark, global and timely collaboration for the accelerated development, production and equitable access to new COVID-19 tools.

Explanation: The Asian Development Bank (ADB) said it has approved a USD 346 million (around Rs 2,616 crore) loan to the Indian government to provide a reliable power connection in rural areas of Maharashtra.

Explanation: Moody’s Investors Service slashed India growth forecast for the calendar year 2020 to 0.2 per cent, from 2.5 per cent projected in March. For 2021, the rating agency expects India’s growth to rebound to 6.2 per cent.

Explanation: J Arun Kumar, the former Karnataka captain and coach, has been appointed as the head coach of the USA men’s national cricket team.

Explanation: Former finance secretary Rajiv Kumar was y appointed as the chairperson of the Public Enterprises Selection Board (PESB), the government’s headhunter for top-level posts in public sector undertakings for a period of three years.

Explanation: Private sector lender Axis Bank said it would acquire an additional 29 per cent stake in Max Life Insurance for an estimated price of Rs 1,592 crore, raising its total holding in the life insurer to 30 per cent after the completion of the deal. Max Financial Services will hold the remaining 70 per cent in the joint venture.

Explanation: Bollywood’s heartthrob of the 70s’ and acclaimed National Award-winning actor Rishi Kapoor passed away at the Sir HN Reliance Foundation Hospital in Mumbai. He was 67.

Explanation: Grammy-nominated gospel singer Troy Sneed has died from complications with the coronavirus at the age of 52.

Explanation: Former Liverpool and Republic of Ireland striker Michael Robinson has died at the age of 61.

hattisgarh tops among other states in providing employment under MGNREGS

3.DST launches programme on health & risk communication with a focus on COVID-19

17.Book titled “The Room Where It Happened: A White House Memoir” authored by John Bolton launched