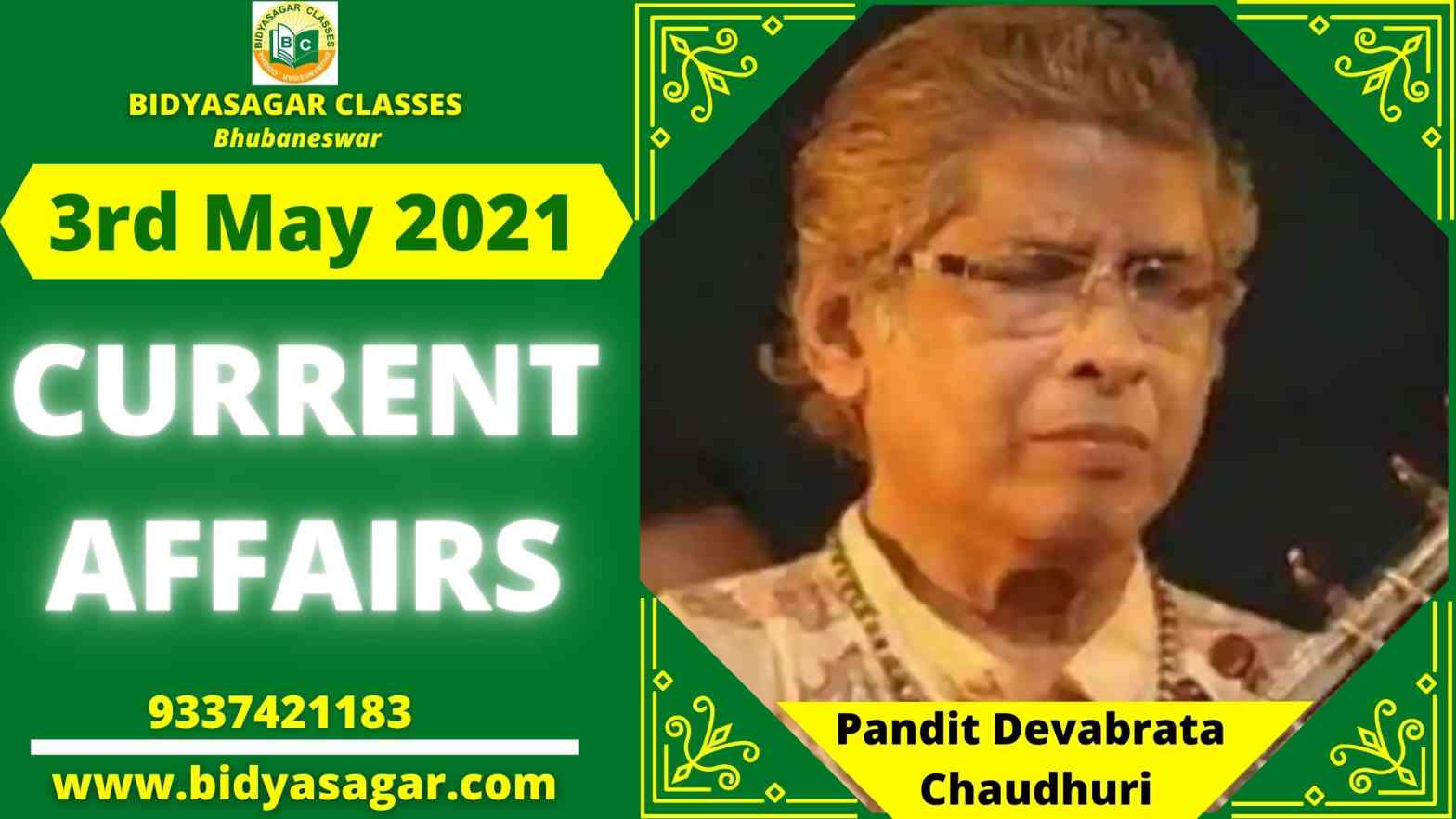 4. With over 6000 route km, Railways log highest ever figures in Electrification of routes

12. Exports of foreign subsidiaries accounted for 33% of their total sales in FY20: RBI

14. Axis Bank to sell UK arm to a tech platform

15. 2023 Men’s Boxing World Championships to be held in Tashkent

21. India’s biggest floating solar power plant to be set up at Ramagundam in Telangana