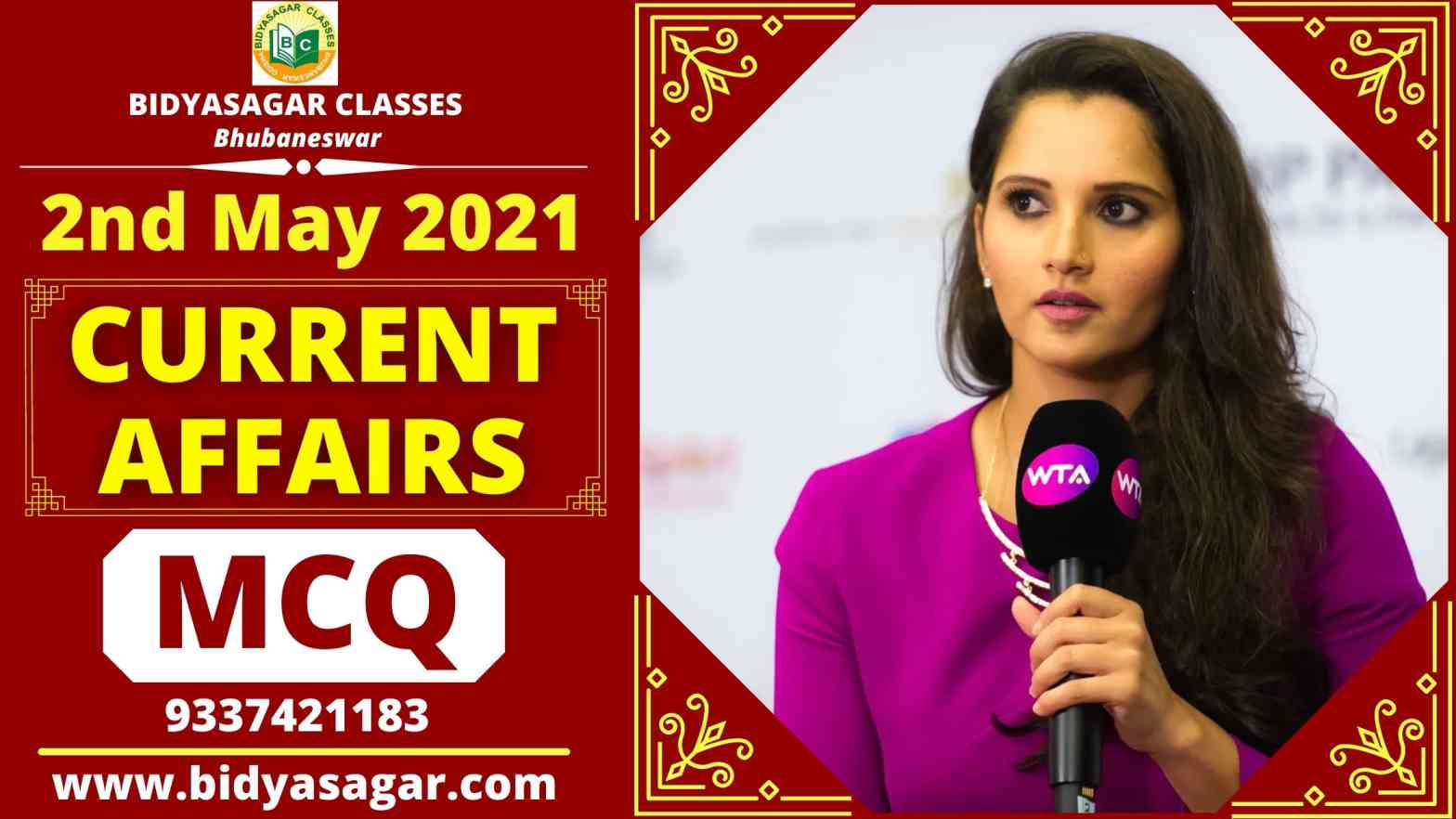 1. Which state government approved a hike in financial assistance under the Ashirwad scheme from Rs 21,000 to Rs 51,000 per beneficiary?

2. Recently which state government has launched the Corona Warriors Scheme?

3. How much amount was released by the central government for State Disaster Response Fund to all States for COVID-19 containment measures?

4. The finance ministry has decided to give how much amount to States as interest-free 50-year loan for spending on capital projects?

5. The Border Roads Organisation (BRO) one of its oldest project — DANTAK commemorated its Diamond Jubilee built in which country?

6. As per the recent report, India needs how much amount to fight climate change?

7. Which became the first country to announce that it will regulate the use of self-driving vehicles at slow speeds on motorways?

8. Recently which country announced a contribution of USD 2.4 million to support medical services for coronavirus affected people in India?

9. Recently NATO has launched a joint military exercise in which country with thousands of military forces from the United States and other countries?

10. Recently Axis Bank Board classified which company as ‘public shareholder’ of Axis Bank from being a ‘promoter’?

11. Which bank signed MoU with BSNL to provide seamless telecom services to the bank at a competitive rate?

12. Which organisation joined the Central Banks and Supervisors Network for Greening the Financial System (NGFS) as a member?

13. According to an analysis by brokerage Motilal Oswal Financial Services, household savings rose to how much percent of GDP?

14. As per the Commerce Ministry, India’s exports of organic food products rose by how much percent in 2020-21?

15. As per CMIE data, the Unemployment rate likely to be how much percent compared to 6.5% in March in India?

16. Which company to acquire 64.3% in grocery chain BigBasket?

17. Who has been appointed as the new chairman of Bajaj Auto?

18. The world’s most powerful weather, climate-change forecasting supercomputer is to be built in which country?

19. Recently National Commission for women has launched a helpline number on which platform for pregnant women’s?

22. Which day is observed as International Workers Day?

23. Where is the HQ of New India Assurance Company Limited?

24. What is the capital of Norway?

25. Where is the HQ of the North Atlantic Treaty Organisation (NATO)?

Explanation: The Punjab Cabinet approved a hike in financial assistance under the Ashirwad scheme from Rs 21,000 to Rs 51,000 per beneficiary, with directions to clear all payment backlog under the scheme.

Explanation: In Madhya Pradesh, the state government has launched the Corona Warriors Scheme.

Explanation: As a special dispensation, the Centre has released in advance over 8873 crore rupees for State Disaster Response Fund (SDRF) to all the States.

Explanation: The Finance Ministry has decided to provide an additional amount of up to 15 thousand crore rupees to States as an interest-free 50-year loan for spending on capital projects.

Explanation: The Border Roads Organisation (BRO) said that one of its oldest project — DANTAK commemorated its Diamond Jubilee in Bhutan.

Explanation: The country needs over USD 400 billion in capital investment which could save over 100 GW of energy and 1.1 billion tonnes of greenhouse gasses between 2015 and 2030, if it goes ahead with the measures to control pollution under the Paris climate agreement, says a report.

Explanation: The UK government became the first country to announce it will regulate the use of self-driving vehicles at slow speeds on motorways, with the first such cars possibly appearing on public roads as soon as this year.

Explanation: NATO has launched joint military exercises in Albania with thousands of military forces from the United States and other countries in the Western Balkans.

Explanation: Public sector insurer The New India Assurance Co Ltd (NIACL) has been reclassified as a ‘public shareholder’ of Axis Bank from being a ‘promoter’ earlier.

Explanation: Indian Bank signed an MoU with Bharat Sanchar Nigam Limited(BSNL) to provide seamless telecom services to the bank at a competitive rate.

Explanation: The Reserve Bank of India (RBI) said it has joined the Central Banks and Supervisors Network for Greening the Financial System (NGFS) as a member.

Explanation: As people were forced to remain indoors for most of the year due to the lockdowns, there was an unlikely winner in the pandemic-ravaged year — household savings — which rose to 22.5 per cent of GDP from 19.8 per cent in 2019, according to a report.

Explanation: The country’s exports of organic food products rose by 51 per cent year-on-year to USD 1 billion (Rs 7,078 crore) in 2020-21, the commerce ministry said.

Explanation: The unemployment rate in India has shot up in the primary two weeks of April and the month-to-month unemployment rate is likely to be shut to 8% compared to 6.5% in March with decrease absorption of labour in the market, says the Centre for Monitoring Indian Economy.

Explanation: Nearly 50 years after he took over the reins of the company, Rahul Bajaj stepped down as Chairman of Bajaj Auto. His cousin, Niraj Bajaj, has been named the Chairman with effect from May 1.

Explanation: Microsoft and UK’s Met Office have teamed up to build the world’s most powerful supercomputer to forecast weather and climate change.

Explanation: The National Commission for Women has launched a WhatsApp helpline number for providing emergency medical assistance to pregnant women. The number is 9354954224. The move came after NCW noticed that pregnant women were facing difficulty in accessing medical aid.

Explanation: American astronaut Michael Collins, who piloted the Apollo 11 command module while his crewmates became the first people to walk on the Moon, died after battling cancer.

Explanation: International Workers’ Day, also known as Labour Day in most countries, is celebrated on May 1 every year.