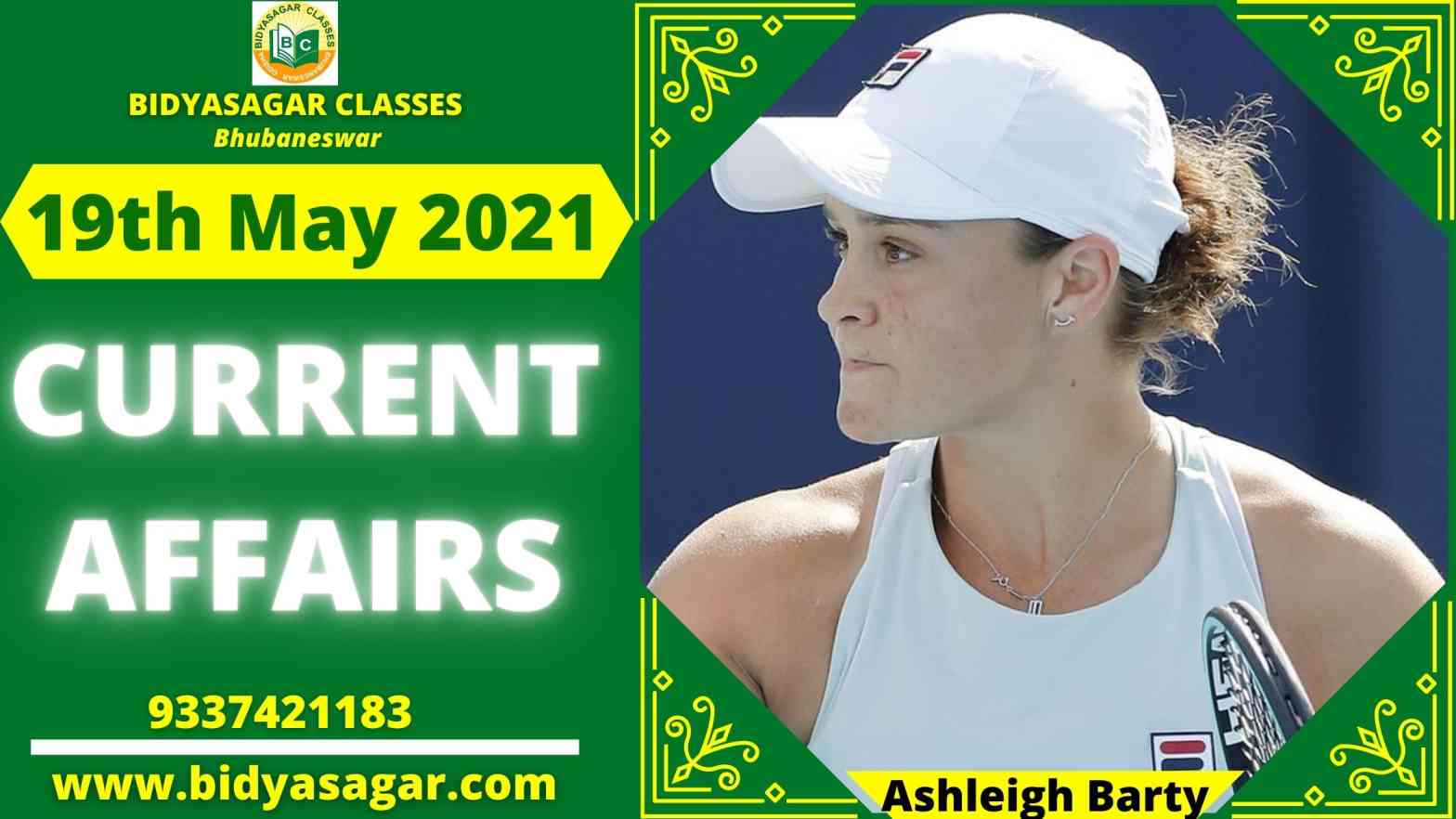 1. All MLAs in Gujarat must set aside Rs 50 lakh for health infrastructure

2. The Indian Navy establishes a COVID Care Center in Bheemunipatnam

3. Haryana provides for GST reimbursement on donations of Covid products.

4. India has 43 of the world’s 100 most environmentally vulnerable cities, according to a study.

5. In the wake of the COVID-19 pandemic, Bank of Baroda has launched a microsite to assist employees.

6. SBI and the European Investment Bank will invest up to €100 million in Indian SMEs working on climate change and sustainability.

7. Bajaj Finserv has started a programme to support the families of its deceased workers.

8. IDRBT is developing the digital financial infrastructure of the future.

10. Anil Agarwal of Vedanta has pledged Rs 150 crore to help India deal with the COVID-19 crisis, while Accenture has pledged USD 25 million.

14. The Porsche Tennis Grand Prix is won by Ashleigh Barty.

15. The AIBA World Boxing Championships for Men will be held in Belgrade in October and November.

16. Basavashree awards will be given to classical musician Pandit Rajeev Taranath and scientist Dr. K Kasturirangan.

18. The Chief Minister of Manipur has launched a vegetable market called ‘MOMA Market.’

19. Satoshi Uchida has been appointed as the new CEO of Suzuki Motorcycle India.