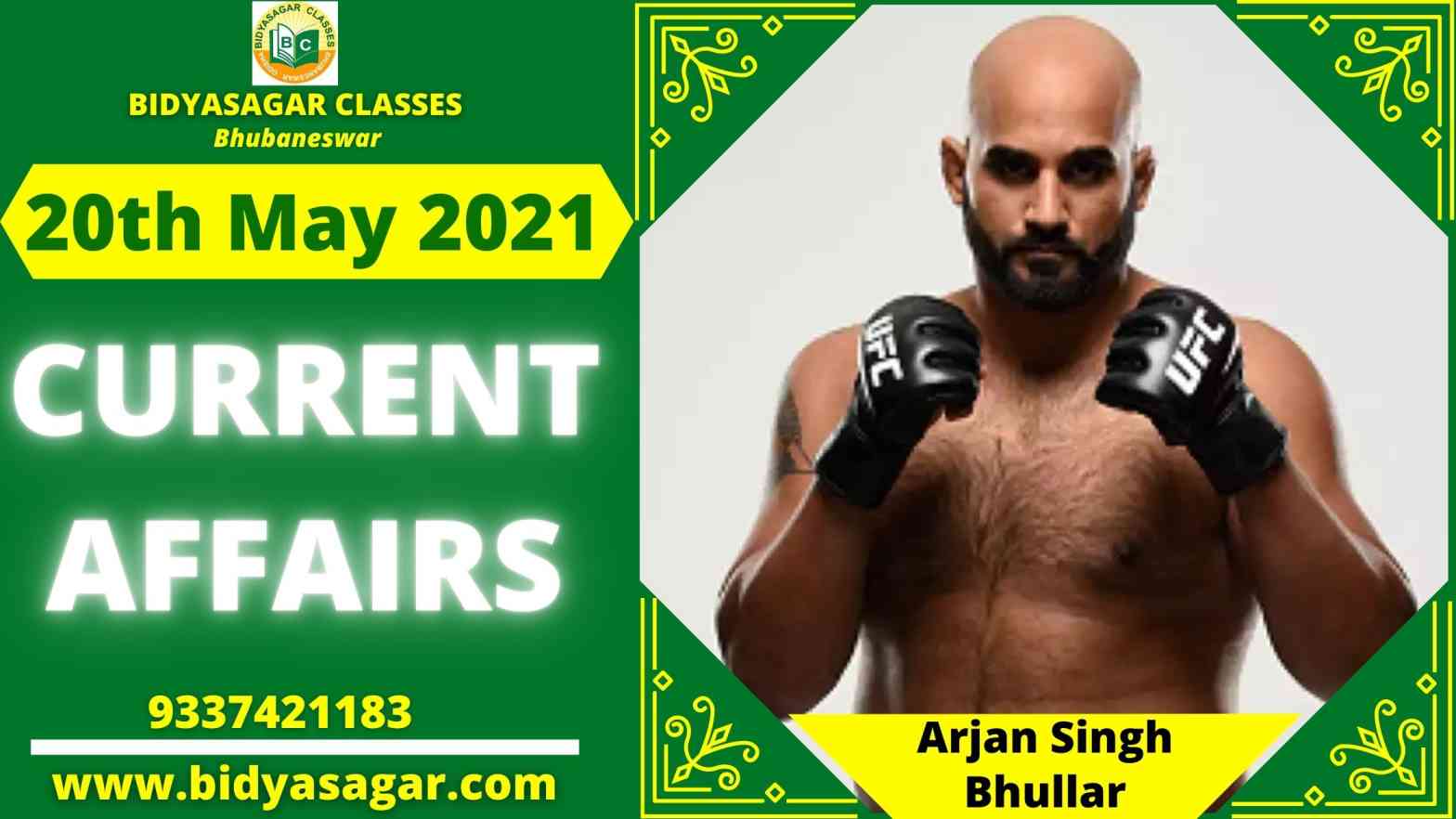 2. Jupitice, a company based in Chandigarh, has launched an online dispute resolution platform.

3. In terms of health infrastructure, Pune is fifth, and Delhi-NCR is last among the top eight cities: Prepare a report

5. The Punjab Chief Minister has announced the ‘Corona Mukt Pind Abhiyaan’ to combat the spread of COVID in villages.

8. The Adani Group has established its regional headquarters in Singapore

9. MiniTV, a free video streaming service from Amazon, has launched.

10. Abhay Tewari has been appointed MD and CEO of Dai-ichi Life Insurance Company

11. IDBI Bank’s CFO and Internal Auditor will be Sitaram and Sarkar

14. Harry Gurney, an England seamer, has announced his retirement from cricket at the age of 34.

15. In the midst of COVID-19, Baljeet Kaur and Gunbala Sharma were the first Indian women mountaineers to summit Mount Pumori.

17. Ranjana Nirula, an activist, has died.

18. Dr Nandivada Rathnasree, the director of the Nehru Planetarium, has died.