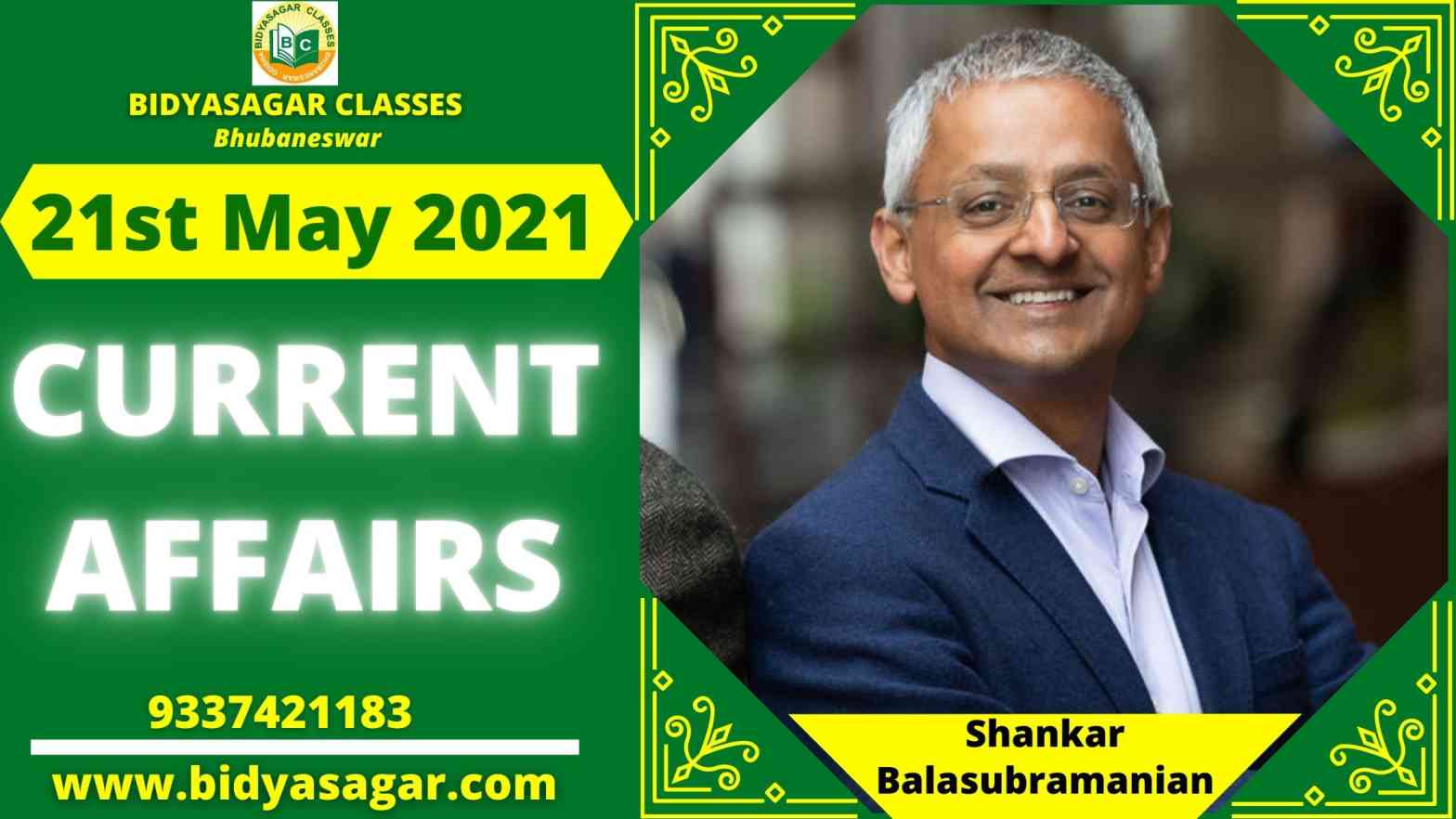 2. A Legislative Council will be formed by the West Bengal government

3. Karnataka is the leading state in the establishment of health and wellness centres, according to the state’s health department.

4. At a hospital in the Vikarabad district, a ‘medicine from the sky’ pilot is underway.

6. In the first quarter of 2021, India, China, and South Africa performed “relatively better” than other major economies, according to the United Nations

7. The Reserve Bank of India has imposed a penalty on City Union Bank and three other lenders

9. India has climbed to third place on the EY index, thanks to a strong showing by the solar PV sector

10. President of the Central Tibetan Administration, Penpa Tsering, has been named

11. Professors Shankar Balasubramanian and David Klenerman are the recipients of the Millennium Technology Prize.

13. Suresh Mukund is the first Indian to receive the prestigious ‘World Choreography Award 2020

16. The SBIRS Geo-5 missile warning satellite is launched by an Atlas V rocket for the US Space Force

17. Jagannath Pahadia, the former Chief Minister of Rajasthan, has died

20. World Day for Dialogue and Development on Cultural Diversity: 20th May

21. Anti-Terrorism Day in the United States: 20th May