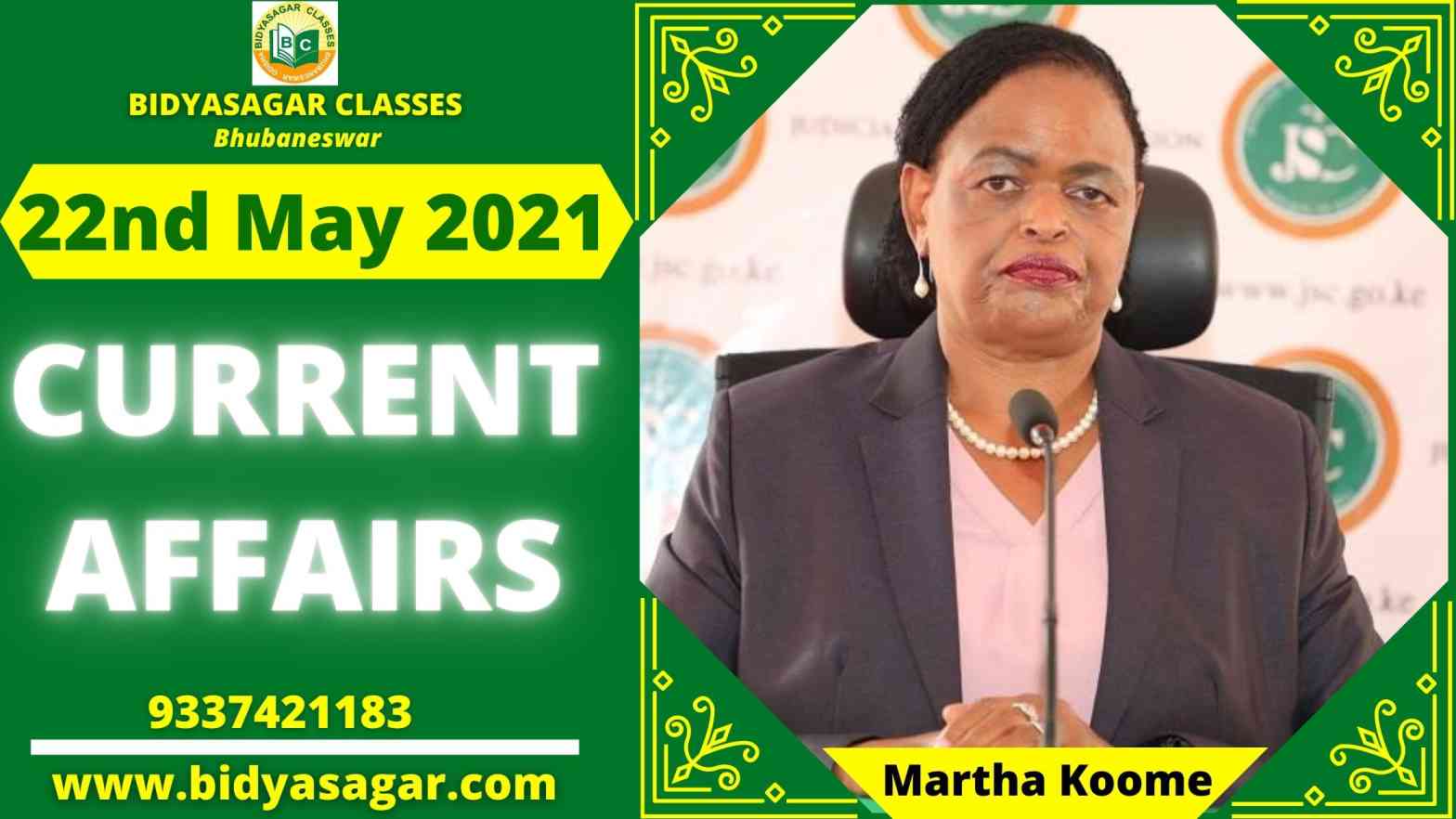 3. Jharkhand has been ranked first in the country for introducing Smart City Mission schemes

4. Mucormycosis should be made a notifiable disease under the Epidemic Diseases Act of 1897, according to the Centre.

5. India and Oman have renewed their memorandum of understanding on military cooperation, as well as maritime concerns.

8. The government has extended the deadline for filing IT returns for the fiscal year 2021-22

9. The deadline for filing ITRs for FY21 has been pushed back by two months, to September 30

10. Sreejesh is now a member of the FIH Athletes’ Committee

11. For the second time, Pinarayi Vijayan is sworn in as Kerala’s chief minister

15. On June 15, 2022, Microsoft will retire the venerable Internet Explorer

18. Sunderlal Bahuguna, an environmentalist, has died