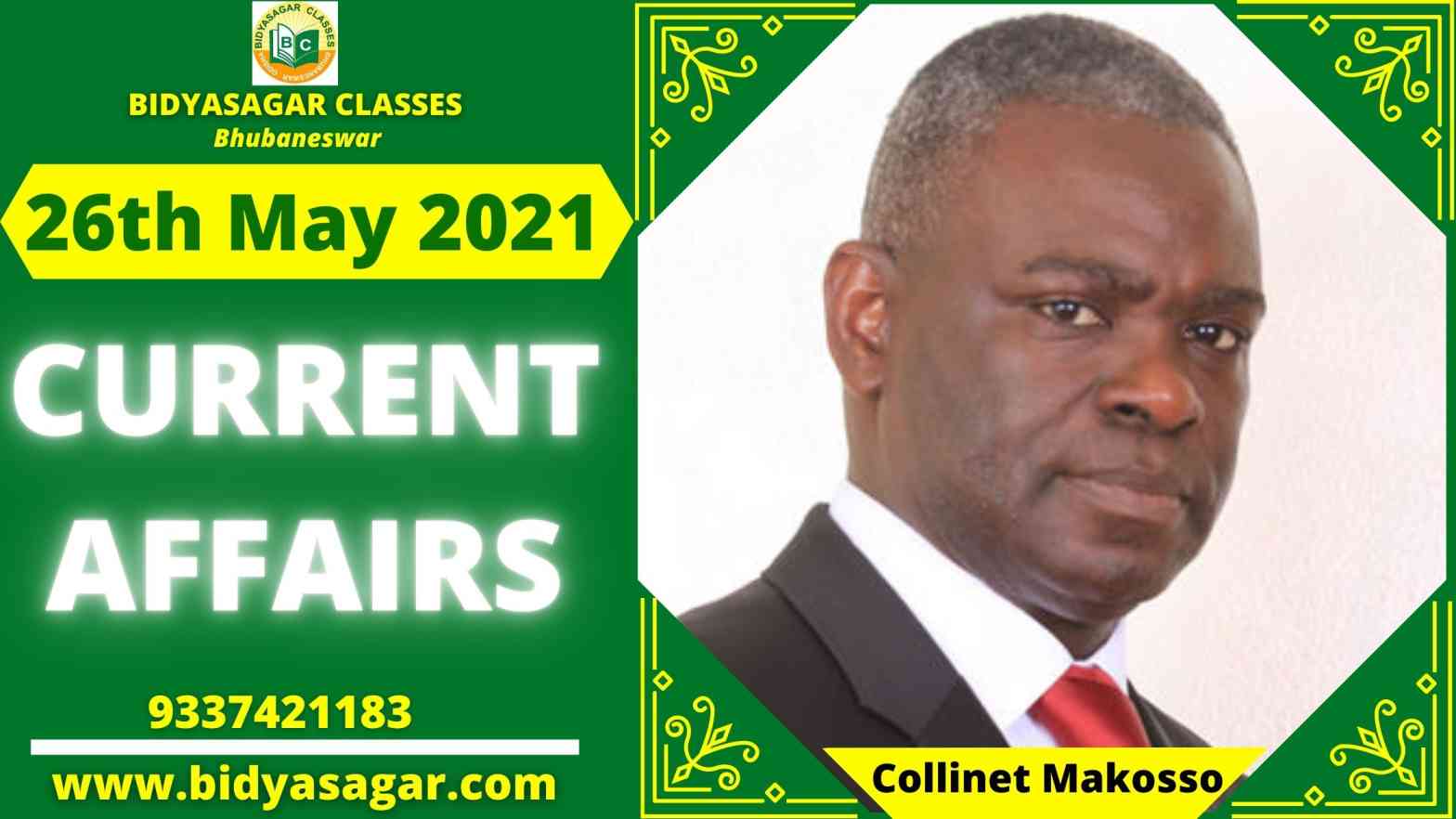 1. Under the COVID-19 assistance plan, the MP CM distributes Rs. 112.81 crore into the accounts of Rs. 11.28 lakh construction employees.

3. The Cabinet approved the establishment of a new Indian Consulate General in the Maldives.

4. The government has launched the first-of-its-kind six-month CBID program for Divyangjan rehabilitation.

5. SAMVEDNA is providing Tele Counseling to children affected by the Covid-19 Pandemic.

6. Collinet Makosso is the next Prime Minister of the Republic of Congo.

7. Barnea, David Israel’s Next Mossad Chief Has Been Appointed

8. Dr. Harsh Vardhan is the host of the 33rd Commonwealth Conference of Health Ministers.

10. An expert committee on Investment Funds has been formed by the IFSCA.

11. The LIC has increased its holding in Union Bank to above 5%.

14. The Sebi has increased the AIF and VCF’s international investment limits to $1,500 million.

17. PayCore and NPCI have teamed up to assist shops accept contactless payments.

18. S.H.E is a campaign launched by Tata Communications to encourage women’s entrepreneurship, education, and well-being.

19. Subodh Kumar Jaiswal, an IPS officer, has been named the new director of the CBI.

20. Jack Miller of Australia is the winner of the rain affected competition. MotoGP is a motorsport competition held in France.

21. The Balbir Singh Senior International Hockey Stadium in Mohali is named after the legendary centre-forward.

22. The Sports Ministry has approved the establishment of 143 Khelo India Centres in seven states across the country.

26. Max Mosley, a former Formula One boss, has died.