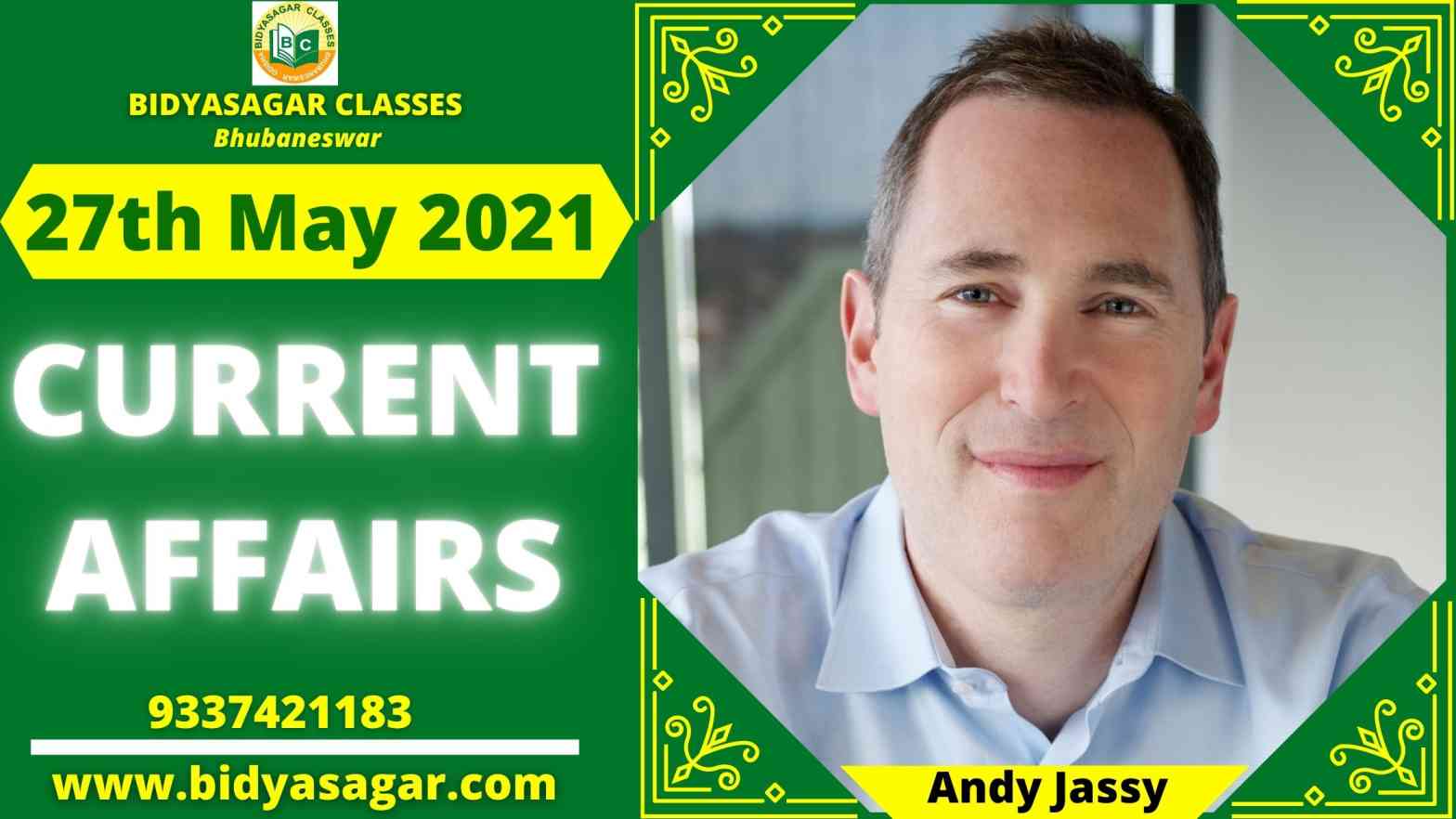 1. The government plans to launch a national mission to promote the use of biomass in coal-fired power facilities.

2. For J&K, three common incubation facility centers have been approved.

3. ICoAl and ICSI have signed MoUs with foreign countries, which the Cabinet has approved.

4. The government plans to launch a national mission to promote the use of biomass in coal-fired power facilities.

5. The Ayush Ministry is hosting a five-part webinar series called “Be With Yoga, Be At Home.”

7. Ecuador’s Lasso has been sworn in as the country’s first right-wing president in 14 years.

8. PayCore and NPCI have teamed up to assist shops to accept contactless payments.

11. After receiving money from SoftBank, Zeta has become the 14th Indian unicorn this year.

12. Graduates of IIM-A and BITS Launch a One-Million-Dollar Fund to Support and Invest in Student Startups

13. MGM, the company that owns James Bond, has been purchased by Amazon for $8.45 billion.

15. Dr. Nageshwar Reddy is the first Indian to be awarded the Rudolf V Schindler Prize.

16. Amartya Sen, a Nobel Laureate, has been awarded Spain’s highest honor in the social sciences.

19. The Earth System Observatory will be developed in collaboration with NASA and ISRO.

20. West Bengal and Odisha have been affected by Cyclone Yaas.

23. Phil Mickelson will win the PGA Championship in 2021.

23. Neena Gupta has announced the release of her autobiography, “Sach Kahun Toh.”

24. Shivshankar Menon’s book “India and Asian Geopolitics: The Past, Present”