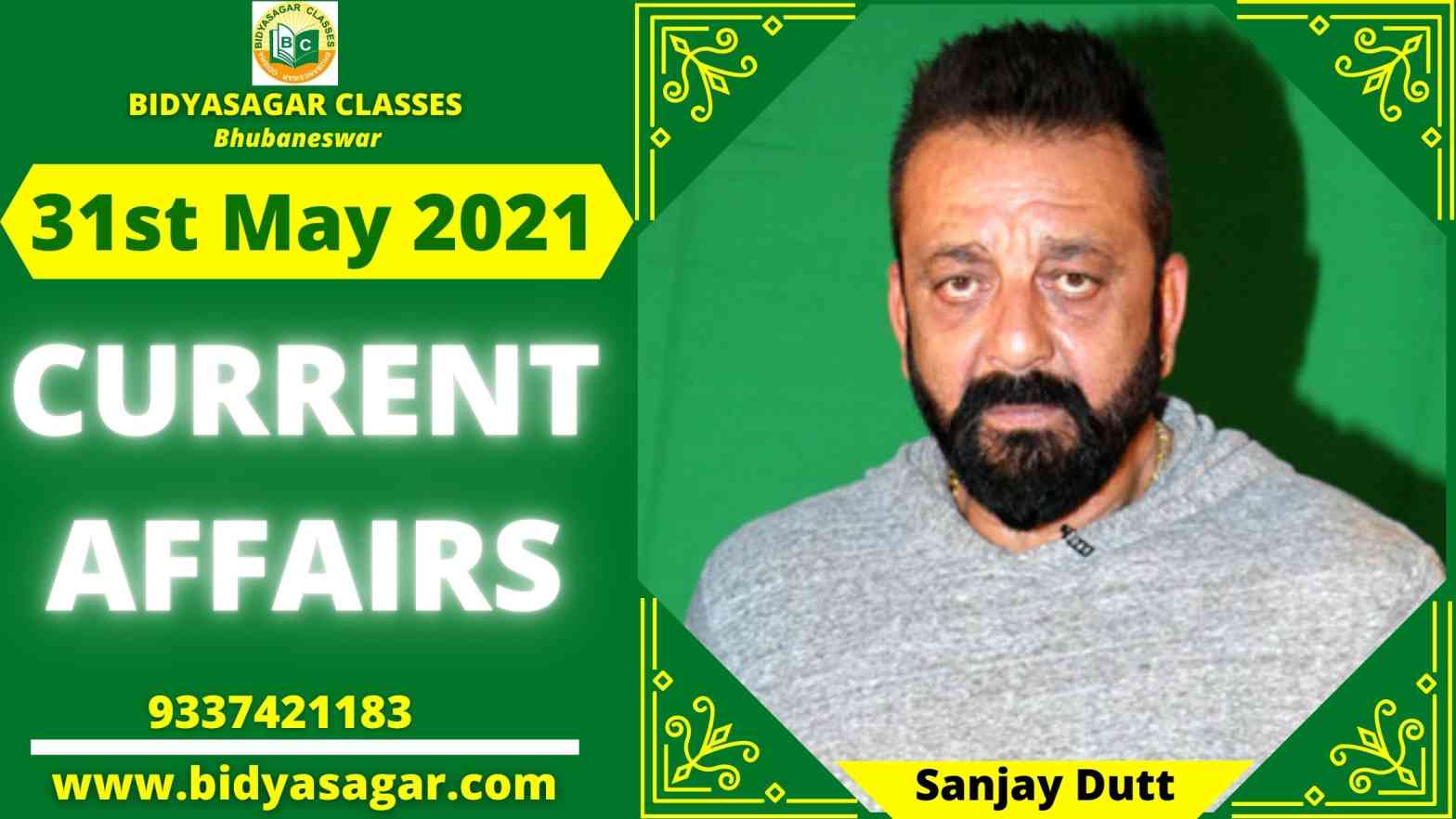 2. The state of Andhra Pradesh has changed its liquor policy from prohibition to restriction.

3. PM-CARES for Children scheme: The government has announced a Rs 10 lakh fund to provide free education to children who have been orphaned as a result of COVID.

4. A panel has been constituted to define speech and expression offences.

8. In the wake of the second wave of COVID-19, the Centre has broadened the scope of the Emergency Credit Line Guarantee Scheme to help MSME businesses.

9. Assimi Goita is named interim president of Mali by a Mali court.

11. The remainder of the IPL 2021 competition will be held in September and October in the United Arab Emirates.

14. Sanjay Dutt has been granted a golden visa by the UAE.

17. Poul Schlueter, the former Danish Prime Minister, has died at the age of 92.