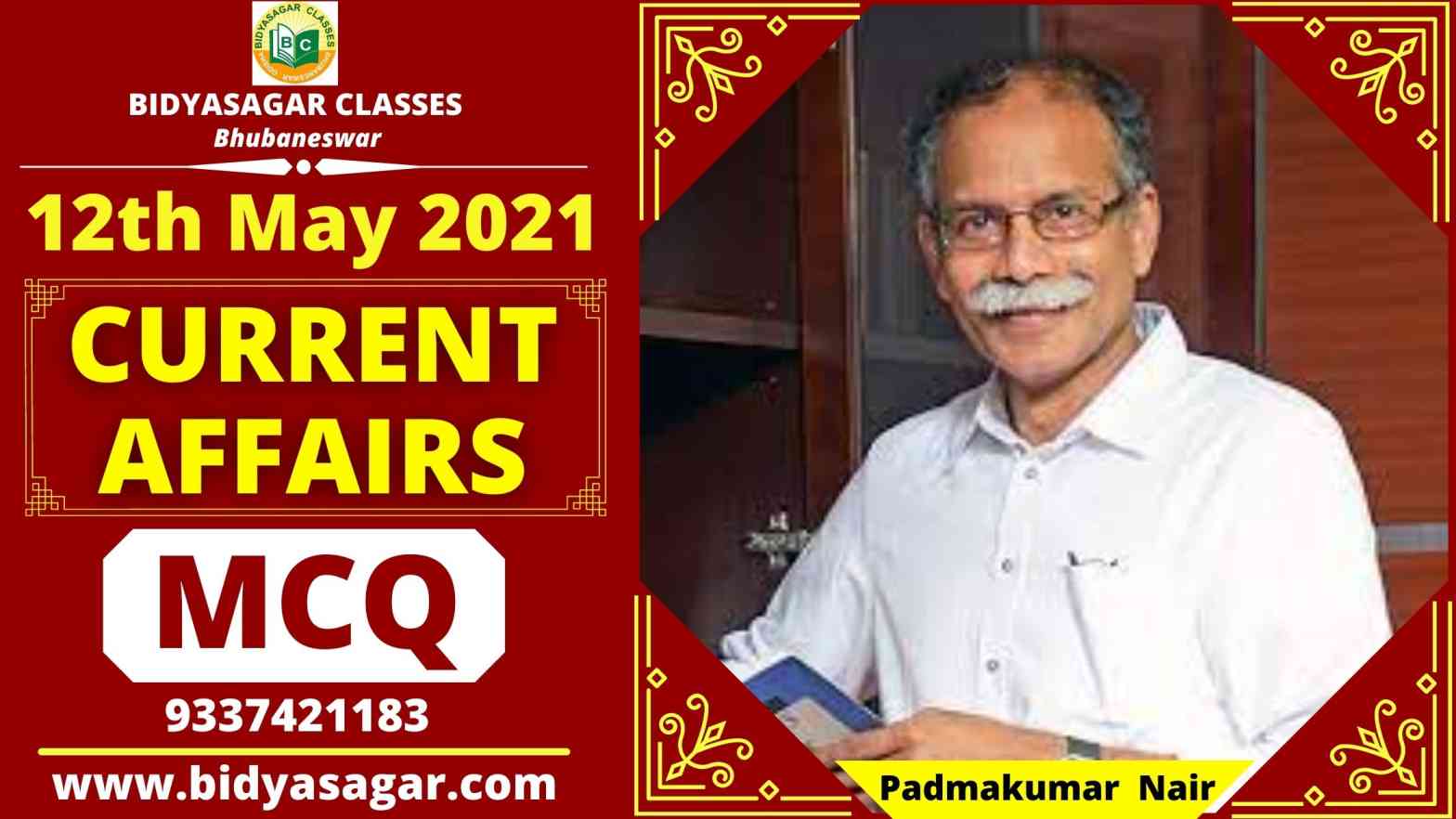 1. Which of the following country’s Food and Drug Administration has approved the Pfizer-BioNtech’s Corona vaccine for children aged 12 to 15 years?

2. NITI Aayog and which company has recently released a report titled “Connected Commerce”?

3. Oxygen Express has recently set a record of how many metric tons of liquid medical oxygen supply a day?

4. Which Union Territory has recently become Puducherry to achieve the goal of “Har Ghar Jal”?

5. Which day is celebrated worldwide on May 12?

6. Which of these Indian cricketers became the first female player to get Corona vaccinated?

7. How many-year-old emerging astronaut Elizabeth Norman’s sticker will be sent in the “Astro Liz Lab” capsule and sent to the moon?

8. According to the recent census official data of which country, the country’s population has increased by 72 million to 1.411 billion in the last decade?

9. Which bank has launched the AI-based chatbot ‘Eva’ in partnership with Common Services Centres (CSCs), for educating Village Level Entrepreneurs (VLEs) about banks product and services?

10. What is the latest GDP growth rate estimate for India in FY22 as per Moody’s?

11. Who has been appointed as the CEO of the proposed National Asset Reconstruction Company Ltd?

14.Who among the following has been sworn in as the new administrator of NASA?

15. KR Gouri Amma, who has passed away recently was the senior-most and second longest-serving MLA in the Legislative Assembly of which state?

A. Nurses: A Voice to Lead – Health for All

B. Nurses: A Voice to lead – Health is a human right

C. Nurses: A Voice to Lead – Nursing the World to Health

D. Nurses: A Voice to Lead – A vision for future healthcare

17. The International Nurses Day marks the birth anniversary of which social reformer?

America – The US Food and Drug Administration recently approved the Pfizer-BioNotech’s Corona vaccine for children aged 12 to 15 years. Till now this vaccine was being given to those above 16 years of age.

MasterCard and NITI Aayog recently released a report called “Connected Commerce”. Which will help in creating a roadmap for a digitally inclusive India. This report has been released on the basis of discussions held in five round table conferences held in October and November 2020.

Puducherry has recently become the fourth union territory to achieve the goal of “Har Ghar Jal”. Goa, Telangana and Andaman and Nicobar have achieved this goal before Puducherry.

Indian women’s team opener Smriti Mandhana has recently become the first female player to get the Corona vaccine. Along with him, recently, the fast bowlers of the men’s team Jaspreet Bumrah, Dinesh Karthik, Deepak Chahar and Siddharth Kaul have got vaccinated.

The sticker “Astro Liz Lab”, a sticker made by the recently emerging 7-year-old astronaut Elizabeth Norman, will be sent to the moon. She is the first child in the world, whose thing will go to the moon.

HDFC Bank has launched an artificial-intelligence chatbot named ‘Eva’, in partnership with the Common Services Centres (CSCs). The chatbot ‘Eva’ will work on the Digital Seva Portal of CSC to educate and support the Village Level Entrepreneurs (VLEs) about the banks’ products and services in a quick and easy manner, before providing those banking services to rural customers in their catchment areas.

Padmakumar M Nair has been appointed as the CEO of the proposed National Asset Reconstruction Company Ltd.

Ujjwala Singhania has been appointed as the National President of the FICCI Ladies Organization (FLO) for 2021-22.

The former U.S. Senator, Bill Nelson, has been sworn in as the 14th administrator of the National Aeronautics and Space Administration (NASA) on May 03, 2021.

The senior-most communist leader of Kerala, KR Gouri Amma, who was the first Revenue Minister in the first communist ministry of the state in 1957, has passed away due to age-related ailments. She was 102.

The theme of 2021 International Nurses Day is ‘Nurses: A Voice to Lead – A vision for future healthcare’.

The International Nurses Day marks the birth anniversary of nursing pioneer Florence Nightingale, who was born on May 12, 1820.