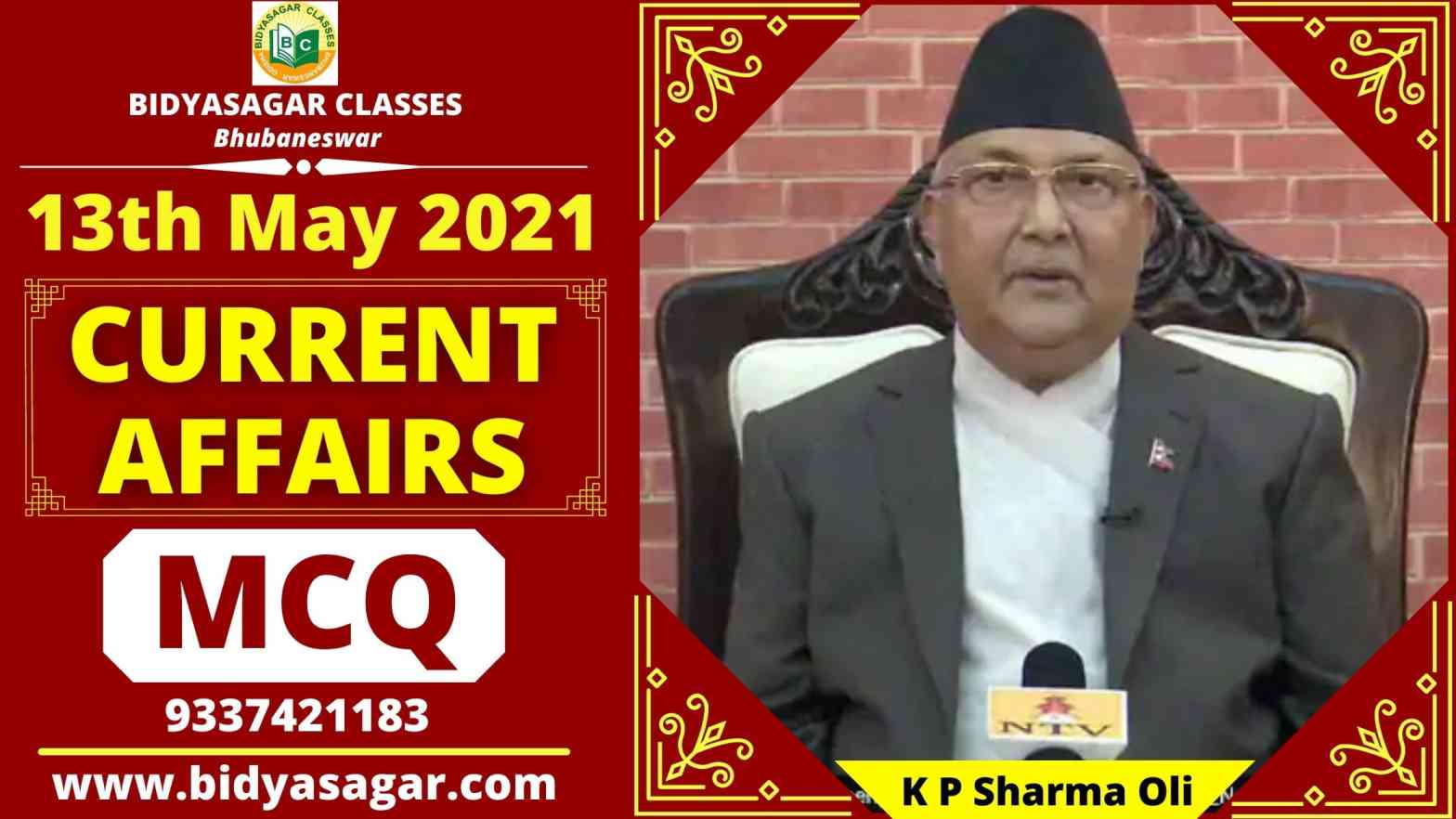 1. Which company has tied up with Bharat Immunological and Biological Limited to produce the corona vaccine?

3. Which state of India has become the first state in the country to use a digital flood reporting system?

4. Which Arctic Science Ministry has recently participated in India?

5. Jose J Kattur has recently been appointed as the new executive director of which bank?

B. Reserve Bank of India

6. The Union Cabinet has approved the transfer of land of ITBP to which state government to develop the air passenger ropeway system?

7. The Union Cabinet has approved the “National Advanced Chemical Battery Storage Program” under which production-related scheme?

8. How many times has Manchester City won this title in the last 4 seasons by winning the English Premier League title recently?

10. Who is elected as the CEO of the proposed National Asset Reconstruction Company Ltd?

11. Who becomes the new administrator of NASA?

13. Who is elected as the National President of FICCI Ladies Organization (FLO) for 2021-22?

14. Name of the Bank that launched AI-based chatbot ‘Eva’ in partnership with Common Services Centres (CSCs)?

15. The police of which state has launched a drive called “Mission Hausla” to help people get oxygen, beds and plasma for COVID-19 patients?

16. Which of the following bank has announced the launch of the “I choose my number” feature for all its customers across India?

18. Recently, which Prime Minister of Nepal has lost the vote of confidence in the House of Representatives?

19. Puducherry has achieved 100% tap water connection in rural areas under which mission?

20. Name the world’s first intelligent ship, set to Navigate Across the Atlantic.

Bharat Immunological and Biological Limited has recently been approved by the Central Government to prepare the corona vaccine, for which BIBCOL of Bulandshahr has tied up with Bharat Biotech. By October, the company will produce 1.5 crore doses of Kovacsin.

Jose J Kattur has recently been appointed as the new Executive Director of Reserve Bank of India. He was heading the Bangalore Regional Office of RBI as the Regional Director of Karnataka.

The Union Cabinet has recently approved transferring the land of the Indo-Tibetan Border Police Force to the Government of Uttarakhand to develop the air passenger ropeway system between Dehradun and Mussoorie. The ropeway to be built is a 5580 m length mono-cable ropeway.

The Union Cabinet has recently approved the “National Advanced Chemicals Battery Storage Program” under the Production Related Incentive Scheme. Under this scheme, the Ministry of Heavy Industries has targeted to achieve the manufacturing capacity of “suitable” ACCbatry of 50 GW Overs and 5 GW Overs.

Manchester City has recently won the English Premier League title for the 2020/21 season. They have won this title for the third time in the last 4 seasons. While Pep Guardiola’s team has become the champion 5 times so far.

The Chief General Manager of Stressed Assets Resolution Group at SBI Mr. Padmakumar M Nair has been elected as the head of the National Asset Reconstruction Company Ltd.

On 3rd May 2021, The former U.S. Senator Mr. Bill Nelson has become the 14th administrator of the National Aeronautics and Space Administration (NASA) after taking sworn for the post.

Ujjwala Singhania has been elected as the National President of the FICCI Ladies Organization (FLO) for the year 2021-22.

Jana Small Finance Bank has announced the launch of the “I choose my number” feature for all its customers across India. This new feature gives the bank’s existing and new customers the option to select their favourite numbers as their savings or current account number.

The United Nations has projected that the Indian economy would grow at 10.1 per cent in the calendar year 2022, nearly double the 5.9 per cent growth forecast for the country in the January report.

A team of researchers from the marine research organization ProMare with IBM acting as technology partner recently built the world’s first intelligent ship known as the Mayflower 400. The ship is a 15 m-long trimaran, which weighs nine tons and navigates with complete autonomy, is preparing for a transatlantic voyage.