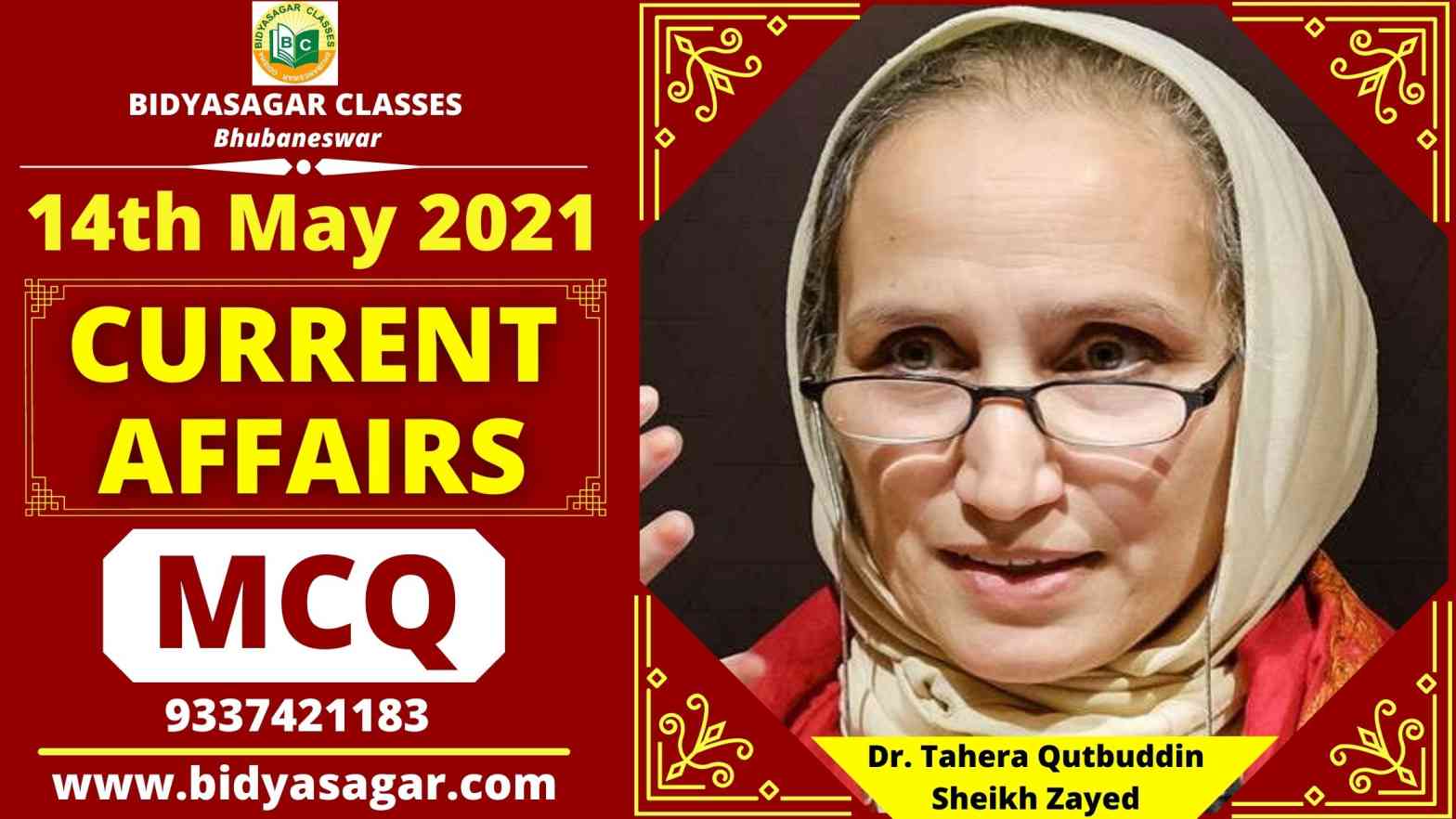 1. DCGI has approved the trial of which corona vaccine for children aged 2 to 18 for the second and third stages?

4. Which of the following state government has recently approved a global tender for the import of the Corona vaccine?

5. Who has been ranked first in the highest-grossing top-10 athlete released by Forbes?

6. Which cricket team ranked first in the recently released ICC Test rankings with a rating of 121?

7. After how many years has the NASA spacecraft started a historic mission after collecting samples from Asteroid Benue?

8. Under which scheme the central government has approved Rs 18,100 crore to promote the manufacturing of state-of-the-art chemical cell batteries?

9. NASA has partnered with ______ for the world’s 1st private astronaut mission to the space station.

10. Union Cabinet has approved the transfer of ITBP’s land to the Government of __________ for the development of Aerial Passenger Ropeway System.

13. Union Cabinet has approved MoU between the Institute of Chartered Accountants of India and ______ Financial Centre Authority.

14. Which of the following platforms has launched International Money Transfers for US users?

16. How many units of Oxycare system will be procured using PM Cares Fund?

17. Assam has started _______ initiative for distributing free meals across the state.

18. Which state’s CM has announced INR 25 lakh compensation to families of 43 medical professionals who died due to COVID-19?

19. Which of the following State/UTs police has launched a vehicle helpline called ‘COVI Van’ to help senior citizens?

Recently, American citizen Dr. Tahera Qutubuddin Sheikh Zayed has become the first Indian to win the Book Award. He has been awarded this award for his book “Arabic Oration: Art and Function”. The book was published in 2019 by Brill Academic Publishers of Leiden.

Prerna Puri of Delhi has recently created the first certified gluten-free dairy ice cream brand. This gluten-free ice cream without milk has been prepared from natural ingredients. 100% vegetarian ice cream made from natural things is made by placing it in a special colorful freezer.

The cabinet under the chairmanship of Rajasthan Government Chief Minister Ashok Gehlot recently approved the global tender for importing the Corona vaccine due to a lack of adequate vaccination in the country. Recently several states including Uttar Pradesh have come out with global tenders for vaccine import.

In the recently released ICC Test rankings, the Indian cricket team has been ranked first with 121 ratings. While New Zealand is in second place with 120 ratings. The Indian team has 2914 points in 24 matches. At the same time, New Zealand has 2166 points in 18 matches.

NASA’s OSIRIS-REx spacecraft has recently launched a historic mission after collecting samples from Asteroid Benue. This is the first Asteroid sample return mission. This 4.5 billion-year-old skyscraper asteroid, Benue is about 320 million km from Earth.

The Central Government has recently approved Rs. 18,100 crore to promote the manufacturing of state-of-the-art chemical cell batteries under a production-linked incentive scheme. The objective of this manufacturing is to make manufacturers globally competitive and to promote exports.

National Aeronautics and Space Administration (NASA) has partnered with Axiom Space for the world’s 1st private astronaut mission to the space station. The mission has been named Axiom Mission 1 (Ax-1) which is set to launch by January 2022.

Union Cabinet has approved the transfer of ITBP’s land to the Government of Uttarakhand for the development of the Aerial Passenger Ropeway System. An area of 1500 sq meters belonging to the Indo-Tibetan Border Police Force (ITBP) at Mussoorie will be given for the ropeway connecting Dehradun and Mussoorie.

Union Cabinet has approved MoU between the Institute of Chartered Accountants of India and Qatar Financial Centre Authority. This will strengthen the profession of Accounting and widen the entrepreneurship base in Qatar.

Digital transaction platform, Google Pay has launched International Money Transfers for US users. This feature will help the users of Google Pay in the United States to transfer money to the Google Pay users of Singapore and India.

Shakuntala Haraksingh Thilsted has won the 2021 World Food Prize for her research work in developing holistic nutrition-sensitive approaches. She has become the 1st woman of Asian origin to win this award. She is a native of Trinidad and Tobacco and a citizen of Denmark.

A total of 1.5 lakh units of Oxycare systems will be procured using PM Cares Fund. The Oxycare System has been developed by Defense Research Development Organization (DRDO).

Assam has started the Aahaar initiative for distributing free meals across the state. The initiative is being run by NGO Care U 365 offering wholesome meals to roadside dwellers.

Tamil Nadu’s CM, MK Stalin has announced INR 25 lakh compensation to families of 43 medical professionals who died to COVID-19 while on active duty. The government has also announced incentives to the frontline workers in the state.

The Delhi Police has launched a vehicle helpline called ‘COVI Van’ to help senior citizens in South Delhi. According to Delhi Police, the beat officer will visit the senior citizens with the ‘COVI Van’ and help them with their hospitalization, vaccination or take them to nearby markets to buy medicines or items of daily needs. Initially, the facility has been initiated at the Greater Kailash police station, Delhi.

Harley-Davidson Inc. launched an all-electric motorcycle brand “LiveWire,” the latest effort by the company to ramp up bets on the rapidly growing electric vehicle market. Named after Harley’s first electric motorbike, which was unveiled in 2019.