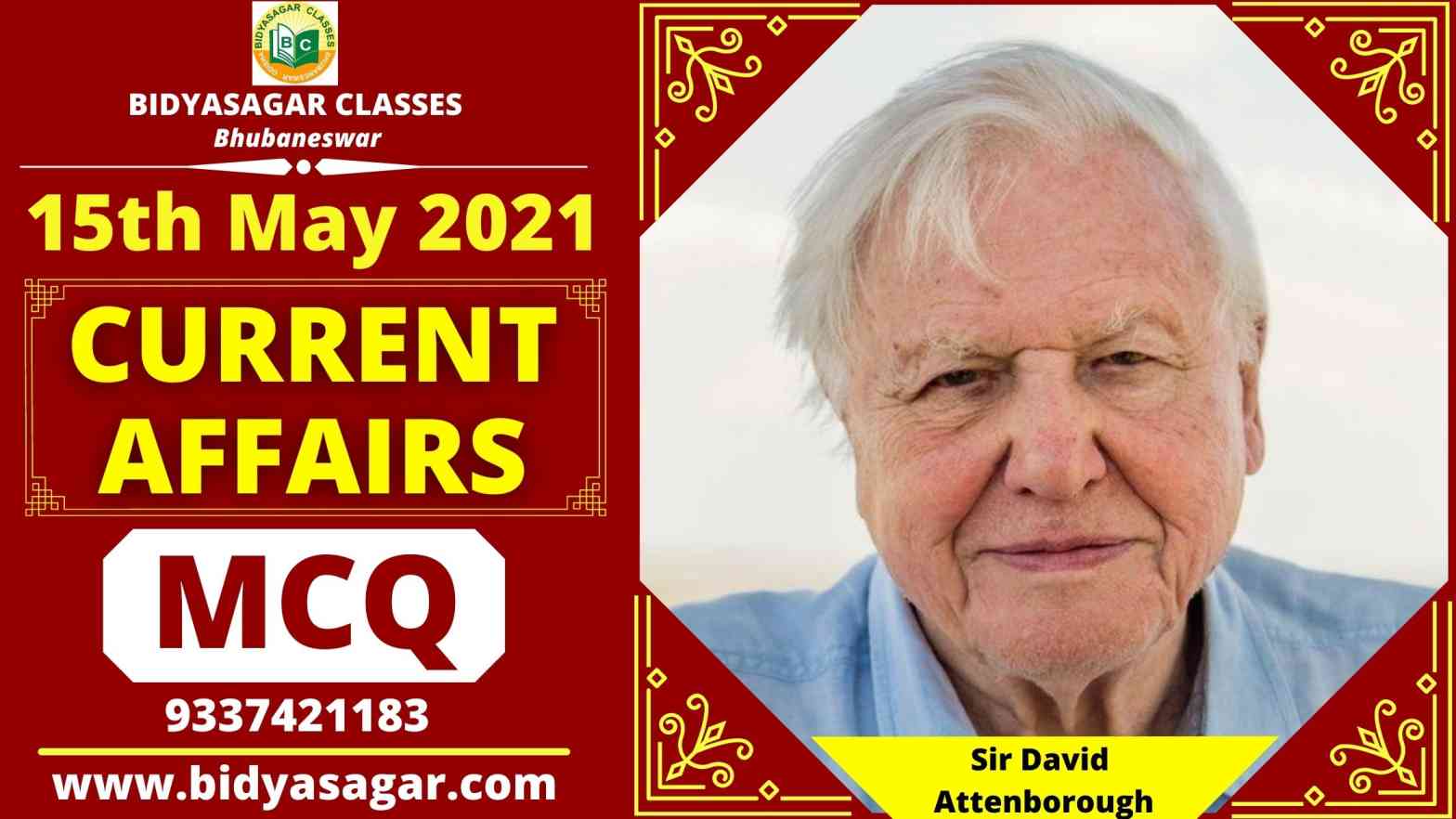 1. Which of the following media group chairperson Indu Jain has passed away recently?

2. Which place has India ranked in the top 10 countries in the world in terms of real time payment transactions?

3. SpaceX’s Starlink company has partnered with which company for high speed internet and secure connection to satellite?

7. The Union Cabinet has approved the signing of a Memorandum of Understanding between Qatar Financial Center Authority and which Corporation Institute?

B. Institute of Chartered Accountants of India

C. Central Board of Secondary Education

8. Which day is celebrated worldwide on 15 May?

9. Who has been appointed as the chairman and managing director of Bharat Petroleum Corporation Ltd (BPCL)?

10. Veteran Coach V. Chandrasekar passed away recently. He was associated with which sports?

11. Which edition of India-Swiss Financial Dialogue has been held virtually in New Delhi?

12. Geojit has inked a pact with which company recently?

14. Who among the following has received the “World Food Award” of the year 2021?

A. India and Singapore

B. Singapore and Japan

16. ___________ has been appointed to the executive committee of the International Council for Advertising Self-Regulation (ICAS).

18. The Gaza-based Palestinian group, Hamas, had red rockets towards Israel in the Al-Aqsa Mosque. Al-Aqsa Mosque is located in ________.

20. Who has been named as COP26 People’s Advocate?

Times of India Media Group Chairman Indu Jain has passed away recently at the age of 84 years. He wrote a letter many years ago about the “Art of Dying”, in which he has been told his different thinking about death that he should not celebrate the death, but the celebration should be done.

According to the recently released data, India has ranked first in the top 10 countries in the world in terms of real-time payment transactions. In India, 2,547 crore real-time transactions were done in the year 2020. While China is in second place. Japan has been ranked seventh and America 9th in this list released.

Borussia Dortmund of Germany has won the title of the domestic football league for the fifth time, with Borussia becoming the third club. For Borussia Dortmund, Halland and Sancho scored 2–2 goals. Bayern Munich holds the record for winning the German Cup the most times.

Nepal’s President Vidya Bhandari has recently appointed KP Sharma Oli as Prime Minister of Nepal for the second time recently, being the leader of the largest party under the constitution. He has done this using the powers obtained in the constitution of the country.

World Day is celebrated worldwide on 15 May. The day was declared by the United Nations General Assembly in 1993 with Resolution A/RES/47/237.

Geojit Financial Services has entered into an agreement with Punjab National Bank to provide a three-in-one account to the latter’s customers.

Google Pay users in the United States can now transfer money to app customers in India and Singapore, with plans to expand to the 80 countries available via Wise, and 200 via Western Union by the end of the year.

Advertising Standards Council of India (ASCI) announced that its general secretary Manisha Kapoor has been appointed to the executive committee of theInternational Council for Advertising Self-Regulation (ICAS).

The country’s retail inflation, measured by the Consumer Price Index (CPI), eased to 4.29 per cent in the month of April.

The Gaza-based Palestinian group, Hamas, had red rockets towards Israel in protest of the clash between Israeli police and Palestinian protesters in the Al-Aqsa Mosque.

Noted Assamese litterateur and journalist, Homen Borgohain has passed away. He was associated with several newspapers and was most recently working as the editor in chief of Assamese daily Niyomiya Barta until his death.

Sir David Attenborough has been named as COP26 People’s Advocate for the UK’s Presidency of the UN Climate Change Summit in Glasgow. He is a world-famous broadcaster and natural historian.