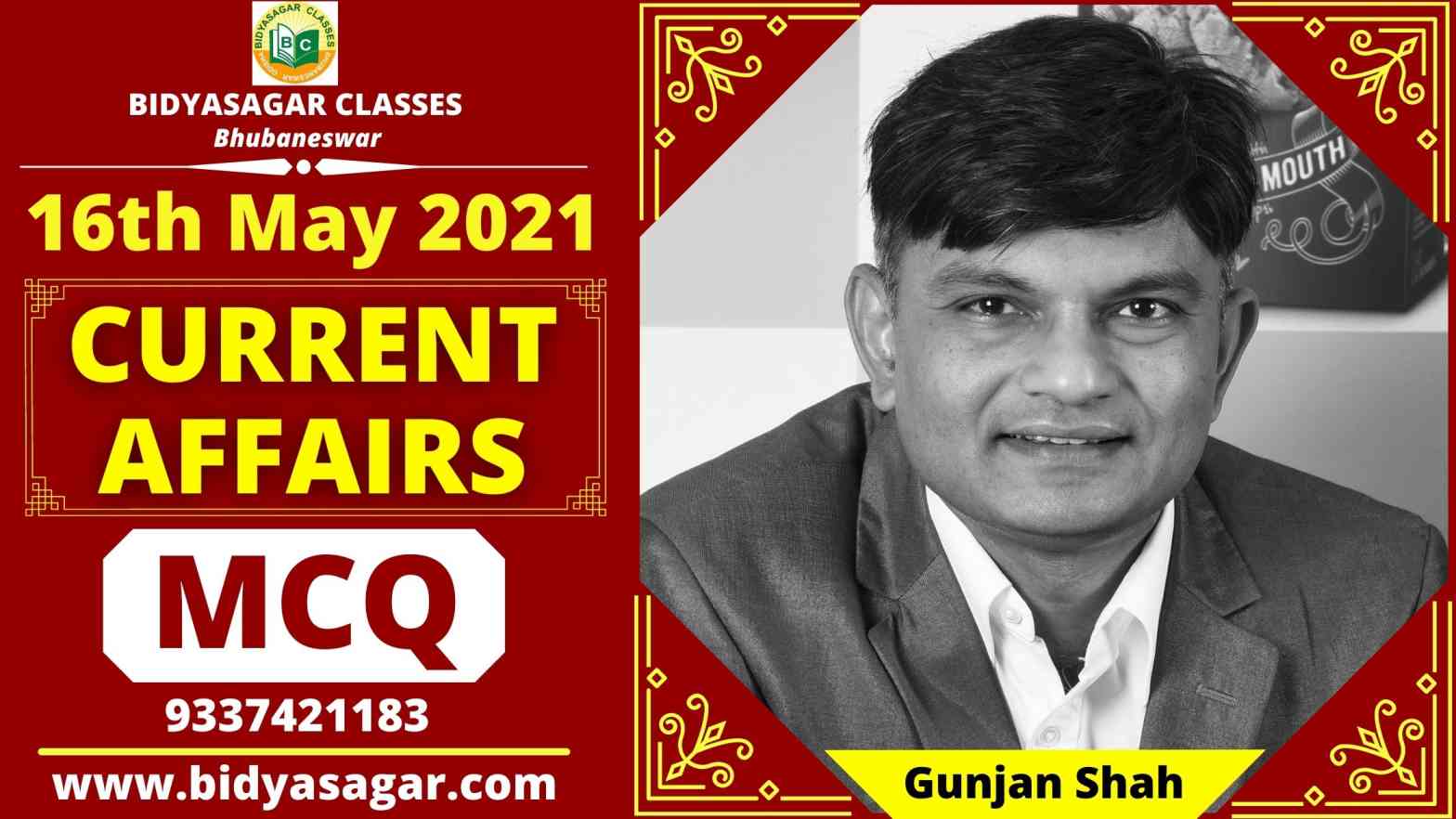 1. Aerospace startup Axiom and who has announced the first private astronaut mission to the International Space Station?

3. Which of the following IIT institutes has recently developed an environmentally friendly cremation cart?

4. Which Indian-origin expert has recently been awarded the 2021 World Food Prize?

5. Which agency limited has been awarded the “Green Energy Award” by the Indian Chamber of Commerce?

6. Who has chaired the meeting of the first BRICS Employment Working Group held recently?

7. Which of the following Olympic medalists has been issued a non-bailable warrant for the murder of Junior National Champion 23-year-old Sagar?

8. The organizers of the Tokyo Olympics have announced the entry of how many thousand officials in place of 1.80 lakhs now?

9. Who has been appointed as the CEO of Bata India?

10. Who has been appointed as the new Company Head of Suzuki Motorcycle India?

11. Who has been appointed as the Head Coach of the Indian Women Cricket Team?

12. Which social media platform has rolled out the Tip-Jar feature for the content creators?

16. Who has set the world record by climbing Mount Everest twice in the shortest time?

18. Which of the following will become the 1st Indian state to join the Global COVAX Alliance?

Indian Institute of Technology (IIT) Ropar Institute has recently developed an environmentally friendly cremation cart that works on the principle of Vic Stove. It is equipped with stainless steel insulation tray.

Indian-origin expert Dr. Shakuntala Hark Singh Thilstad has recently been awarded the 2021 World Food Prize. He has developed a nutrition-sensitive approach to aquaculture and food systems on small native species of fish in his research in Bangladesh.

The Indian Chamber of Commerce has awarded the Indian Renewable Energy Development Agency Limited (IREDA) the “Green Energy Award” for being a leading public institution as a financing institution for renewable energy. IRDA has disbursed Rs 8,827 crore to the second-highest amount of loan in the year 2020-21.

A non-bailable warrant has been issued against 2-time Olympic medalist Sushil Kumar for the recent murder of former Junior National Champion 23-year-old Sagar and involvement in a clash at Chhatrasal Stadium. An FIR was also registered against him.

The organizers of the Tokyo Olympics have recently announced the entry of 80 thousand officials instead of 1.80 lakh. Also, Japan has imposed a travel ban on India indefinitely. The Olympics will begin on 24 July and the Olympic Games will be on 24 August.

Gunjan Shah has been appointed as the CEO of Bata India. He was previously serving as the Chief Commercial Officer in Britannia Industries. He will assume his new post from June, 2021.

Satoshi Uchida has been appointed as the new Company Head of Suzuki Motorcycle India. He has replaced Koichiro Hirao. His appointment is a part of Suzuki Motor Corporation’s global revamp.

Twitter has rolled out the Tip-Jar feature for the content creators to earn cash for tweets. This will enable the viewers to provide financial support to the talented content creators.

Mingma Tenji Sherpa of Nepal has set the world record by climbing Mount Everest twice in the shortest time of just 4 days. The record was previously held by Anshu Jamsenpa of India.

New Zealand will host the Women’s Rugby World Cup 2022. The tournament has been scheduled from 8th October to 12th November 2022.

Punjab will become the 1st Indian state to join the Global (COVID-19 Vaccines Global Access) COVAX Alliance. This will enable Punjab to cope up with vaccine shortage and procure them at the best price.