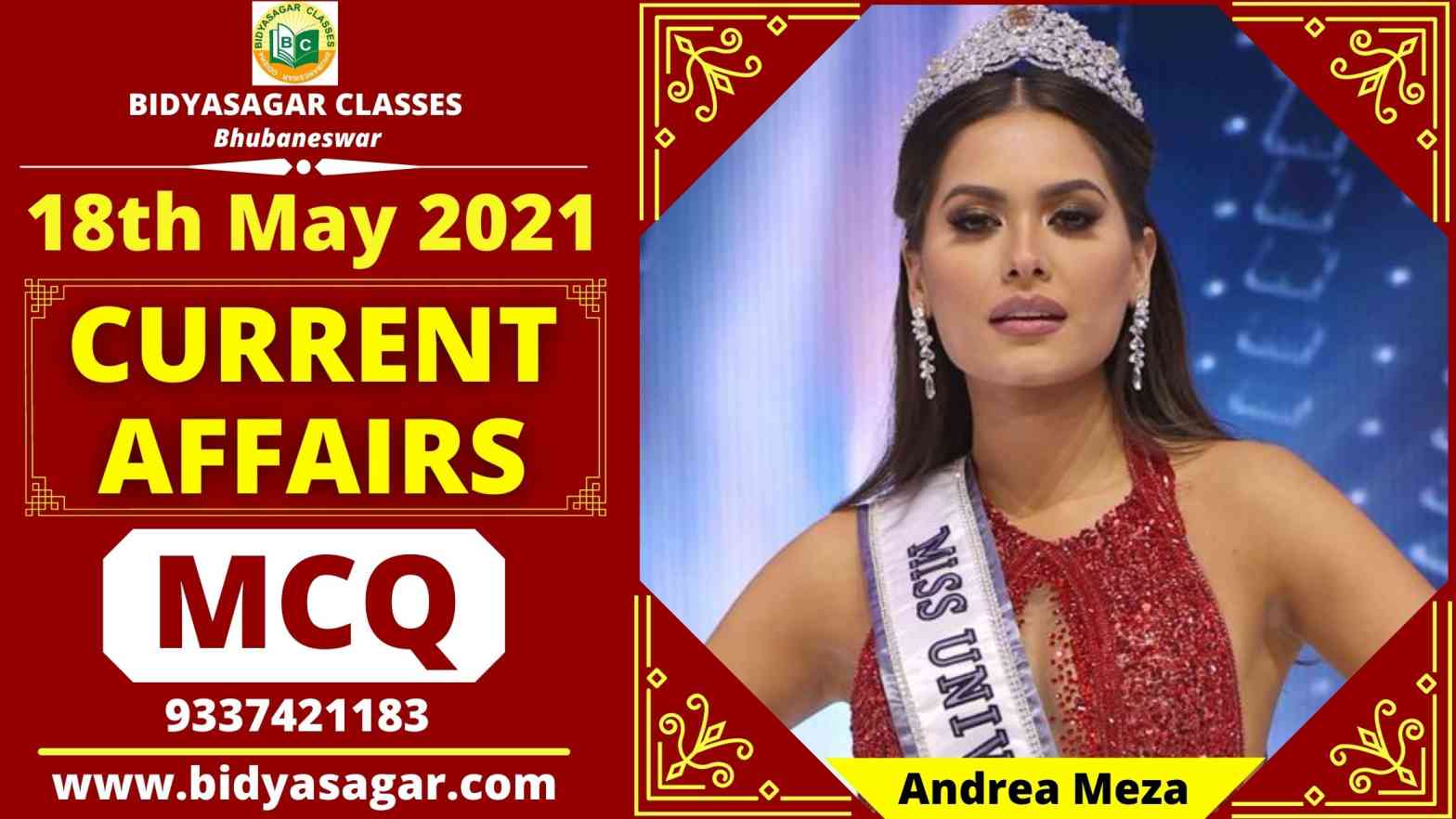 1. Which Mexican woman has recently won the Miss Universe 2020 title?

2. Which Indian-origin woman has been nominated by US President Joe Biden as senior adviser to the White House?

3. Which of the following state government has announced to bear the expenses of education of the destitute children from Corona?

A. Government of Maharashtra

B. Government of Kerala

4. Rajnath Singh and who has released the first batch of Kovid-19 anti-drug 2-DG developed by DRDO?

6. China’s Churong rover has successfully landed on which planet after completing 7 months of space travel?

7. Which of the following times has Barcelona recently won the UEFA Women’s Champions League title?

8. How many times has Rafael Nadal of Spain won this title by winning the Italian Open Tennis Tournament title?

9. Which of the following ministers has won the ‘International Invincible Gold Medal’?

11. Which cyclonic storm has hit the western coastline of India?

13. Who has been appointed as Senior Advisor to Joe Biden?

15. Which Basketball player has been formally inducted into Naismith Memorial Basketball Hall of Fame?

16. Which state has declared ‘Mucormycosis’ as a Notified Disease?

17. International Day of Families is globally observed on ___ May, every year.

Indian-origin Neera Tandon has recently been nominated by US President Joe Biden as Senior White House Advisor. Earlier, Neera Tandon was elected to head the Office of Management and Budget. She has served as Senior Advisor in the US Ministry of Health and Human Services.

The Government of Delhi has recently announced to bear the expenses of education of destitute children from Corona. Chief Minister Arvind Kejriwal has said that the Delhi government will help those elders whose young children have gone and now there is no one to run the house.

Answer: Mars – China’s 5-ton Churong rover has successfully landed on Mars recently after completing 7 months of space travel. With this landing, China has joined select countries sending a rover to Mars. This Churong rover is named after the fire god.

Union Minister of Education, Ramesh Pokhriyal ‘Nishank’ has won the ‘International Invincible Gold Medal’. The award will be conferred by Maharishi Organization.

GoAir has been renamed as ‘Go First’. It is a no-frills carrier backed by Wadia Group. Go First aims to provide ultra-low-cost carrier services and is currently transitioning its operations under the new brand name.

Cyclone Tauktae has recently hit the western coastline of India that has been classified as Very Severe Cyclonic Storm (VSCS). It is the first cyclonic storm of 2021. Take pronounced as ‘Tau-Te’ means ‘gecko’ found in Myanmar.

Iga Swiatek of Poland has won the Italian Open Women Singles title. She defeated Karolina Pliskova of Czech to lift the title.

Indian-origin, Neera Tanden has appointed as Senior Advisor to Joe Biden. She is currently serving as the CEO of the Center for American Progress (CAP).

Legendary Hooper of Los Angeles has posthumously inducted into the Naismith Memorial Basketball Hall of Fame. He was NBA’s Most Valuable Player in 2008.

Haryana has declared ‘Mucormycosis’ as a Notified Disease. It is also known as ‘Black Fungus’. It is now getting reported in the people who have recently recovered from COVID-19.