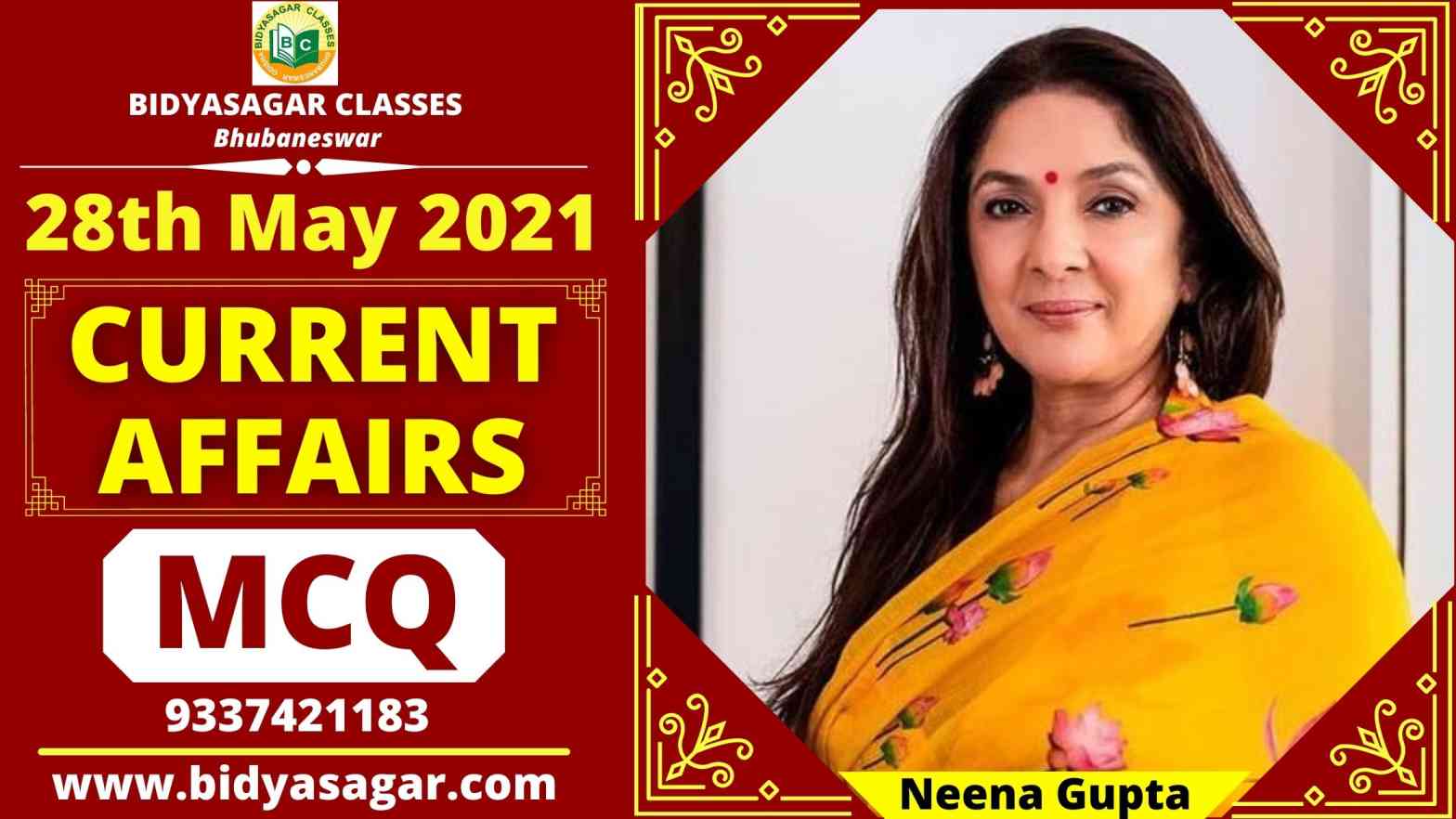 1. Which country is designing a new Earth System Observatory to guide efforts related to climate change and disaster mitigation?

2. Phil Mickelson, has recently created history by becoming the oldest player to clinch major title. He is associated with which sports event?

(A) IIT Delhi and Monash University

(B) IIT Mumbai and Monash University

5. Who became the first Indian to win the Rudolf V Schindler award?

6. Which of the following ministry has recently organized the series of five webinars under the theme “Be with Yoga, Be at Home”?

(A) Ministry of Ayush

(B) Ministry of Health and Family Welfare

(B) Chartered Institute for Securities and Investment, UK

(D) All of the above

8. Who was conferred with President’s award by International Hockey Federation through the 47th FIH Congress?

9. Cheetah, the world’s fastest land animal which was declared extinct in India in 1952, is expected to be re-introduced into the country in November this year at the Kuno National Park. Where is Kuno National Park located?

10. Guillermo Lasso has been elected as the president of which of the following country?

12. How many Indian startup companies (Unicorn) have recently crossed the valuation of $1 billion in 2021?

14. Who will officially become the CEO of Amazon on July 5th?

15. Which among the following bank has now become the first Small Finance Bank to offer its NRI customer segment the ease of account opening online?

(A) A U Small Finance Bank

16. Recently, who has approved emergency use of Covid-19 vaccine made in China?

17. Which of the following state government has announced a compensation of 50 thousand rupees to the families of those who died from Corona?

18. Out of which senior political party leader and former Union Minister Chaman Lal Gupta has passed away recently?

19. Which of the following state government has recently announced a grant of 10 lakh rupees to orphans?

20. CCI has recently approved the sale of subsidiaries of which bank to GPL Finance and Investments Limited?

The US Space agency National Aeronautics and Space Administration (NASA) is developing a new system called the Earth System Observatory, to mitigate efforts related to climate change and disaster mitigation.

American professional golfer Phil Mickelson, created history by winning the 2021 PGA Championship, at the age of 50. With this victory, Mickelson became the oldest player to win a major title in the history of the PGA Tour.

Researchers at the Indian Institute of Technology (IIT) Ropar and Monash University, Australia have developed a detector named ‘FakeBuster’ to identify imposters attending a virtual conference without anybody’s knowledge.

Col Panjab Singh, who was a Major during 1971 war, received the Vir Chakra for his bravery during Operation Cactus Lilly, when his command repelled 9 Pakistani attacks over 2 nights.

Padma Bhushan awardee and noted gastroenterologist Dr. D Nageshwar Reddy, who is also the chairman of AIG Hospitals, has won the highest honour from the American Society of Gastrointestinal Endoscopy (ASGE) — the Rudolf V Schindler Award making him the first Indian to receive this honour.

Ministry of Ayush is organizing various activities in the run-up to the International Day of Yoga, 2021 (21 June). One among these is a series of five webinars that the Ministry is organizing under the broad theme of “Be with Yoga, Be at Home.

Freedom fighter H S Doreswamy, who recently recovered from Covid-19, died of cardiac arrest at a hospital in Bengaluru.

Banking technology startup Zeta has raised $250 million from Japanese investment major SoftBank at a valuation of $1.45 billion. Zeta has become the 14th Indian startup to cross the valuation of $1 billion in 2021.

Andy Jassy will officially become the CEO of Amazon on July 5th, the company announced at a shareholder meeting. Amazon announced that Jassy, who is the current CEO of Amazon Web Services (AWS), would replace Jeff Bezos as CEO of the entire company in February.

Delhi Government has recently announced a compensation of Rs 50,000 to the families of those who died from Corona. Also, recently, the government has announced to bear the expenses of children’s nutrition.

Senior Bharatiya Janata Party leader and former Union Minister Chaman Lal Gupta has passed away recently due to prolonged illness. He recently got infected with Kovid-19 some time back and returned home after successful treatment. On his death, Lt. Governor of Jammu and Kashmir Manoj Sinha has paid tribute.

Government of Andhra Pradesh has recently announced a grant of 10 lakh rupees to the children lost to their parents due to the corona epidemic. It has been decided to deposit a fixed deposit of 10 lakh rupees for the child. The child will get this amount after the age of 25 years.

Competition Commission of India has recently approved the sale of mutual fund subsidiaries of Yes Bank to GPL Finance and Investments Limited.