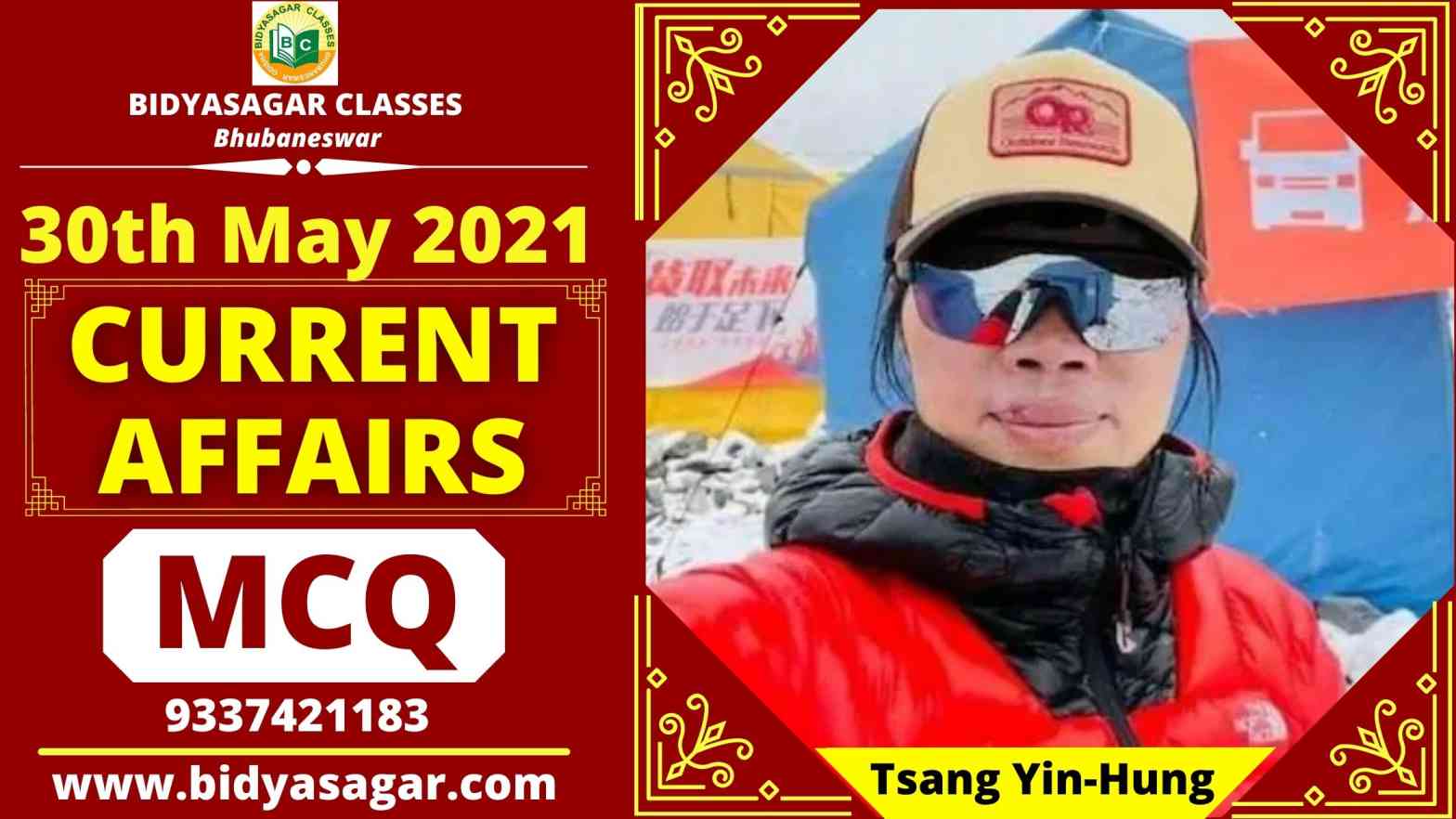 1. The Appointments Committee of the Cabinet, headed by the Prime Minister, has given a one-year extension to Samanta Goel. He is the chief of _______________.

(A) Research and Analysis Wing

2. Who among the following are the Indian peacekeepers to be honored with the UN’s prestigious medal?

(D) All of the above

3. Laurence des Cars makes history by becoming the first woman chief of the Louvre museum. Where is Louvre Museum located?

4.Tsang Yin-hung has recorded “world’s fastest ascent of Everest by a woman” in just 26 hours. She is from which country?

5. Bashar Al-Assad has been re-elected for the 4th term as the President of which of the following country?

7.Who has been appointed as the Commerce Secretary?

8. On which date, International Day of United Nations Peacekeepers is observed every year globally?

(A) Obesity: An Ongoing Pandemic

(B) Gut Microbiome: A Global Perspective

(D) Viral Hepatitis, B and C: Lifting the Global Burden

12. When was the Amnesty International Day is observed?

13.What is the theme of International Day of United Nations Peacekeepers 2021?

(B) Women in Peacekeeping

(C) Investing in Peace Around the World

(D) The road to a lasting peace: Leveraging the power of youth for peace and security###

19. Who has sworn in as the new President of Ecuador?

20. Which country has agreed to sign a $ 200 million currency swap deal with Sri Lanka?

The Appointments Committee of the Cabinet, headed by the PM Modi, has given a one-year extension to Research and Analysis Wing (R&AW) chief Samanta Goel and Intelligence Bureau (IB) chief Arvinda Kumar.

Corporal Yuvraj Singh, civilian peacekeeper Ivan Michael Picardo, and Moolchand Yadav are among those to be honored with the UN’s prestigious medal.

Laurence des Cars makes history by becoming the first woman chief of the Louvre museum in Paris. The museum with historical significance was opened during the French revolution, two centuries ago. She will replace Jean-Luc Martinez, who had been the chief of the museum for eight years, on September 1.

Bashar al-Assad was re-elected as President for a fourth term in war-ravaged Syria, amid accusations that polls were “neither free nor fair”.

Frauds reported by banks fell by 25% in value terms in just one year to Rs 1.38 lakh crore at the end of the fiscal year ended March 2021, data released by the RBI as part of it annual report showed.

J&K Chief Secretary, B V R Subrahmanyam, was on Thursday posted as OSD in the Union Commerce Ministry and will succeed Commerce Secretary Anup Wadhawan on his retirement next month-end.

The “International Day of United Nations Peacekeepers” is observed on May 29 annually.

The theme of World Digestive Health Day 2021 is “Obesity: An Ongoing Pandemic.”

International Everest Day is being observed on 29th May. Nepalese Tenzing Norgay and New Zealand’s Edmund Hillary had climbed Mt. Everest on this day in 1953, as the first humans to achieve the feat.

Amnesty International Day is observed every year on May 28, because it was on this day in 1961 that this non-governmental organization was founded in London.

The 2021 Theme: “The road to a lasting peace: Leveraging the power of youth for peace and security.”

Christine Wormuth was confirmed unanimously by the Senate to be the first female secretary of the Army.

CBSE has launched the ‘Young Warrior’ movement for combating the COVID-19 pandemic. The movement will be supported by the Ministry of Youth Affairs and Sports.

ACCR stands for AYUSH Clinical Case Repository. The portal will give access to the clinical outcomes in the field of alternative therapy and further analysis and research.

Guillermo Lasso has sworn in as the new President of Ecuador. He is a businessman, banker, and center-right politician.

Bangladesh has agreed to sign a $ 200 million currency swap deal with Sri Lanka. Under the agreement, Bangladesh will grant loans of at least $ 200 million to Sri Lanka from its foreign exchange reserves.